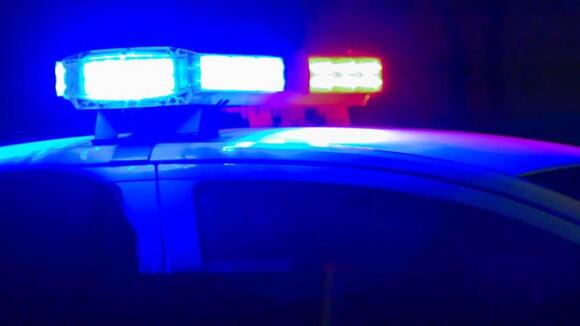 WAYNE COUNTY, Ind. (WDTN) – An Indiana man was found dead in a motorcycle crash in Wayne County a day after he was reported missing.

The Wayne County Sheriff’s Office said deputies were called to the fatal crash in the 12500 block of West U.S. 35 Monday afternoon.

An investigation found that 39-year-old Josh Hufnagle of Winchester, Indiana was traveling south on U.S. 35, northwest of the intersection of U.S. 35 and Jacksonburg Road.

Hufnagle’s motorcycle went off the road, into an embankment before coming to rest in a wooded area along the road. He was pronounced dead at the scene.

Hufnagle had been reported missing since the early morning hours of Sunday, June 26.

The sheriff’s office said speed was likely a factor in the crash. An autopsy will be performed on Hufnagle. The incident is still under investigation.

really 😔 sad ? motorcycles are very dangerous ? especially at night 🌃 ? an alone driving deer anything could be in your distance before you know it ? I know I had one ? prayers to his family 👪 an freinds 😔.

MONTGOMERY COUNTY, Ohio (WDTN) – A man found dead on the side of a road in Harrison Township Monday was identified. The Montgomery County Coroner’s Office identified the man as 58-year-old Mark Danley, of Dayton. The sheriff’s office said deputies were sent to the 3200 block of Philadelphia Drive on the report of an unresponsive […]
DAYTON, OH・5 HOURS AGO
WDTN

1 arrested after police pursuit in Dayton

Regional Dispatch reported that the car was spotted around 9:45 p.m. on Riverside Drive and Forest Park in Harrison Township and a pursuit began.
DAYTON, OH・17 HOURS AGO
WDTN

MIDDLETOWN, Ohio (WDTN) – A suspect is on the run after leading police on a chase onto I-675 in Centerville. At 5:14 p.m. on Monday, Middletown police officers saw a suspect fire shots from the window of a red Pontiac, the Middletown police said. As the vehicle began to pull over, the officers began giving […]
MIDDLETOWN, OH・7 HOURS AGO
WDTN

BUTLER COUNTY, Ohio (WDTN) – A woman was arrested after a child was seen drinking alcohol in a Butler County gas station. Police arrested 26-year-old Victoria Hampton on Friday, August 5 on an endangering children charge and contributing to the unruliness/delinquency of a child charge in connection to the incident. Video shows a 6-year-old walking […]
BUTLER COUNTY, OH・8 HOURS AGO

DAYTON, Ohio (WDTN) – A woman is dead after she was stabbed at a Dayton apartment building Friday. Montgomery County Regional Dispatch said the incident happened on Friday at 6:53 p.m. in the Wentworth HI-Rise apartments on Wentworth Avenue. A woman was stabbed and then taken to Miami Valley Hospital where she later died. The […]
DAYTON, OH・1 DAY AGO
WDTN

"It's a pretty substantial loss if we don't recover it," said Anthony Best with Bluegrass Rides. "This is not just the theft of today, but each day it is on a schedule... It has places to be where people have rented or booked it for their event."
MORAINE, OH・16 HOURS AGO
WDTN

When medics arrived on the scene, they confirmed that the person had died, Montgomery County Regional Dispatch said. No cause of death has been released at this time.
MONTGOMERY COUNTY, OH・1 DAY AGO

Traffic clears after semi, car crash on I-75 NB

According to Montgomery County Regional Dispatch, the incident happened at 8:12 p.m. on Sunday. A man was stabbed after a fight.
DAYTON, OH・1 DAY AGO
WDTN

Man who died in fiery I-70 crash ID’d

Ohio State Highway Patrol reported that the crash occurred on August 10 around 4:30 p.m. in the eastbound lanes of I-70 near State Route 49.
CLAY TOWNSHIP, MI・1 DAY AGO

2 hospitalized after vehicle crashes in Dayton

According to Montgomery County Regional Dispatch, a vehicle went off the road into a ditch just after 11 p.m. on Sunday.
DAYTON, OH・1 DAY AGO
WDTN

MONTGOMERY COUNTY, Ohio (WDTN) – One person has been injured after five cars and a semi-truck collided on I-75 on Monday. Dispatchers with Miami Township said the crash happened at 1:47 p.m. on I-75 southbound, just after Lyons Road and before State Route 725. According to Officer William Olinger with Miami Township Police, six vehicles […]
MONTGOMERY COUNTY, OH・1 DAY AGO
WDTN

Xenia man sentenced for raping child babysat by his family

GREENE COUNTY, Ohio (WDTN) – A 25-year-old Xenia man was sentenced Monday for raping a child. Timothy Hagler was sentenced to 15 years to life in prison for the rape of a child under 10, according to the Greene County Prosecutor’s Office. According to court documents, Hagler repeatedly sexually assaulted a child between 2017 and […]
XENIA, OH・7 HOURS AGO
WDTN

One person was injured in the crash, however, there is no word on their condition at this time.
ENGLEWOOD, OH・1 DAY AGO
WDTN

The Darke County Sheriff's Office says the driver of the car drove into the opposite lane of traffic and off road into a ditch, striking a covert. The car then flipped at the intersection.
DARKE COUNTY, OH・2 DAYS AGO
WDTN

MONTGOMERY COUNTY, Ohio (WDTN) – A highway is shut down in Miami Township after a multi-vehicle crash Monday. Dispatchers with Miami Township said the crash happened at 1:47 p.m. on I-75 southbound, just after Lyons Road and before State Route 725. Five vehicles were involved in the crash. All lanes of I-75 southbound are closed […]
MIAMI COUNTY, OH・1 DAY AGO
WDTN

Sixty-one-year-old Linda Matson of Xenia pleaded guilty to a charge of making false statements to a federal agent on Monday.
XENIA, OH・8 HOURS AGO