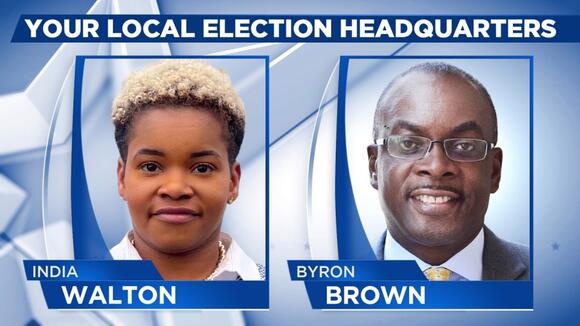 BUFFALO, N.Y. (WIVB) — A poll worker who was accused of pre-stamping ballots for Byron Brown during November’s hotly contested Buffalo mayoral race pleaded guilty Monday to a misdemeanor charge and was ordered to pay a $100 fine.

Get the latest news, weather, sports, and entertainment delivered right to your inbox!

Luz Pena, a 59-year-old from Buffalo, was unconditionally discharged after her plea. She was facing a felony charge that could have carried up to four years in prison.

Brown, the incumbent, was running as a write-in candidate after losing the Democratic primary to India Walton, who ran an upstart campaign as a proud democratic socialist. Voters needed to write down Brown’s name on their ballotx—or stamp it, using stamps his campaign handed out. Brown ended up winning the election by more than 10,000 votes.

Pena was working at a polling place at the Belle Center on Maryland Street when the incident took place on November 2. She officially pleaded guilty to one count of attempting to commit a crime against the elective franchise, which the district attorney’s office said is an unclassified misdemeanor under New York Election Law. Her felony charge was for unlawful use of pasters upon a ballot.

Officials were alerted of the allegation of illegal ballot stamping on election day. Erie County’s Republican and Democratic elections commissioners issued a joint statement the following day, saying, “As soon as we were made aware of the alleged incident, the inspectors in question were dismissed and replaced. We have referred this matter to the District Attorney’s office for a full review and investigation.”