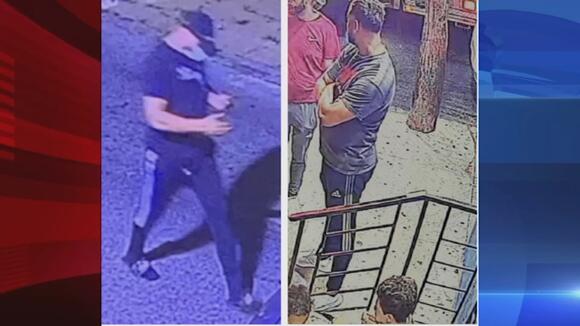 A building owner has been charged with allegedly setting a fire that led to the death of a Philadelphia firefighter. Al-Ashraf Khalil, 28, is charged with maliciously damaging a building by means of fire and aiding and abetting. Investigators say Khalil owned the three-story commercial building that went up in flames and collapsed on June 18 on West Indiana Avenue. Khalil was captured in surveillance images going in and out of the building minutes before it caught fire, according to a criminal complaint, and smoke was seen coming from the location a short time later. The fire was started in the kitchen area on the first floor of the business.

Authorities announce arrest on June 28, 2022, in an arson case that killed a Philadelphia firefighter.

Investigators say Khalil fled the country after he was questioned by investigators. Images released by court documents include one allegedly showing Khalil at the scene. "Khalil allegedly told investigators, provided false information to the investigators about where he was at the time that he learned of the fire. This information, as alleged in the criminal complaint, is directly contradicted by the video surveillance, and in fact his own voice which was recorded by surveillance equipment," said Nelson S.T. Thayer Jr., the first assistant United States Attorney for the Eastern District of Pennsylvania. 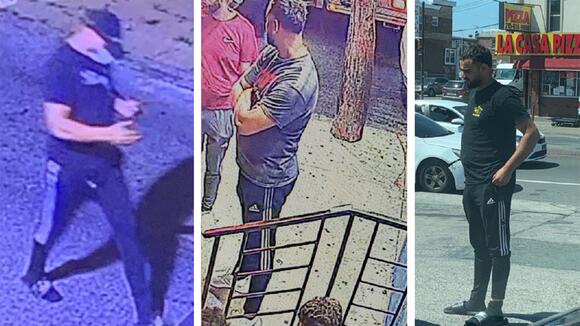 Left: One of the suspects in the fire. Center: Image allegedly showing Khalil at the scene. Right: Khalil during an interview with investigators.

Khalil was wearing distinctive striped sweatpants and black-and-white slides when he entered the building, and again when he returned to the scene, authorities said. Khalil allegedly told investigators at the scene that he had been at his Philadelphia home when he received a call from a tenant in the apartments he leased out above the pizza shop, but officials say they determined he actually took that call a few blocks from the scene. On June 21, Khalil booked a one-way flight from John F. Kennedy International Airport to Jordan, with a layover in Dubai -- despite allegedly telling investigators that he had no travel plans. On June 22, a judge approved an arrest warrant for Khalil. The ATF tells Action News Khalil was refused entry into Jordan and detained before being sent back to the United States. He was taken into custody at John F. Kennedy International Airport in New York on June 24. Eric Gartner, United States Marshal for the Eastern District of Pennsylvania, said Khalil was arrested in designated handcuffs with the initials and badge number of Firefighter Sean Williamson, who was killed in the collapse. 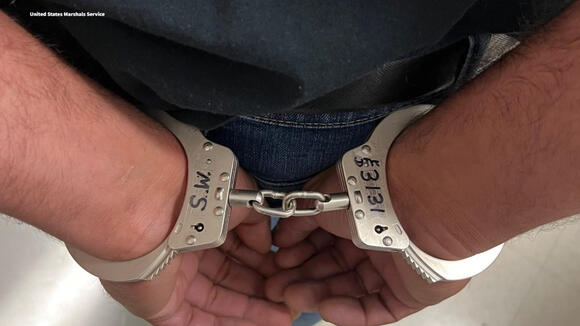 An attorney for Khalil issued a statement early Wednesday, "Mr Khalil had no role in starting the fire of his property and is in awe of the courage of the fireman involved and especially the sacrifice of Lt. Sean Williamson. He gives his condolences to the Lt and his family during this difficult time. He has and will continue assisting fully in this ongoing investigation." Investigators are also looking for a second suspect seen on video, however, authorities declined to comment further on the person's identity. Philadelphia Fire Commissioner Adam Thiel praised investigators for their swift action in the case and had a warning for others thinking about starting a fire. "The lesson here is if you're thinking about it, think hard because you can't run and you can't hide. This team will find you wherever you go," said Thiel. Williamson, 51, was a 27-year veteran of the Philadelphia Fire Department. He was most recently assigned to Ladder 18 in Hunting Park and leaves behind his mother and son. He was laid to rest Monday.

One firefighter has died after being trapped in a building that caught fire in Philadelphia and then collapsed Saturday morning, fire officials said.

RELATED: Funeral held for fallen Philadelphia firefighter Lt. Sean Williamson During his funeral, he was remembered as a dedicated firefighter who tirelessly served the city. "Firefighters, and all first responders, lay down their lives for strangers. And that's what Lt. Sean Williamson did," said the Rev. James Casey. "He performed the greatest act of love." Four other firefighters and an inspector with the city's Department of Licenses and Inspections were also trapped at the time of the collapse. One firefighter jumped from the second story of the rubble, officials said. Lt. Williamson will be posthumously promoted to the rank of captain on Thursday. Authorities said Tuesday that if convicted, Khalil could face a death sentence.

Lieutenant Sean Williamson, a Philadelphia firefighter who was killed in the line of duty earlier this month, was laid to rest Monday.

Thank God he was captured.Thought he was going to get away going to his Homeland.

Yep people run and hide every day and don’t get caught. Good catch on this one but what about the others

24-Year-Old Ga. Woman Who Mysteriously Vanished Weeks Ago Was Reportedly Last Seen at an Apartment With 2 Men

A Georgia mom is pleading for the safe return of her daughter, who vanished more than two weeks ago. According to a release from the Atlanta Police Department, 24-year-old Allahnia Lenoir was last seen at an apartment complex July 30. Speaking with WSB-TV, Lenoir's mother Jannette Jackson says Lenoir left...
1 DAY AGO
The US Sun

A POTENTIAL burial site found during the search for a missing teenage girl unearthed the remains of a dog, as cops slam the tip which led to the discovery as frustrating. Kiely Rodni, 16, has been missing for more than a week after mysteriously vanishing from a campground party - with her last text message to her mom claiming she was on her way home.
TRUCKEE, CA・1 DAY AGO