What is a Blue Alert? 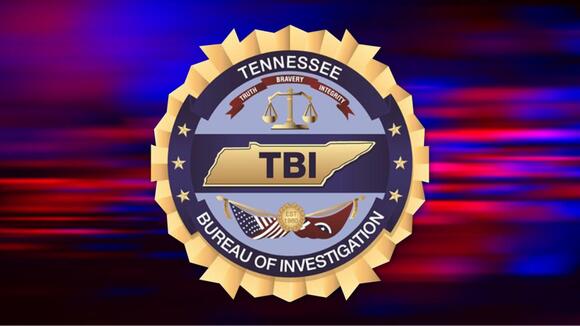 NASHVILLE, Tenn. (WKRN) — Among the various alerts from law enforcement that you may notice flashing across your cellphone screen or appearing in your social media feeds is the Blue Alert.

The Tennessee Bureau of Investigation (TBI) has issued a Blue Alert for Samuel Quinton Edwards . The 34-year-old man is accused of shooting a Hendersonville police officer Monday night during a police chase . He was later killed by police in Kentucky.

A second alert, issued Tuesday evening, is for BJ Brown . The 32-year-old is accused of shooting an Erin police officer during a traffic stop Monday night.

What is a Blue Alert?

TBI began issuing Blue Alerts in July 2011. The purpose of the system—established by Tennessee Code ( TCA 38-6-122 )—is to provide “rapid dissemination of information to the public to assist in apprehending violent criminals who kill or seriously injure law enforcement officers in the line of duty or to aid in locating a missing officer where foul play is involved.”

Who issues a Blue Alert?

The alerts are issued by the staff in TBI’s Criminal Intelligence Unit. According to TBI’s website, when the department receives a request from a law enforcement agency that death or serious injury of a law enforcement officer has occurred, administrators will ensure that the Blue Alert criteria have been met, then proceed to issue the alert.

All the following criteria must be met for TBI to activate a Blue Alert:

The Blue Alert for Samuel Q. Edwards was issued on Tuesday , June 28. He is wanted by the Metro Nashville Police Department and the TBI for Attempted Criminal Homicide and Evading Arrest by Motor Vehicle.

Edwards is believed to be armed with two guns. If you see him, you are asked to call 911 immediately.

There are currently 37 states with protocols to transmit Blue Alerts via TV, radio, cellphone, wireless device, highway message signs and other devices to “aid in the apprehension of violent criminals who have killed, or seriously injured an officer in the line of duty,” according to the Department of Justice’s Community Oriented Policing Services.

May God bless the officer that was assaulted. God speed, safety and prayers for all involved!🙏🏻

I sorry that anybody gets shot. But citizens lives are just as important as cops lives are, I want JUSTICE FOR ALL.

Lawlessness, We Need Law & Order to have a Country. I would hope people would respect those that fight for our Safety. Don't like it move to another Country.

The Tennessee Bureau of Investigation has identified four people killed in an suspected murder-suicide in LaFollette earlier this month.
LAFOLLETTE, TN・10 HOURS AGO
WATE

Rachal Dollard was taken into custody by TDOC special agents and the Dickson County Sheriff’s Department on a warrant from a sealed indictment in Hickman County.
HICKMAN COUNTY, TN・12 HOURS AGO
WATE

KNOXVILLE, Tenn. (WATE) — More than 18,000 teenagers between 15-17 years old have taken the driver’s license knowledge test online in the three months since Tennessee created the option according to the Tennessee Department of Safety and Homeland Security. The new option allows the test to be taken...
TENNESSEE STATE・12 HOURS AGO

The medical investigator's report was made public Monday by the Santa Fe County Sheriff's Office along with numerous reports from the FBI.
SANTA FE COUNTY, NM・17 HOURS AGO
WATE

The body of a 57-year-old Georgia man was recovered from 36 feet of water on Parksville Lake in Polk County on Monday afternoon, according to the Tennessee Wildlife Resources Agency.
POLK COUNTY, TN・18 HOURS AGO
WATE

The Tennesse Wildlife Resources Agency is updating chronic wasting disease testing procedures for wild deer and elk in Tennessee to ensure CWD does not spread from West Tennessee to the rest of the state.
TENNESSEE STATE・11 HOURS AGO
WATE

A soldier stationed at Fort Campbell was killed over the weekend in Kentucky.
FORT CAMPBELL, KY・1 DAY AGO

PHOTOS: TWRA cares for buck with crossbow bolt in head

The Tennessee Wildlife Resources Agency (TWRA) is warning hunters to wait until the proper season after a mature buck was found alive with a crossbow bolt in its head.
HENDERSONVILLE, TN・1 DAY AGO
WATE

KNOXVILLE, Tenn. (WATE) — Two men who were on the fugitive list for the East Tennessee Valley Crime Stoppers were both found and arrested for several charges on Sunday, Aug. 14. Both suspects were charged for different incidents. Crime stoppers said Donnie Tharpe, 33, was apprehended shortly after appearing...
PUBLIC SAFETY・2 DAYS AGO
WATE

The new school year is bringing a new grading scale along with it because Tennessee lawmakers said the previous grading scale presented challenges for families.
TENNESSEE STATE・14 HOURS AGO

A Texas man was arrested after officials said he attempted to use a drone to deliver drugs and other contraband into a prison.
FORT WORTH, TX・3 DAYS AGO
WATE

The latest FBI forensic report shows that the .45 colt caliber used in the fatal shooting on the “Rust” movie set could not have been fired without pulling the trigger.
PUBLIC SAFETY・1 DAY AGO
WATE

Although the Tennessee Supreme Court struck down the amendment in the 1970s, our constitution technically says religious officials aren’t allowed to take office in either house of the legislature. However, this could change in November.
TENNESSEE STATE・1 DAY AGO
WATE

Tennessee Senator Marsha Blackburn took some questions during her visit to Nashville, but nothing outside the scope of the Pathfinder program.
TENNESSEE STATE・1 DAY AGO
WATE

The Tennessee Department of Correction has received a $200,000 grant to assist offenders finishing their sentences to find stable housing upon release.
TENNESSEE STATE・1 DAY AGO
WATE

The East Tennessee Valley Crime Stoppers and the Knoxville Police Department are calling for tips from anyone who may know more about the fatal shooting that occurred Sunday morning just outside Bebo's Café. WATE Midday News.
KNOXVILLE, TN・11 HOURS AGO
WATE