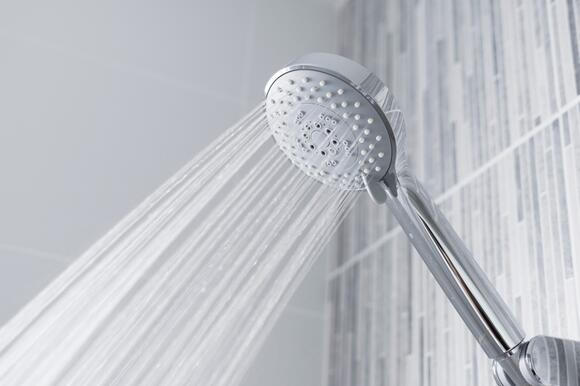 PLYMOUTH, Ind. — An Iowa man was arrested at a northern Indiana truck stop after police say he overstayed his welcome in the shower area.

Police in Plymouth were called to the Love’s truck stop at 2952 Gary Drive at 2:12 a.m. Thursday.

Employees told them a man refused to leave his shower stall after his paid time had run out. Officers say they were told the man had been in the shower room for more than four hours and refused to open the door.

He also refused to open the door to police. An employee had to unlock the door to make entry.

Police say the man continued to refuse to leave after being asked several more times by officers and Love’s workers.

For the latest news, weather, sports, and streaming video, head to WANE 15.

I gotta be honest... as a truck driver myself I didn't know there was such thing as a time limit for a shower... especially at 2am...the dead time as everyone knows

Maybe he thought he had rented a room for the night, at least he was clean for his night in jail!

Just turn the water off. It's people like this that cause problems for most people. You had your time now move on. Probably some homeless bum trying to consume as much as they can like they always do.

In order to receive funding, projects were evaluated on several criteria, including safety and environmental sustainability, among other factors.
INDIANA STATE・2 DAYS AGO
WANE 15

Corporal Keely Ray, an Allen County confinement officer with 16 years at the jail, has seen the desperate side of drug addiction. The slide into drugs, the petty theft to feed the habit, missed court dates, incarceration, painful detox at the jail, release that sends inmates back to their old ways and, sometimes, in this era […]
ALLEN COUNTY, IN・1 DAY AGO
WANE 15

Purdue Fort Wayne hosts Goshen for one more exhibition on Monday before kicking off regular season play.
FORT WAYNE, IN・3 HOURS AGO
WANE 15

HUNTINGTON, Ind. (WANE) – There’s an excitement surrounding the Huntington North football program as the Vikings move from Kriegbaum Stadium to their new state-of-the art athletic complex – and fans are hoping that excitement equals more wins in the 2022 after going 2-8 last season. Offensively, Bob Prescott enters his fourth season at Huntington North […]
2 DAYS AGO