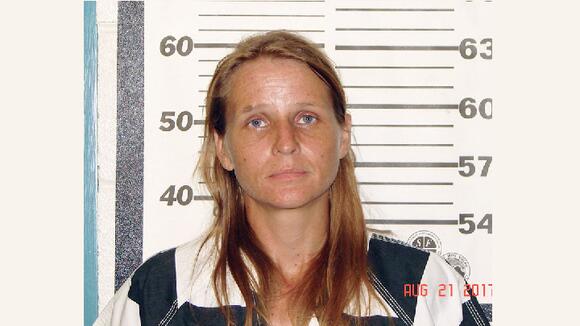 UPDATE 4:35 P.M.: The court adjourned for the day to give the defense an opportunity to review records that are planned to be submitted tomorrow. The trial is scheduled to resume at approximately 9 a.m. tomorrow, June 29. OzarksFirst will continue to bring you coverage of the trial when it resumes Wednesday.

UPDATE 2:45 P.M.: Tamile Montague, the adoptive mother of Savannah Leckie, was called to testify in her experience while having Savannah and why she was staying with Ruud.

Montague in her testimony said Savannah had been diagnosed with depression, ADHD and aspergers, and had been hospitalized related to her depression twice while staying with Montague, one stay related to self-harm.

Montague said she began looking for alternative housing for Savannah after she became combative at home. After asking David Leckie to take in Savannah and being refused, David Leckie made contact with Rebecca Ruud to see if she would take care of her.

Montague said she didn’t want to give up her parental rights permanently, but had experienced issues with Savannah fighting Montague and her other children. Savannah was sent to stay with Ruud short-term with the intention of getting her behavior back on track.

UPDATE : Robert Peat Jr. testified this afternoon that the day Savannah went missing, he and Rebecca Ruud were looking for her, and Ruud reported Savannah missing.

Peat Jr. and Ruud are still married and he testified that Rebecca never told him that she burned Savannah’s body or did anything with it.

SPRINGFIELD, Mo.– The trial for an Ozark County woman who is accused of killing and dismembering her teenage daughter began Monday morning in a Greene County courtroom. Rebecca Ruud is charged with first-degree murder, second-degree murder, child abuse resulting in death, tampering with evidence, and abandonment of a corpse.

On Monday , Ruud’s defense attorneys acknowledged that Ruud admitted to burning her 16-year-old daughter Savannah Leckie’s body in 2017, but said Ruud did not kill Leckie. It was Ruud who reported Leckie missing from their home near Theodosia.

Also on Monday prosecutors played a recording between Rebecca Ruud and her lawyer where Ruud admits to burning her daughter’s body. On the tape, Ruud said her daughter killed herself. Ruud then admitted to finding her body and taking it to a burn pile.

Ruud’s bench trial is expected to last until Wednesday or Thursday. Prosecutors said they will call Robert Peat, Jr. to the stand. Ruud married Peat Jr. the day Leckie’s remains were found. He is currently facing the same charges as Ruud. A trial date has not been set for Peat Jr.

Since this is a bench trial, Greene County Judge Calvin Holden will make a ruling based on the evidence and will hand down the sentence. Holden may rule the week of the trial but can also take the case under advisement and rule at a later time.

if your daughter killed herself as you claim no mother would take their kid to a burn pile and would call the police right then unless they had holes in their story or stuff to hide. crazy.. I know nothing about this case, but she sounds guilty

MARSHFIELD, Mo. — One of seven Webster County men charged with sexually abusing a child has been sentenced to seven years in prison on a reduced charge of child molestation. Jeremy Russell, 24, was originally charged with four felony counts of first-degree statutory rape or attempted statutory rape on a person less than 14 years […]
WEBSTER COUNTY, MO・1 DAY AGO
KOLR10 News

Missouri had the fourth highest rate of gun deaths in the nation, according to the Centers for Disease Control. Though the majority of these are intentional deaths, many are accidental.
MISSOURI STATE・1 DAY AGO
KOLR10 News

Missouri has most Black homicide victims in nation

STELLA, Mo. — It’s prime wildfire season in the western United States, which requires firefighters and paramedics from all fifty states to help extinguish. Here in Missouri, there’s one man living locally who answers the call for help out west: Levi Clymer from Stella. Most of the year, Levi Clymer works as a firefighter for […]
STELLA, MO・1 DAY AGO
KOLR10 News

The family of Gabby Petito filed a wrongful death lawsuit Monday against the Moab City Police Department related to the handling of an encounter between Petito and her then-fiancé, Brian Laundrie while in Utah in August 2021.
MOAB, UT・2 DAYS AGO
KOLR10 News

Missouri used car salesman hides over $300,000 in commissions from IRS

A used car salesman from Imperial, Missouri appeared in federal court Monday and confessed to hiding over $300,000 in sales commissions from the IRS.
IMPERIAL, MO・1 DAY AGO

A $174,000 Show Me Cash prize was awarded to a ticket purchased in Springfield, but the prize has not been claimed yet.
SPRINGFIELD, MO・1 DAY AGO
KOLR10 News

What legal recreational marijuana could mean for Missouri

If this is passed in the November election, it will remove state restrictions on adults over 21 for personal use and allow those who have committed certain non-violent marijuana-related felonies to ask for their release from prison, parole, or probation and have their records cleaned.
MISSOURI STATE・1 DAY AGO
KOLR10 News

Less-potent marijuana and federal law at the center of a lawsuit.
ARKANSAS STATE・2 DAYS AGO
KOLR10 News

Arkansas ranks poorly for its percent of underprivileged children

Recreational marijuana amendment will be on Missouri’s November ballot

In November, Missourians will be faced with the question of whether to legalize recreational marijuana under the initiative submitted by Legal Missouri 2022.
MISSOURI STATE・1 DAY AGO

The Missouri State Fair is back at the state fairgrounds in Sedalia from August 11-21, 2022. This year the theme is “Buckets of Fun.”
SEDALIA, MO・2 DAYS AGO
KOLR10 News

It is now easier to become a Missouri substitute teacher

SPRINGFIELD, Mo. — Amid a substitute teacher shortage, Missouri Governor Mike Parson signed a bill that makes it easier for people to take up the profession. People who wanted to become substitute teachers in Missouri used to be required to have 60 college credit hours. As of June of this year, the state will only […]
MISSOURI STATE・2 DAYS AGO
KOLR10 News

Convoy of Hope sends supplies to Kentucky families amongst flooding

REPUBLIC, Mo. – Convoy of Hope is helping out families in Kentucky who are struggling with the recent flooding. Ethan Forhetz with Convoy of Hope says the organization has sent over 300,000 pounds of relief supplies to Kentucky on trucks. “It is mostly water because their water systems were knocked offline,” said Forhetz. Convoy of […]
KENTUCKY STATE・2 DAYS AGO
KOLR10 News