State auditors discovered financial irregularities on the part of officials in the Town of Eros in Jackson Parish. They also determined that the town should not be a town at all.

Auditor: Caldwell deputy took $170K in taxes for herself, daughter

The Louisiana Legislative Auditor's office said in September 2021, the office received a complaint from former Police Chief Aaron Rayburn that he, Mayor Kelly Gryder and two other public employees improperly received unemployment benefits during the COVID-19 pandemic while working for the town. The Legislative Auditor initiated an investigative audit to determine the validity of this complaint. 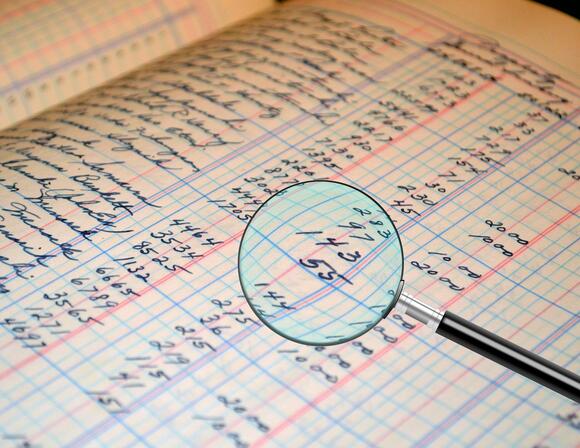 Auditors found the Louisiana Workforce Commission paid $13,047 in unemployment benefits to the mayor, $11,633 to Maintenance Operator Brian Costin and $11,406 to former Police Chief Aaron Rayburn between April 13 and Sept. 18, 2020.

The three claimed they worked for Aaron Rayburn Enterprises LLC to claim the state benefits.

The investigation found the third person accused did not work for receive pay from the town during that period, though they did claim to work for the same LLC and may have received benefits based on work with another employer.

Auditors reviewed town payroll records and bank statements, which show Gryder and Costin each received their regular payroll checks from the town while they received unemployment benefits from April to September 2020. During this period, the town paid Gryder her salary of $456 per week and paid Costin’s regular salary, which was $460 per week, then increased to $500 per week.

These records confirmed that payroll checks issued to Gryder and Costin were not processed through the computerized accounting system but were handwritten and appear to have been issued by Gryder, auditors said.

Initially, Gryder and Costin said they didn't apply for benefits or know that any had been obtained in their names.

Later, both said they applied for benefits under Rayburn's instruction, with him present and providing the details they'd need.

Gryder, in her response, also said the idea to write the checks and navigate around the paper payroll system was Rayburn's and he wanted to get enough people to apply to help under his company to get Paycheck Protection Program money.

Rayburn disputed those findings in a written response to the audit. Writing in the third person, Rayburn said he earned no income from the town while receiving unemployment benefits.

"During the time he was receiving unemployment benefits, had Mr. Rayburn received his regular income, it would have been only $500 per month," Rayburn wrote. "Again, he did not receive this money. As the money he would have received from the Town of Eros was nominal at best, he felt that he should not receive any money while he was receiving unemployment."

He also said he didn't know the others used his LLC to apply for benefits.

The auditors hold that the trio "may have violated state law."Town paid $8K more than it should have

"This amount included improper leave payouts totaling $7,080 and Christmas bonuses totaling $850," the audit read. "During this period, these employees/officials did not complete timesheets and may not have been entitled to leave benefits. Further, the payment of Christmas bonuses may have violated the Louisiana Constitution, which prohibits the donation of public funds. The payment of excess compensation to Town employees/officials may have violated the Louisiana Constitution and state law."

Auditors found town records indicated utility payment transactions totaling $28,088 were received and/or recorded in the utility system but were not deposited into the town’s bank accounts between Jan. 1, 2020, and Dec. 31, 2021.

Crowville: Car runs into fire station, mural damaged 48 hours after it was finished

"During this period, Mayor Gryder and four different Town clerks were responsible for handling utility collections," the audit read. "Records show that the Town did not issue receipts for all payments collected and failed to deposit collections daily into the Town’s bank account. By failing to ensure that all monies were properly documented and deposited on a daily basis, Mayor Gryder may have violated state law."

In her response, Gryder disputed the result of the audit.

"The town ... had a single audit done for the year in question and he did not find any of these things so it's hard to understand why he didn't find what you all found when he had the same paperwork," Gryder wrote. "The town paid $9,000 for that audit."

Population means the town is actually a village

The auditor also said that the town should be properly classified as a village.

"Because the Town has less than 1,000 inhabitants, state law requires the Board to adopt a resolution requesting the governor to change its classification to the appropriate classification based on the Town’s current population," the audit read.

Census data shows the town had over 1,000 residents in 1920 and was the largest town in Jackson Parish when a sawmill operated in the area. The sawmill moved to Olla in 1926, however, and the population fell to203 in 1930.

Eros has not been home to more than 285 residents in any census since.