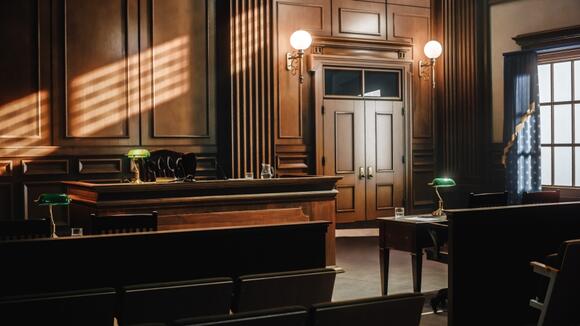 CHICAGO – A Macoupin County, Illinois man could be imprisoned for the rest of his life if convicted on 15 counts related to possession and dissemination of child pornography.

The Illinois Attorney General’s Office said 32-year-old Alex Ivey was arrested on Thursday, June 23 at his Staunton home. Investigators with the Macoupin County Sheriff’s Office and the Staunton Police Department searched the home and found Ivey had the illicit material in his residence.

If convicted, Ivey faces between six and 30 years in prison on each count of dissemination, and between three and seven years for each count of possession.

ST. LOUIS COUNTY, Mo. – A Florissant man accused of shooting another man just after they departed a MetroBus told police he didn’t mean to shoot the victim so many times. The St. Louis County Prosecuting Attorney’s Office charged Johnny Evans with one count of first-degree assault and one count of armed criminal action.
FLORISSANT, MO・11 HOURS AGO
FOX2Now

Weapons charge for man arrested at I-170 and Ladue Tuesday

ST. LOUIS COUNTY, Mo. – A man arrested Tuesday afternoon following a high-speed chase on Interstate 170 is facing a weapons charge. According to the St. Louis County Police Department, law enforcement was searching for a late-model BMW X4 with heavily-tinted windows last seen fleeing a murder scene in Normandy on August 7. On August 9, officers with the county’s Drug Task Force unit spotted the vehicle near the St. Louis Galleria and attempted to make a traffic stop.
NORMANDY, MO・10 HOURS AGO
FOX2Now

ST. LOUIS – A St. Louis County man will spend the next year of his life in federal prison for breaking into seven Missouri beauty stores over a two-month period in late 2020 and early 2021. Prosecutors with the U.S. Attorney’s Office for the Eastern District of Missouri said...
SAINT LOUIS, MO・11 HOURS AGO
FOX 2

Deputies with the Madison County Sheriff's Office seized 280 pounds of marijuana during a recent drug bust in Godfrey.
GODFREY, IL・1 DAY AGO

Woman sentenced over fire at St. Louis 7-Eleven amid protests

A federal judge has sentenced a woman in connection with a fire at a St. Louis 7-Eleven location that stemmed from a 2020 protest.
SAINT LOUIS, MO・1 DAY AGO
FOX 2

A St. Louis woman is facing weapons and drug charges for allegedly shooting at police and other incidents in 2020 and 2021.
SAINT LOUIS, MO・2 DAYS AGO
FOX 2

Suspect in fatal hit and run near Ted Drewes released

A man arrested in connection with a fatal hit and run near Ted Drewes last month was released Tuesday after 24 hours in police custody.
SAINT LOUIS, MO・1 DAY AGO
FOX2Now

Police: Person of interest in Normandy homicide in custody after I-170 crash

LADUE, Mo. – St. Louis County police are investigating a crash Tuesday on Interstate 170 in Ladue. The crash happened around 2 p.m. on the interstate off-ramp to Ladue Road. Police said the people inside the vehicle ran from the scene but were captured a short time later. According...
NORMANDY, MO・1 DAY AGO

An investigation is underway after someone shot and killed a man Monday in north St. Louis.
SAINT LOUIS, MO・1 DAY AGO
FOX 2

St. Louis man admits threatening to blow up a synagogue

A St. Louis man appeared in U.S. District Court on Monday to admit to threatening to blow up a synagogue in 2021.
SAINT LOUIS, MO・2 DAYS AGO
FOX 2

A St. Louis man appeared in federal court Monday and admitted trying to have a man who owed him more than $100,000 killed.
SAINT LOUIS, MO・2 DAYS AGO
FOX 2

Shelter in Place: One injured in Madison, Illinois warehouse fire

A warehouse was on fire in Madison, Illinois Wednesday near the World Wide Technology Raceway. One warehouse employee was injured in the fire and at least two buildings were destroyed.
MADISON, IL・17 HOURS AGO

ST. LOUIS – A 19-year-old man was shot and killed early Wednesday morning. The shooting happened at an apartment building near SLU’s campus around 12:15 a.m. on South Grand near Forest Park Avenue. The victim died at the scene. A SLU security officer said many SLU students live at that apartment building, but the victim was not a SLU student. It […]
SAINT LOUIS, MO・19 HOURS AGO
FOX 2

The Ballwin Police Department is asking for the public's help with finding a suspect in connection with a crash outside of a community center earlier this month.
BALLWIN, MO・1 DAY AGO
FOX 2

Man arrested for fatal hit and run near Ted Drewes

A 25-year-old man was arrested Monday in connection with a fatal hit and run near Ted Drewes last month.
SAINT LOUIS, MO・2 DAYS AGO
FOX 2

We’ve told you about a star witness who admitted she lied about a case that imprisoned Bertha Owens for life. Now, Owens’ original attorney explains why there may not have been a murder in the first place.
SAINT LOUIS, MO・2 DAYS AGO
FOX 2

ST. LOUIS – Frontenac Police said they are seeing more and more people violating the rules of handicap parking spots. “These are not victimless crimes,” the Frontenac Police Department said in a Facebook post. These violators can prevent disabled individuals from performing essential tasks such as grocery shopping and getting to doctor’s appointments.” The department […]
FRONTENAC, MO・1 DAY AGO
FOX2Now

Three St. Louis police organizations have filed a lawsuit against the city to block a law expanding civilian oversight of the police. The law, which was approved by the St. Louis Board of Alderman last month and signed last week by Mayor Tishaura Jones, would create the Division of Civilian Oversight. Over the next year, the civilian-led independent agency will build a team of 10 investigators to take over all internal police investigations that have to do with misconduct and use of force.
SAINT LOUIS, MO・16 HOURS AGO