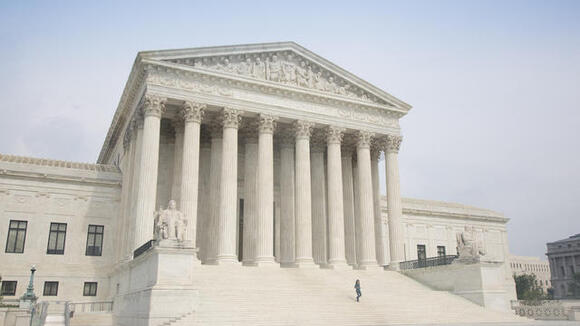 PITTSBURGH (KDKA) — The Supreme Court's decision to overturn abortion rights for all has created concern about other rights grounded in the same provisions of the U.S. Constitution.

As KDKA political editor Jon Delano, an attorney, explains, it's not clear yet how far this conservative court will go in future cases.

In law school, hours are spent debating constitutional rights that we often take for granted but are not explicitly spelled out in the Constitution. Now, scholars say the Supreme Court's action in the Dobbs case to overturn abortion rights calls some of those other rights into question.

"People should be quite concerned about the precedent this opinion has for other rights that we hold dear," Professor Greer Donley from the University of Pittsburgh Law School said.

They are called substantive due process rights, grounded in the 14th Amendment and approved by earlier Supreme Courts, even if not explicitly spelled out in the Constitution.

In striking down Roe, Justice Samuel Alito basically said abortion rights did not exist when the 14th Amendment was passed in 1868, so it cannot be a substantive due process right. That opens the door, says Donley, to repeal these other rights.

"Nothing in this opinion should be understood to cast doubt on precedents that do not concern abortion," Alito wrote in the majority opinion.

"I do not buy Justice Alito's attempt to limit this case," said Sara Rose, the deputy legal director of the Pennsylvania ACLU.

"There's just no way to distinguish the decision here from any of the other decisions that recognize this right to privacy in one's own home, the right to make decisions about sexual partners, or contraception," adds Rose.

"As a matter of logic or legal precedent, there's very good ground for us to believe that those things could change," said Professor Amy Wildermuth, the dean of the University of Pittsburgh Law School who once clerked at the Supreme Court.

Wildermuth said these other rights could be next, but "At this point, I don't see five justices willing to do that."

To get a case to the Supreme Court to overturn birth control, intermarriage, or same-sex marriage would require a state, county or municipality to outlaw it, arguing, as some did with Roe, that the earlier cases were wrongly decided.

"We're seeing a new crop of these sorts of ordinances, legislation, actions by government officials that could give rise to these new questions. What we thought were settled may or may not be settled," notes Wildermuth.

Of course, the court may have different justices by then, confirmed by the Senate, or Congress could pass a federal law protecting those rights.

But it all comes down to who votes for whom this November and in the years to come.

While the focus has been on the federal Constitution, Pennsylvania has a state Constitution that declares equality of rights cannot be abridged because of gender or race.  It's not clear yet how that could protect abortion rights or any of these other rights at risk in this state.

no rights were overturned. let's stop saying this. the government did not have the authority to make this decision in the first place. it is a states rights issue and it went back from which it was taken. this recent decision did not remove your rights. if your state does that's a different matter, but the federal government did not take your rights

abortion is not covered in the constitution. your right to whine and cry is protected under the first, and that right is guaranteed by the second.

WASHINGTON (AP) — U.S. Rep. Scott Perry said his cellphone was seized Tuesday morning by FBI agents carrying a search warrant.The circumstances surrounding the seizure were not immediately known. Perry, though, has been a figure in the congressional investigation into President Donald Trump's actions leading up to the Jan. 6, 2021, Capitol insurrection.Former senior Justice Department officials have testified that Perry, a Pennsylvania Republican, had "an important role" in Trump's effort to try to install Jeffrey Clark — a top Justice official who was pushing Trump's baseless claims of election fraud — as the acting attorney general.In a statement Tuesday,...
PENNSYLVANIA STATE・3 DAYS AGO
The List

The FBI carried out an unprecedented raid at Donald Trump's Mar-a-Lago home in Palm Beach, Florida, on Aug. 8, 2022. Trump released a statement saying the "unannounced raid on my home was not necessary or appropriate." However, Attorney General Merrick Garland said that the Department of Justice requested to the...
PALM BEACH, FL・21 HOURS AGO
Business Insider

Elaine Chao, Trump's former Transportation Secretary, met with the January 6 panel, per CNN. Chao, who is also Mitch McConnell's wife, swiftly resigned the day after the Capitol breach. Chao was reportedly in talks to invoke the 25th amendment to remove Trump from office at the time. Donald Trump's former...
POTUS・1 DAY AGO
CBS Pittsburgh

PITTSBURGH (KDKA) -- The FBI has delivered subpoenas to several Pennsylvania lawmakers after they confiscated Republican State Rep. Scott Perry's phone as a part of a probe into a scheme to install alternate Trump electors.According to PennLive, agents visited several Pa. House and Senate Republican lawmaker's offices at the State Capitol.Right now, it remains unclear which lawmakers were paid visits.This comes just one day after Perry had his cell phone seized as a part of the Department of Justice's criminal investigation.
PENNSYLVANIA STATE・2 DAYS AGO

Trump’s Excuses for Hoarding Classified Documents Are Getting More Absurd

Fight disinformation: Sign up for the free Mother Jones Daily newsletter and follow the news that matters. continue to come out about the Justice Department’s investigation into whether Donald Trump may have violated the Espionage Act and other laws, the former president’s defenses have only grown more chaotic. Trump debuted his latest alibi late Friday, issuing a statement that claimed he had a “standing order” that declassified all documents from the moment they were removed from the White House and taken to the “residence.”
POTUS・2 HOURS AGO
CBS Pittsburgh

WASHINGTON (KDKA) - Just one day after the FBI seized boxes of documents from former President Donald Trump's home in Mar-A-Lago, there's another seizure, this time from a Pennsylvania Republican. FBI agents also seized U.S. Representative Scott Perry's cell phone. Rep. Perry called it an "unnecessary and aggressive action." It's not yet known why Perry was served with a search warrant, but we do know that Perry has been a figure in the Congressional investigation into Trump's actions in the lead-up to the January 6 insurrection on the U.S. Capitol. Former Justice Department leaders also testified he played an important role in Trump's effort...
PENNSYLVANIA STATE・3 DAYS AGO
CBS Pittsburgh

Washington — Donald Trump's attorneys agreed to the public release of the search warrant authorizing the FBI's seizure of documents from his Florida home, according to court papers filed Friday. The warrant was released Friday afternoon. Trump's consent to the disclosure follows Attorney General Merrick Garland's announcement Thursday that...
POTUS・15 HOURS AGO
CBS Pittsburgh

NEW SEWICKLEY, Pa. (KDKA) — State Senator Doug Mastriano, the Republican candidate for governor, brought his campaign to Beaver County.Wednesday's event was a day after Mastriano's abbreviated virtual appearance before the House January 6 committee. Mastriano did not take any questions from the crowd or the media at Wednesday's event in New Sewickley Township. "You do have a choice here between freedom and oppression, between regulation and self-rule," Mastriano told the crowd. "We are going to hand the power back to the people where it always should have been."Mastriano talked about his priorities — supporting school choice, law enforcement and drilling...
BEAVER COUNTY, PA・2 DAYS AGO

PITTSBURGH (KDKA) — Lt. Gov. John Fetterman is getting back on the campaign trail.The Democratic nominee for the U.S. Senate is set to make his first public campaign appearance in Erie on Friday after suffering a stroke in May.On Thursday, he spoke to KDKA-TV political editor Jon Delano in his first television interview since May. Fetterman said he is mentally and physically up for anything that comes his way."I'm just grateful," Fetterman said. "That was a very grave situation at the time. If that would have happened at 1 in the morning or if it would have happened in Elk County, for example, I probably wouldn't be with you right now."Fetterman, who said he suffered no memory loss from the stroke, is running against Republican Dr. Mehmet Oz. They are looking to replace retiring Republican Senator Pat Toomey.
ERIE, PA・1 DAY AGO
CBS Pittsburgh

COLUMBUS, Ohio (AP) — A gunman who died in a shootout after trying to get inside the FBI's Cincinnati office apparently went on social media and called for federal agents to be killed "on sight" following the search at Donald Trump's home, a law enforcement official said.Federal investigators are examining social media accounts they believe are tied to the gunman, 42-year-old Ricky Shiffer, according to the official, who was not authorized to discuss the investigation publicly and spoke to The Associated Press on condition of anonymity.At least one of the messages on Trump's Truth Social media platform appeared to have...
CINCINNATI, OH・18 HOURS AGO