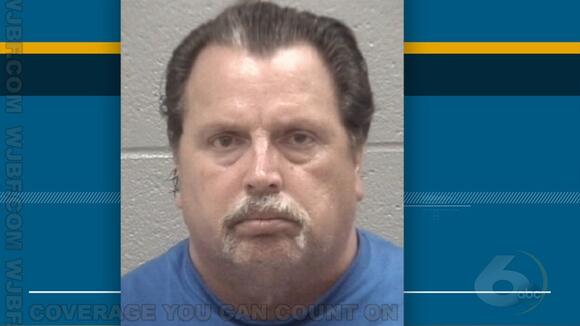 COLUMBIA COUNTY, Ga. (WJBF) – One man is behind bars after being involved in a hit and run that killed a pedestrian on Sunday.

According to the Columbia County Sheriff’s Office, Daniel Amos, of Jackson, NC, was driving a Ford F350 and was exiting the private drive of Valero as the pedestrian was walking north on the west shoulder of Jimmy Dyess Parkway.

After hitting the pedestrian, Amos fled the scene according to authorities.

Investigators say that a witness was able to follow the suspect east on I-20 and exited at Wheeler Road, but afterwards, Amos, then, got back on I-20 traveling west.

Authorities say Amos was stopped on Lewiston Road at Kroger and was detained and transported to the Columbia County Detention Center for processing.

According to authorities, the pedestrian has been identified as Candice Fernsler, of Augusta.

Amos is being charged with Failure to Obey Traffic Control Device, Hit and Run, and Vehicular Homicide in the First Degree.

what's Jay walking got to do with this.. He Ran some one over that was directly in front of him according to the witnesses..And stay at the scene if you feel that you've done nothing wrong..This poor lady family...what a horrible way to go..wow.

RICHMOND COUNTY, Ga. (WJBF) – One man has been arrested after a stand-off involving Richmond County SWAT and the Violent Crimes Division. According to authorities, the U.S. Marshal’s South East Regional Task Force located Terrell Crawford, Jr., 23, at an apartment in Rivercreek Apartments which is located on Centerwest Parkway. Authorities say Crawford was wanted […]
RICHMOND COUNTY, GA・15 HOURS AGO
WJBF

A dirt bike rider is dead following a crash involving a school bus in the area of Old McDuffie Road and Kenny Road in South Augusta.
AUGUSTA, GA・1 DAY AGO
WJBF

One man is dead after breaking into his sister and brother-in-law's home.
LEXINGTON, SC・15 HOURS AGO

AUGUSTA, Ga. (WJBF) – One of the men involved in the death of 20-year-old Traychaurde Harris was found guilty by a Richmond County jury. The incident happened at Carrie Mays Park on 11th Avenue on April of 2017. According to the District Attorney’s Office, K’Shon Vaughan was found guilty of all charges including Malice Murder, […]
AUGUSTA, GA・1 DAY AGO
WJBF

Drivers should be aware of a traffic accident that is causing lanes on Deans Bridge Road to be blocked.
RICHMOND COUNTY, GA・1 DAY AGO
WJBF

AUGUSTA (WJBF) – The Richmond County Sheriff’s Office is requesting the public’s help in locating an alleged Aggravated Assault suspect. 37-year-old Dejuan Marco White is wanted in reference to an incident that occurred on August 13th, 2022 at the East Augusta Commons. White was last seen traveling in a silver 2003 Ford Crown Victoria. The […]
AUGUSTA, GA・1 DAY AGO
WJBF

AUGUSTA, Ga (WJBF)- Beginning August 16, the Richmond County Sheriff’s Office is implementing a new procedure called Verified Response. This means law enforcement will only respond to an activated alarm, home or business, if there is a video or an eyewitness to a break in. Richmond County Deputies responded to more than 82,000 alarm calls […]
RICHMOND COUNTY, GA・1 DAY AGO

The Richmond County Sheriff's Office needs your help in locating two people wanted for questioning in a theft of a watch store.
AUGUSTA, GA・1 DAY AGO
WJBF

AUGUSTA, Ga. (WJBF) – Drivers should be aware of a traffic accident that is causing lanes on Deans Bridge Road to be blocked. According to the Richmond County Sheriff’s Traffic Division, the accident happened at Deans Bridge Road and Morgan Road. Authorities say the time of the call came in at 1:35 P.M. According to […]
RICHMOND COUNTY, GA・1 DAY AGO
WJBF

Two brothers are dead following a crash at a North Carolina Hardee's restaurant on Sunday morning, according to the Wilson Police Department.
WILSON, NC・2 DAYS AGO
WJBF

AIKEN COUNTY, S.C. (WJBF) – The Aiken County Coroner’s office is investigating a deadly crash. It happened Sunday evening around 6:15 p.m. on Coleman Bridge Road near Quattlebaum Road. The coroner says the driver ran off the road, struck a culvert, overturned then hit a utility pole, the vehicle then caught fire. The driver was […]
AIKEN COUNTY, SC・2 DAYS AGO

BURKE COUNTY, GA. (WJBF)- The Richmond – Burke County lines turned into a scene of people desperately pleading for help finding missing man Keith Styburski.   “He usually call somebody by now. Me and Keith we [been] best friends for a long time, uh he’s a good dude, he’ll give you the shirt off his back,” […]
BURKE COUNTY, GA・1 DAY AGO
WJBF

AUGUSTA (WJBF) – An Atlanta-area man has been sentenced to federal prison after admitting his role in a major drug trafficking conspiracy that funneled cocaine and other drugs through Atlanta to the Waynesboro, Ga., area. Chadric Antonio Rhaney, a/k/a “Chad,” 42, of Powder Springs, Ga., was sentenced to 88 months in prison followed by three […]
BURKE COUNTY, GA・1 DAY AGO
WJBF

AUGUSTA, Ga. (WJBF) – An Augusta man has been sentenced to Life in Prison after being found guilty of murder. According to the District Attorney’s Office, Antonio Collier was found guilty of Malice Murder, Felony Murder, and Possession of a Firearm During the Commission of a Crime. The incident happened on Rosier Road in July […]
AUGUSTA, GA・1 DAY AGO
WJBF

BURKE COUNTY (WJBF)- Burke County Sheriff Alfonzo Williams is asking county leaders to help his department meet its needs for the upcoming year.  “Historically, we have not gotten a budget that is representative of our history” said Sheriff Williams. He presented his plan to county commissioners on Tuesday. Williams is asking for $1.2 Million. He says there […]
BURKE COUNTY, GA・11 HOURS AGO
WJBF

Cities with the most expensive homes in Augusta metro area

Although home prices have inflated all across the U.S., there are definitely certain areas that have a higher price tag than others.
AUGUSTA, GA・18 HOURS AGO
WJBF

The monument of philanthropist Emily Tubman was destroyed last month after a car lost control and crashed into It.
AUGUSTA, GA・1 DAY AGO