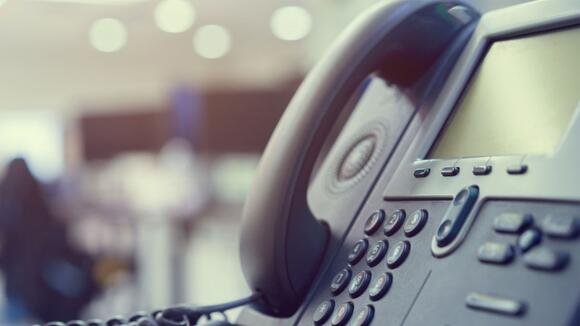 WHEELING, W.Va. (WTRF) — First Choice Services out of Charleston says it is ahead of the game when it comes to a new national emergency mental health hotline number that is being rolled out across the U.S. July 16th.

Many county officials throughout the U.S. say they’re not ready for the new number to take effect.

Moran says they have an infrastructure in place and a knowledgeable staff who has the experience answering these kinds of calls.

According to Moran, West Virginia received a national grant at the federal level which also puts the state ahead of other states.

For example, calls will get fielded to the Mountain State because it is considered a back-up center for anyone who may need help.

In a couple of weeks you’ll be able to dial 988 and here in West Virginia you’re going to get the same people. It’s just going to be an easier number to remember and you’ll be able to text and chat it as well. 988 is a little bit more of a broad scope it’s being marketed as a suicide hotline and crisis hotline so anyone who feels like they’re in any type of a mental health crisis or worried about a loved one can call and get some assistance.

Moran says First Choice Services in the process of hiring people who will solely just take calls for the new 988 number.

It is important to note that the three-digit number will supersede the current National Suicide Prevention Lifeline, which has grown from about 50,000 calls in 2005 to more than 2.4 million in 2020.

Marshall University’s Robert C. Byrd Institute (RCBI) is offering free computerized machining and machine tool training across West Virginia, Ohio and Kentucky as part of a national initiative to revitalize American manufacturing and ensure a strong national defense. The bootcamps, for individuals who are high school age and older, include online instruction and the option […]
OHIO STATE・2 DAYS AGO
WTRF- 7News

Senate bill could be read to help West Virginia

CHARLESTON, W.Va. (AP) — The sprawling economic package passed by the U.S. Senate this week has a certain West Virginia flavor. The package, passed with no Republican votes, could be read largely as an effort to help West Virginia look to the future without turning away entirely from its roots. The bill contains billions in […]
CONGRESS & COURTS・2 DAYS AGO
WTRF- 7News

DALLAS, W.Va. (WTRF) — It’s left the news cycle, but it hasn’t left daily life in Eastern Kentucky. Flooding from two weeks ago still leaves families displaced and wreckage piled up on the streets. So where do you turn when even emergency services find themselves unable to make calls? You turn to the generosity of […]
DALLAS, WV・2 DAYS AGO
WTRF- 7News

Another round of Wheeling Heritage’s “Show of Hands” coming up

WHEELING, W.Va. (WTRF) — Another round of Wheeling Heritage’s “Show of Hands” is right around the corner! Wheeling Heritage is looking for local entrepreneurs and business owners to pitch a new business idea or a business expansion proposal. Four will be chosen to compete, but only one will walk away with more than $4,000 a […]
WHEELING, WV・22 HOURS AGO
WTRF- 7News

West Virginia jails under a state of emergency

WEST VIRGINIA- West Virginia Governor Jim Justice announced on Thursday during a media briefing that the jails in the Mountain State are under a state of emergency. The Governor said the state of emergency is because of critical staffing issues and that there is a shortage of employees in the jail system. Gov. Justice says […]
POLITICS・3 DAYS AGO

West Virginia gets a new superintendent of schools

GLEN DALE, W.Va. (WTRF) — For more than nine decades, West Virginia’s firefighters have met up from all over the state to connect, discuss their line of work, and remember. Friday’s memorial service in Marshall County honored the work both of those who were lost, and those who still serve. Dozens of bell chimes rang […]
GLEN DALE, WV・1 DAY AGO
WTRF- 7News

RICHMOND, Ohio (WTRF) — A young Jefferson County woman has gained statewide recognition for how she takes care of her chickens. Delaney Johnson is this year’s Grand Champion of meat chickens. She took home $31,000 at last Saturday’s grand chicken drive for winning the title at the 2022 Sale of Champions at Ohio State Fair […]
JEFFERSON COUNTY, OH・1 DAY AGO
WTRF- 7News

Fill your mug at the 8th Mountaineer Brewfest

WHEELING, W.Va. (WTRF) — There’s a brew waiting for you down at Heritage Port next weekend. Stouts, porters, ales and more from across West Virginia will be represented at the Mountaineer Brewfest. The festival’s 8th year will pour up some funding for the Seeing Hand Association’s work with the sight-impaired. It won’t be Miller Time […]
WHEELING, WV・3 DAYS AGO

OHIO COUNTY, W.Va. (WTRF) Kids got the chance to explore police cruisers, fire trucks, and all things automotive today at the Wheeling Ohio County Airport. Touch-A-Truck brought families in from all over for a day of fun. Children also got to meet the law enforcement officers and first responders up close and ask questions. They […]
OHIO COUNTY, WV・20 HOURS AGO
WTRF- 7News

WHEELING, W.Va. (WTRF) — Getting a festival together the size of the BluesFest is more than just hooking up a couple of amplifiers. It’s a year-round job requiring a lot of heavy lifting and thousands of miles on the car. The vendors that line the walkways are an important part of the BluesFest character, including […]
WHEELING, WV・1 DAY AGO
WTRF- 7News

WHEELING, W.Va. (WTRF) — Wheeling Heritage is continuing to spruce up the Friendly City with some extra help from entrepreneurs and organizations. The non-profit is awarding five partnership grants geared toward revitalizing the Friendly City. The criteria to apply is simple. A local individual, community group, or organization in Wheeling wanting to start or continue […]
WHEELING, WV・1 DAY AGO
WTRF- 7News

West Virginia officials investigating plane crash with 3 people on board

METZ, W.Va. (WBOY) – Nexstar has been following reports of an aircraft crashing in Marion County. According to 911 officials, it happened just after 7:00 p.m Thursday when a small plane crashed near the community of Metz, just north of Mannington. At least three people were on board The reporter on the scene said several […]
MARION COUNTY, WV・2 DAYS AGO
WTRF- 7News

GARDEN CITY, S.C. (AP) — A beachgoer was killed Wednesday after a loose beach umbrella impaled her in the chest, authorities said. The umbrella was blown from its anchoring by the wind around 12:40 p.m. and hit Tammy Perreault while she was at a Garden City beach, Horry County Chief Deputy Coroner Tamara Willard told […]
GARDEN CITY, SC・2 DAYS AGO
WTRF- 7News

West Virginia Attorney General Patrick Morrisey on Thursday announced a settlement that may add up to $30 million with Rite Aid to resolve a lawsuit that alleged the pharmacy chain filled to maintain effective controls against diversion and it contributed to the oversupply of opioids in the state. “So many lives have been lost and […]
POLITICS・2 DAYS AGO
WTRF- 7News

18 years old and fresh out of high school – left with one decision to make. What do you do for the rest of your life?  This question is going to become a lot easier to answer now for West Virginia Northern Community College students with their new Rural Guided Pathways Project.   Provost, Jill Loveless, […]
COLLEGES・3 DAYS AGO