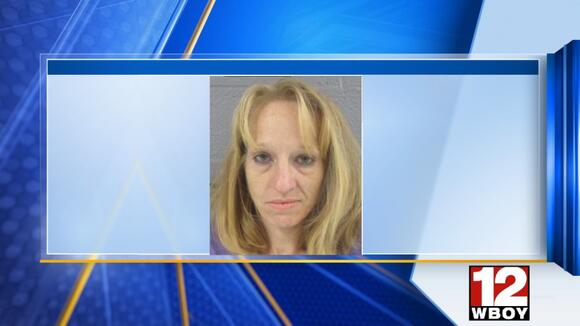 ELKINS, W.Va. — A woman has been charged after she passed out with a kitten in her vehicle in Elkins.

On June 26, deputies with the Randolph County Sheriff’s Department received a call of a suspicious person at Advance Auto Parts in Elkins, according to a criminal complaint.

When deputies arrived, they saw Debbie Bennett, 39, Huttonsville, “passed out in the backseat” of a Jeep; after she woke up and spoke to deputies, they “noticed her speech was extremely low and mumbled, she was disoriented, she wouldn’t make eye contact” … “and she had a hard time standing on her own,” deputies said.

Woman charged for setting her sister’s trailer on fire

While speaking with Bennett, deputies “also smelled the odor of burnt marijuana emitting from inside the vehicle,” and then asked Bennett “if she had a valid prescription for medical marijuana,” to which she replied she did not, according to the complaint.

During that time, deputies saw a black kitten in the front seat, and its “eyes were swollen shut with green puss coming out of them,” and “had extremely shallow breathing one minute and would pant the next,” said deputies. The kitten also showed redness of the tongue and mouth and would only respond to it being touched, according to the complaint.

Bennett has been charged with misdemeanor cruelty to animals and three counts of misdemeanor possession of a controlled substance. She is being held in Tygart Valley Regional Jail.

Man found dead from 3 gunshots in Grafton home, another charged

GRAFTON, W.Va. — A man has been charged with murder after allegedly shooting another man three times at a residence in Taylor County. Troopers with the Taylor County detachment of the West Virginia State Police Wednesday responded to a shooting call at Thomas Farm Road in Taylor County, according to the criminal complaint. While on […]
TAYLOR COUNTY, WV・2 DAYS AGO
WBOY 12 News

Man admits to selling heroin and fentanyl near Clarksburg school

CLARKSBURG, W.Va. (WBOY) — A Clarksburg man pleaded guilty Monday to selling heroin and fentanyl near Emmanuel Christian School in Clarksburg’s North View neighborhood. James Curtis Jones, 25, pleaded guilty to one count of “Distribution of Heroin and Fentanyl in Proximity to a Protected Location”, a federal charge. He was charged in connection to events […]
CLARKSBURG, WV・2 DAYS AGO
WBOY 12 News

The Clarksburg Police Department have posted on Facebook that they are searching for a juvenile that has been reported missing.
CLARKSBURG, WV・1 DAY AGO
WBOY 12 News

BUCKHANNON, W.Va (WBOY) — Angel Flight East is a non-profit that charts hundreds of flights each year to get medical patients to their treatment, all free of charge. George Tenney, 66, is one of these patients. A lung cancer survivor from Upshur County, Tenney has flown with Angel Flight over 100 times to get to […]
UPSHUR COUNTY, WV・1 DAY AGO

UPDATE: 12 News has confirmed more information on this developing story. Click here to read the latest. METZ, W.Va. (WBOY) — Officials are investigating a small plane crash in Marion County. It happened just after 7 p.m. Wednesday near the community of Metz, which is just north of Mannington, according to 911 officials. 12 News’ […]
MARION COUNTY, WV・2 DAYS AGO
WBOY 12 News

JANE LEW, W.Va. (WBOY) — A man has been charged for allegedly keeping a woman captive at gunpoint in a camper in Lewis County. On Friday, deputies with the Lewis County Sheriff’s Department responded to a reported hostage incident at a camper located on Westfield Road in Jane Lew, according to a criminal complaint. Prior […]
4 DAYS AGO
WBOY 12 News

GRANVILLE, W.Va. (WBOY) — Two men have been charged after officers say they found drugs during a traffic stop in Granville. Officers with the Granville Police Department performed a traffic stop Monday on a vehicle being driven by an unlicensed individual, according to a criminal complaint. Due to the driver, Earl Crites, 22, being unlicensed […]
4 DAYS AGO
WBOY 12 News

Gun found in bathroom of Clarksburg Kroger; what to do if it happens to you

CLARKSBURG, W.Va. (WBOY) — A mother and her preteen daughter were shocked on Sunday when they went to use the restroom at the Kroger on Emily Drive in Clarksburg and found an unattended handgun in the stall. While the presence of the gun may be shocking, gun safety websites say that finding a gun in […]
3 DAYS AGO

NICHOLAS COUNTY, WV (WOWK) — A Florida man is in custody in Nicholas County after allegedly abducting a 14-year-old girl. A press release from the Nicholas County Sheriff’s Office said that 47-year-old Thomas Edward Grossman III was traveling back to Florida when deputies found his vehicle in the Summersville area. They say a juvenile female […]
NICHOLAS COUNTY, WV・2 DAYS AGO
WBOY 12 News

A Fairmont man was sentenced Monday for his role in a drug trafficking conspiracy.
FAIRMONT, WV・2 DAYS AGO
WBOY 12 News

JANE LEW, W.Va. (WBOY) — A Jane Lew home sustained heavy damage to its garage in a fire Wednesday night. The call came in at around 10:30 p.m. The home is on Whisper Lane, just off of Route 19. The damage is mostly centered around the home’s garage, which was destroyed. A burned-out car was […]
JANE LEW, WV・2 DAYS AGO

CLARKSBURG, W.Va. (WBOY) — An inter-state scheme is targeting older women trying to grocery shop in Clarksburg, police told 12 News Friday. According to the Clarksburg Police Department, shoppers are being asked to stay alert due to a suspected multiple-state theft ring taking information from victims at the East Point Kroger on Emily Drive in […]
CLARKSBURG, WV・1 DAY AGO
WBOY 12 News

‘No survivors’: 3 killed in small plane crash in Marion County

UPDATE AUG 12, 3:05 P.M.: 12 News’ affiliate in Harrisburg, Pennsylvania has confirmed that one of the men killed in the crash worked in Myerstown, Pennsylvania. UPDATE AUG 12, 11:25 A.M.: Marion County Sheriff’s Office Chief Deputy Jason Bearden confirms that there were no survivors after a small plane crashed in Metz Thursday night. Bearden […]
1 DAY AGO
WBOY 12 News

Woman sets empty building on fire because people were ‘talking down to her’, fire marshal says

JUNIOR, W.Va. — A woman has been charged after allegedly setting an empty building in Lewis County on fire “because people were talking down to her.” On July 27, first responders arrived at the scene of a structure fire on Jackson Street in Junior which had not been occupied for “a few years,” according to […]
4 DAYS AGO
WBOY 12 News

Upshur County official honored for response to I-79 shooting

WESTON, W.Va. (WBOY) — On June 16, Upshur County Chief Deputy Mike Coffman was shot in the leg while responding to an incident on I-79. On Tuesday, the man who rushed Coffman to the hospital was recognized at the Lewis County Courthouse. Upshur County Deputy Director for Homeland Security Derek Long played a pivotal part […]
UPSHUR COUNTY, WV・4 DAYS AGO
WBOY 12 News

LEWIS COUNTY, W.Va. (WBOY) — The West Virginia State Police Tuesday announced that its troopers have planned a sobriety checkpoint in Lewis County next week. The checkpoint will be held on Thursday, Aug. 18 from 6 p.m. until midnight on Route 7, known as Hackers Creek Road, near the intersection of US Route 19, in […]
LEWIS COUNTY, WV・4 DAYS AGO
WBOY 12 News

CLARKSBURG, W.Va. – 12 News is producing a weekly look at the trends in active coronavirus cases in north central West Virginia. This recap is released on Fridays, and it shows how the number of active cases has changed from the previous Friday. For the purposes of this report, these recaps will focus on Barbour, […]
1 DAY AGO
WBOY 12 News

WORTHINGTON, W.Va. (WBOY) – One Worthington bridge replacement project has been underway since December of 2021. And travelers who are affected by the three temporary traffic lights added for the project can expect to see delays on their commute into 2023. The first phase of the bridge replacement job South of Worthington has been completed. […]
WORTHINGTON, WV・2 DAYS AGO