Ryan Vaughn is always thinking, always planning, always dreaming. It's how he's turned Indianapolis into one of the premiere cities for the biggest sports events in the country.

So when the President of the Indiana Sports Corp was working with Russ Potts Productions' President Zach Franz to pull off the men's college basketball tournament bubble in 2021, an idea was born. The Crossroads Classic, which had hosted games each December involving IU, Purdue, Butler and Notre Dame for more than a decade, was coming to an end. Gainbridge Fieldhouse would be available. What if a new event filled the void?

That's how the "Indy Classic" was born.

The Indiana Sports Corp announced Monday morning that the inaugural “Indy Classic” will feature games between Ball State and Illinois State, and Purdue vs. Davidson. The event will take place at Gainbridge Fieldhouse on Saturday, Dec. 17, the same weekend the Crossroads Classic was typically held. The Indiana Sports Corp has reached an "indefinite" agreement with Pacers Sports & Entertainment and Russ Potts Productions, Inc. to host this event each December. This isn't a one-off — which begs the question, who's next?

Vaughn wouldn't tell IndyStar how many teams the Indiana Sports Corp reached out to for the inaugural event, but said "we're very, very happy with what we have here." The goal is a mix of local flavor and regional appeal — Davidson is more than 500 miles from Indianapolis, but Illinois State is less than three hours away.

"We'll chase top games," he said. "Some exciting basketball and some of the top teams in the country."

Crossroads Classic's end hurts Butler most : 'I sure wish there was more time for this.'

Doyel: If Crossroads Classic was so great, why did it die so easily? 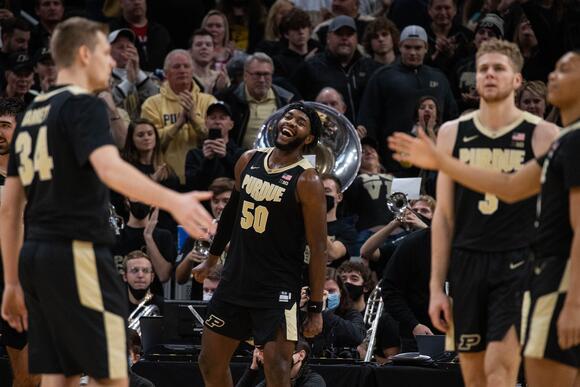 It remains to be seen whether more teams from Indiana will join in years to come. Butler athletic director Barry Collier lamented the end of the Crossroads Classic last year, saying, "I sure wish there was more time for this.” The Bulldogs earned a trio of top-10 wins in the event, including an overtime upset of then-No. 1 Indiana in 2012. Vaughn said Butler is "definitely the type of team we might reach out to in the future ... exactly the kind of program that we're looking for."

Vaughn said the Indy Classic is "not necessarily comparing ourselves to the Crossroads Classic. It just so happens that event is going away, and that created an opportunity for us to build a new event in the market." But, for better or worse, there will be comparisons.

"I think it'll definitely grow over the years," he said. "Like most of our events, we tend to build in ancillary activities, whether it's programming on the plaza or Georgia Street. That will continue to grow and develop as the event matures."

Tickets for the event will go on sale in August.