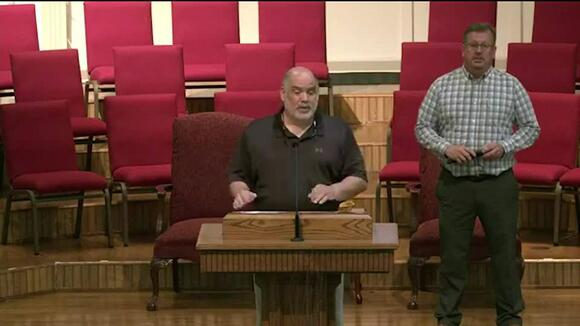 FORREST CITY, Ark. — An Arkansas church is receiving backlash after allegedly turning away a Black woman.

The Forrest City church said it was all a miscommunication.

The woman claimed a church member at First Baptist Church of Forrest City turned her and her family away; she then took to Facebook to describe her experience.

The post went viral and has been shared thousands of times.

In it, the woman said a church member turned her away due to the color of her skin and claimed she experienced uncomfortable racial terms.

She said she had received an invite to the church, but a man at the door told her to come back when services began.

He said the woman came during Sunday School, which is open to all.

The woman’s post went on to say that she then asked a female member of the church, “Is everyone not welcomed here?”

The other woman then allegedly told her, “We’ve had coloreds here before.”

The pastor said he believes the incident is an example of miscommunication and the incident didn’t come from a bad place. He said the congregation has had Black members join the church in the past who still support its ministry.

Walter said he took the time to explain to his congregation that they must be sensitive in how they communicate with other cultures while being open and accepting of everyone.

He said everyone is welcome to worship at the church.

Walter called the incident a ‘setback.’

Yesterday FOX13 reached out to the woman who created the viral post.

She declined our request for an on-camera interview.

Seen it happen in my home town at a few churches. God's house is for anyone and everyone. Your color, clothes, wealth, nor anything else should get you turned away or shunned but it does. Lord help us be better Christians.

what kind of "miscommunication" would have led her to think such a thing? I sure hope the church folks did not turn anyone away no matter the color!! 🥺

It seems like the news didn't get the hole story before they posted it to me. Or the lady is lying. That posted it. We all jump to conclusions now a days. Before we get the facts.

PORTLAND, Ore. — A newborn boy reported missing from a Portland area hospital earlier this week was located safe on Thursday, officials with the Oregon Department of Human Services confirmed. Kanon Zee went missing from the medical facility on Monday, along with his mother, Kara Zee, and father, Jonathan...
PORTLAND, OR・16 HOURS AGO
FOX 13 Memphis WHBQ

HENDERSONVILLE, Tenn. — A Tennessee man is accused of animal cruelty after nine dogs were found inside a home in “deplorable conditions” that included the corpses of other dogs, authorities said. David Hendrix, 57, of Hendersonville, was charged with nine counts of aggravated animal cruelty, according to...
HENDERSONVILLE, TN・21 HOURS AGO
FOX 13 Memphis WHBQ

MEMPHIS, Tenn. — The Memphis Police Department (MPD) is investigating a shooting that left one man hurt. Officers responded to the intersection of B.B. King Boulevard and Beale Street for a shooting just before 3:30 a.m. on Sunday. According to police, a man was found and taken to Regional...
MEMPHIS, TN・21 HOURS AGO
FOX 13 Memphis WHBQ

MEMPHIS, Tenn. — A man was arrested for burning his girlfriend with cigarettes and locking her in an apartment for several days. On Jul. 10, the Memphis Police Department (MPD) responded to a scene at Kimbrough Tower Apartments, which is in the 100 block of Kimbrough Place. When officers...
MEMPHIS, TN・1 DAY AGO
FOX 13 Memphis WHBQ

MEMPHIS, Tenn. — A man was found dead on a bench Sunday afternoon. At approximately 4:35 PM, the Memphis Police Department (MPD) responded to a “man-down” call at the intersection of East Brooks Road and Elvis Presley Boulevard. When officers arrived, they found an unresponsive man on...
MEMPHIS, TN・16 HOURS AGO
FOX 13 Memphis WHBQ

Two men accused of crafting a plan to kidnap Michigan Gov. Gretchen Whitmer in 2020 and ignite a national rebellion are facing a second trial this week, months after a jury couldn't reach a verdict on the pair while acquitting two others. The result in April was a blow to...
MICHIGAN STATE・12 HOURS AGO

CHAVIES, Ky. — (AP) — Angel Campbell should have been sitting in her usual chair in her grandmother’s living room this week, looking through her old photo albums and eating her favorite soup beans. Now the living room is gone, and so is her grandmother. A week...
KENTUCKY STATE・2 DAYS AGO
FOX 13 Memphis WHBQ

Toddler overdoses after using straw with drugs on it, MPD says

MEMPHIS, Tenn. — A straw laced with a drug substance left a South Memphis toddler in critical condition. The Memphis Police Department got a call from the 700 block of Regent Place in reference to an overdose. Crews were dispatched at 1:47 p.m. Friday afternoon. According to police, the...
MEMPHIS, TN・2 DAYS AGO
FOX 13 Memphis WHBQ

2 suspects on the run after shots fired at deputies, officials say

MEMPHIS, Tenn. — Two suspects are on the run after shots were fired at Shelby County Sheriff’s deputies early Monday morning. Around 4 a.m., officers responded to a prowler call in the 1800 block of Covington Pike. According to Memphis Police, three people fired shots at deputies assigned...
MEMPHIS, TN・4 HOURS AGO
FOX 13 Memphis WHBQ

MEMPHIS, Tenn. — A 25-year-old man has been convicted of stabbing to death his ex-girlfriend whose body he left on a North Memphis street corner in 2020 after a criminal court jury deliberated about an hour, said Shelby County Dist. Atty. Amy Weirich. Keedrin Coppage, 25, was convicted of...
MEMPHIS, TN・21 HOURS AGO

MEMPHIS, Tenn. — A man was shot in downtown Memphis Saturday evening. At approximately 5:25 PM, the Memphis Police Department (MPD) responded to a shooting at Hernando Street and Vance Avenue. When officers arrived, they found a man shot. The man was taken to Regional One in critical condition,...
MEMPHIS, TN・1 DAY AGO
FOX 13 Memphis WHBQ

Louisiana man arrested for possession of sharks and meth

HOUMA, La. — A man is facing charges in Louisiana after investigators said they found him with an illegal number of sharks, as well as drugs. The Louisiana Department of Wildlife and Fisheries said in a news release that agents arrested Anouda Lirette on charges of possession of suspected methamphetamine, exceeding the possession limit of sharks, possession of an undersized shark, and intentional concealment of wildlife.
LOUISIANA STATE・2 DAYS AGO
FOX 13 Memphis WHBQ

MEMPHIS, Tenn. — A man was found dead in East Memphis. The Memphis Police Department (MPD) responded to a man-down call in the 10 block of North Humphreys Boulevard. When officers arrived, they found a man. The man was pronounced dead at the scene, police said. The cause of...
MEMPHIS, TN・1 DAY AGO
FOX 13 Memphis WHBQ

MEMPHIS, Tenn. — Investigators with the Memphis Police Department (MPD) are searching for the man they say robbed a Walgreens in Raleigh Sunday morning. According to a report, a man walked into the store in the 5000 block of Stage Road around 11:30 a.m. and went into the manager’s office.
MEMPHIS, TN・2 DAYS AGO
FOX 13 Memphis WHBQ

RIO VISTA, Calif. — (AP) — Charlie Hamilton hasn't irrigated his vineyards with water from the Sacramento River since early May, even though it flows just yards from his crop. Nearby to the south, the industrial Bay Area city of Antioch has supplied its people with water from...
CALIFORNIA STATE・3 HOURS AGO
FOX 13 Memphis WHBQ

LANSING, Mich. — (AP) — The Michigan Attorney General's office is asking that a special prosecutor investigate whether the Republican candidate for state attorney general and others should be charged in connection with an effort to gain access to voting machines after the 2020 election, according to published reports.
MICHIGAN STATE・12 HOURS AGO
FOX 13 Memphis WHBQ