Scientists find a way to grow plants in complete darkness 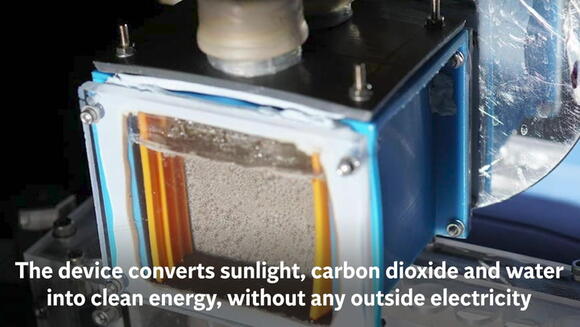 Scientists have created a method of artificial photosynthesis to grow plants without sunshine in an advance that could lead to new ways to grow food on Earth – and possibly one day on Mars .

Over millions of years of evolution, photosynthesis has developed in plants as a way to turn water, carbon dioxide and the energy from sunlight into plant biomass and the food we eat.

But researchers, including those from the University of California, Riverside in the US, said this natural process is inefficient with only about 1 per cent of the energy found in sunlight ending up in the plant.

They are currently assessing ways of producing crops like cowpea, tomato , tobacco , rice , canola and green pea that utilise carbon from acetate when cultivated in the dark.

“Imagine someday giant vessels growing tomato plants in the dark and on Mars – how much easier would that be for future Martians?” said Martha Orozco-Cárdenas, the director of the UC Riverside Plant Transformation Research Center.

Researchers used a two-step chemical process to convert carbon dioxide, electricity and water into acetate – a form of the main component of vinegar.

Food-producing organisms then consumed acetate to grow in the dark, they said.

Using solar panels to generate electricity to power the chemical reaction, scientists said the system could increase the conversion efficiency of sunlight into food and make it up to 18 times more efficient for some food items.

They used electrolyzers or devices that use electricity to convert raw materials like carbon dioxide into useful molecules and products.

Scientists then optimised the output of electrolyzers to support the growth of food-producing organisms and integrated all the components of the system together.

With the new system, researchers could increase the amount of acetate while decreasing the amount of salt, leading to the highest levels of acetate the former ever produced in an electrolyzer to date.

“With our approach we sought to identify a new way of producing food that could break through the limits normally imposed by biological photosynthesis,” study corresponding author Robert Jinkerson from UC Riverside said in a statement.

“Using a state-of-the-art two-step tandem CO2 electrolysis setup developed in our laboratory, we were able to achieve a high selectivity towards acetate that cannot be accessed through conventional CO2 electrolysis routes,” said Feng Jiao, another study co-author from the University of Delaware.

A wide range of food-producing organisms, including green algae, yeast and fungal mycelium that produce mushrooms can be grown in the dark directly on the acetate-rich electrolyzer output, according to researchers.

“We were able to grow food-producing organisms without any contributions from biological photosynthesis. Typically, these organisms are cultivated on sugars derived from plants or inputs derived from petroleum – which is a product of biological photosynthesis that took place millions of years ago,” said Elizabeth Hann, co-lead author of the study.

“This technology is a more efficient method of turning solar energy into food, as compared to food production that relies on biological photosynthesis,” Dr Hann said.

Researchers said a wide range of crops can take the acetate produced and build it into the major molecular building blocks needed for organisms to grow and thrive.

Coupling this approach to existing systems for producing energy from sunlight “can increase solar-to-food energy conversion efficiency by about fourfold” over natural photosynthesis, scientists said, adding that the technology allowed for a “reimagination of how food can be produced in controlled environments”.

Scientists said liberating crop dependence on the sun and instead producing them using artificial photosynthesis can open doors for food production in increasingly difficult conditions imposed by the human-driven climate crisis and its resulting food security challenges.

“Using artificial photosynthesis approaches to produce food could be a paradigm shift for how we feed people. By increasing the efficiency of food production, less land is needed, lessening the impact agriculture has on the environment,” Dr Jinkerson said.

“And for agriculture in non-traditional environments, like outer space, the increased energy efficiency could help feed more crew members with less inputs,” he added.

Turn gardens into ‘bogs’ to combat drought and sewage in waterways, experts suggest

People should flood their gardens to create bogs in order to combat the impact of drought, experts have suggested.Creating “bog gardens” could also help reverse biodiversity loss, with the widespread elimination of Britain’s natural wetlands through farming and construction blamed in part for large reductions in certain wildlife populations.Following outrage over the vast amounts of sewage being dumped into waterways via storm overflows, the head of Natural England – a body advising the government on the environment – claimed that water companies were considering “catching water in gardens” as a way of reducing the strain on sewers.“Part of the problem...
AGRICULTURE・7 HOURS AGO
The Independent

Nasa is suspending its plans to launch the Artemis I Moon mission rocket on Tuesday with tropical storm Ian approaching.On Sunday, the space agency announced that it is continuing to closely monitor the weather forecast associated with Ian, which has strengthened and is likely to reach Florida as a major hurricane in the coming days.The American space agency said it is conducting final preparations for rolling back the Space Launch System (SLS) rocket and the Orion spacecraft to the Vehicle Assembly Building.Tropical storm Ian is expected to become a hurricane by Monday and slam into the Gulf coast by...
FLORIDA STATE・20 MINUTES AGO