A vacant concrete building in south Monroe is a reminder of a school that gave Black students a rare chance to learn the skills necessary to prosper in business.

Robinson Business College, located at 604 Jack McEnery Avenue, served as a vocational school for Black students in Ouachita Parish and surrounding areas. The school produced a significant number of Black professionals in the secretarial and business professions between 1946 and 1988. 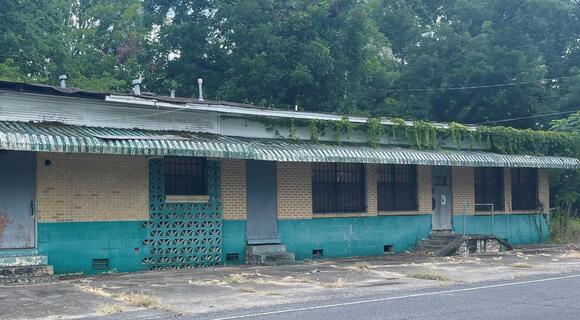 The school started in the home of B.D. and Emily Robinson during the spring of 1944 with four students. Enrollment increased, which led to the construction in 1946 of the building on McEnery Avenue. In September 1946, 12 "regular" students enrolled as well as 46 veterans as a result of the G.I. Bill.

Initially, the school employed two teachers. The school had one and two-year programs in programs such as executive secretarial, accounting and bookkeeping, typing, stenography and business administration. By the time the school closed in 1988, the faculty had grown to seven.

Coleman College: What was the first Black college in north Louisiana? Hint: It wasn't Grambling

One aspect of the curriculum – emphasized by graduates during interviews conducted for the building's nomination to the National Register – was a course on proper deportment and diction, which included pointers on how to interview well. The course was described in a 1980s catalog as "personality development." According to records published by the National Register, graduates referred to the room where the course was taught as the "charm room."

The one-story, 4,300-square-foot rectangular building is constructed of concrete blocks with brick veneer accents on the façade and one side elevation. The building has a low pyramidal roof and is devoid of ornamentation. There is a small shed roof projection at the rear corner which appears on a 1950 Sanborn map. The metal windows on the side elevations and most of the rear elevation are original. Grouped in twos, each window has four horizontal panes. 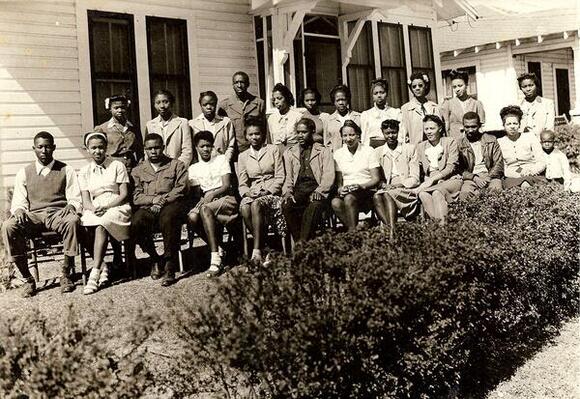 The interior of the building was described as simple and functional. The floor plan allowed for various classrooms, a small registrar's office and a long, narrow administrative office. The registrar's office retained its curving counter and two interior windows. Changes to the interior included the placement of glass doors in the wide opening between the two large classrooms at the western end.

The building was later converted into a beauty salon but now remains vacant. It has been owned by Midwest Management since June 12, 2017, according to Ouachita Parish Tax Assessor records.

that's around the corner from where I was I was walking to catch the bus and there was a Dead body laying in the grass police were everywhere I didn't know which way to go, the police told me to come on through I should of went back home, but I got on the bus and went to school All I seen was her body I had to leave school and come home, I don't go that way anymore,,I commend the police because I couldn't do what they do when it comes to Dead bodies,

Odds and ends from around the parish

Nashville will be coming to Ruston on August 19. No. 9 Books & Records is honored host award-winning Nashville journalist Marissa Moss in the shop at 301 N. Trenton Friday at 4:30 p.m. Moss will be signing her latest work, “Her Country: How the Women of Country Music Became the Success They Were Never Supposed to Be.”
RUSTON, LA・22 HOURS AGO
opso.net

On August 9, 2022, the Community Foundation of Acadiana awarded the Deputies Making a Change mentor program $10,000 to further their work in Ouachita Parish. For the past 10 years, DMAC has mentored thousands of students and produced interactive programs designed to address current events that plague our youth. DMAC is a one year program that offers each student a variety of structured lessons and most of all, a positive environment that allows a sense of growth and responsibility.
OUACHITA PARISH, LA・2 DAYS AGO
KNOE TV8

Ouachita Parish Head Start could be in jeopardy

Disclaimer: All persons are presumed innocent until proven guilty. MONROE, La. (KTVE/KARD) — On Monday, August 15, 2022, an Ouachita Parish Sheriff’s Office deputy noticed a driver was illegally parked in a handicap parking space at the Pecanland Mall. According to the deputy, the driver was allegedly using another person’s handicap placard. Once the driver […]
OUACHITA PARISH, LA・14 HOURS AGO
KNOE TV8

MONROE, La. (KNOE) - Community members say they are frustrated in Monroe’s south side, and some residents say it’s due to the lack of progress on an emergency sewer repair. Residents on Mouton Ave. say someone fired shots near a bus stop this morning and they believe it’s...
MONROE, LA・8 HOURS AGO
lincolnparishjournal.com

After two students were arrested over a handgun in a Grambling State dorm room Wednesday, two more men were booked Friday in possession of firearms in separate incidents. Just after 11:30 p.m. Thursday night, two GSU police officers were performing a walk-through at Douglass Hall when they encountered four men on the second floor. Clifford T. Williams, II, 28, and another man were asked to leave the campus.
GRAMBLING, LA・22 HOURS AGO
KNOE TV8

WEST MONROE, La. (KNOE) - The West Monroe Police Department says they will be increasing patrols in an effort to curb impaired driving. They will also be looking out for drivers and passengers not wearing their seatbelts, as required by law. According to a news release issued on Monday, the...
WEST MONROE, LA・1 DAY AGO
MyArkLaMiss

RUSTON, La. (KTVE/KARD) — According to the Ruston Police Department, numerous citizens have been filing reports about receiving scam phone calls. The individuals making the phone calls are claiming to be law enforcement with a warrant. The callers have been using the warrant as a way to request personal information from citizens. Although these calls […]
RUSTON, LA・11 HOURS AGO
KNOE TV8

MONROE, La. (KNOE) - The Monroe Police Department is investigating a stabbing they say happened shortly before 10:30 a.m. on Aug. 15, 2022. Officers say they responded to a residence in the 2600 block of Railroad Avenue in reference to the stabbing. They say the initial investigation showed that two...
MONROE, LA・12 HOURS AGO
KNOE TV8

BASTROP, La. (KNOE) - Morehouse General Hospital brought the Morehouse Parish community together Saturday morning before the new school year. Around 200 students showed up for the hospital’s Back to School Health Fair at North Church Bastrop on Saturday, August 13, 2022, beginning at 9 a.m. Students were able...
BASTROP, LA・3 DAYS AGO

RICHWOOD, La. (KNOE) - The Town of Richwood is partnering with a Louisiana-based automated traffic enforcement company to reduce fatal accidents on Hwy. 165 South. Going through Richwood, drivers may see an officer monitoring speed violations and taking photos of license plates. On the side of the road, a staffing officer of Emergent Enforcement Solutions based in Mansfield, LA can be found taking photos of license plates with a lidar speed gun, which measures the speed of vehicles.
RICHWOOD, LA・10 HOURS AGO
MyArkLaMiss

MONROE, La. (KTVE/KARD) — On August 15, 2022, shortly before 10:30 AM, Monroe Police were dispatched to a residence on the 2600 block of Railroad Avenue in reference to a stabbing. During their investigation, officers discovered that an argument between two individuals took place where Jeron Wade allegedly pulled a knife, stabbing the victim. According […]
MONROE, LA・12 HOURS AGO

An ESPN computer program has analyzed the data and based on its programming has determined that one of the five worst college football teams in the nation is a Louisiana school. Now, that's a tough pill to swallow from a state that has a long and storied tradition of putting winners on the gridiron.
BATON ROUGE, LA・1 DAY AGO
KNOE TV8

MONROE, La. (KNOE) - One of the nation’s top law enforcement agencies announced the results of a major operation in which they were able to locate more than 200 people believed to be victims of human trafficking. Among those victims were 84 minors, 37 of whom were considered missing.
MONROE, LA・17 HOURS AGO
abc17news.com

HOMER, Louisiana (KTBS) — Claiborne Parish Sheriff Sam Dowies says he is investigating after video surfaced showing some of his jail employees striking, swearing at, and macing a jail inmate. The video was shown to KTBS-3 News by Homer Police Chief Van McDaniel, who said he is concerned about...
HOMER, LA・2 DAYS AGO
lincolnparishjournal.com

Two Monroe men were arrested after Ruston Police responded to a large loud party last Tuesday evening. While some officers were dealing with the party, another officer was stationed at the front gate of University Club Apartments at 1201 W California Ave. to restrict entry to anyone who did not live in the apartments. A gray Dodge truck pulled into the apartments and the officer saw smoke coming from inside the cab. When the driver rolled down the window, the officer saw a large cloud of smoke coming from inside the truck and smelled the odor of suspected burning marijuana.
RUSTON, LA・1 DAY AGO