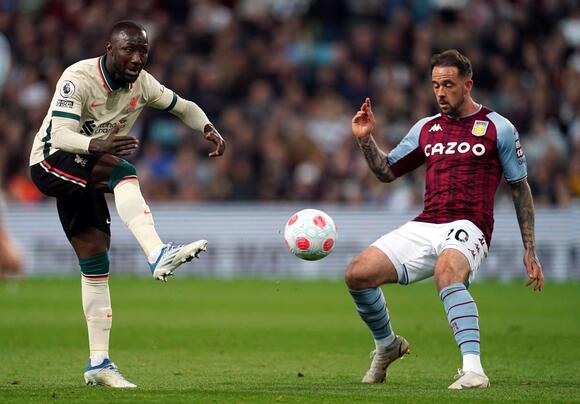 Former England international goalkeeper Paul Robinson has been speaking about Naby Keita's contract situation at Liverpool in a recent interview.

Former England international goalkeeper Paul Robinson has been speaking about Naby Keita's contract situation at Liverpool in a recent interview.

The 27-year-old has just 12 months left of his current deal and reports have suggested that talks to extend that will get underway soon.

In an interview with Football Insider , Robinson admitted he had been impressed with the performances of the Guinea international last season.

“It is important that they keep Keita.

“He had a lot of game time last season and he played well. I was really impressed by him.

“When you consider that (Sadio) Mane has gone and that (Mohamed) Salah and (Roberto) Firmino only have a year left it is important that you keep Keita. You don’t want too much upheaval in the squad.

“Keita played a lot better than people expected him to this year. I think he was excellent at times."

There was no doubt in Robinson's eyes that Liverpool should get Keita tied down to a new deal as soon as possible.

“It is very important that they keep him in my eyes. He has been much improved.

“You have to remember that they lost Wijnaldum last year and did not replace him. They can’t really afford to lose another.”

After probably his best season since joining Liverpool in 2018, it makes sense to embrace the upturn in Keita's form and fitness by keeping him at Anfield for longer with news on his future is expected over the coming weeks.

A former Celtic player believes the Greek-Australian would be temped by a move to Liverpool.
1 DAY AGO
LFCTransferRoom

Liverpool has reportedly entered the race to sign highly-rated French attacker in the summer transfer window, a deal that could cost upwards of €100m
2 HOURS AGO
LFCTransferRoom

Watch: Fernando Torres Has His Say, Gerrard or Lampard?

The former Liverpool striker has revealed his decision on the Gerrard vs Lampard debate, as well as Anfield vs Stamford Bridge
1 HOUR AGO
LFCTransferRoom

The transfer specialist reports that the Guinea international's future is far from clear as Reds continue to track Wolves midfielder.
1 DAY AGO
LFCTransferRoom

The latest on all the injuries in Jurgen Klopp’s Liverpool squad.
1 DAY AGO
LFCTransferRoom

Reds skipper Jordan Henderson has been left out of Jurgen Klopp’s starting XI over recent weeks.
1 DAY AGO
LFCTransferRoom

We spoke to former Liverpool midfielder and European cup winner Didi Hamann on Liverpool's recent struggles on and off the pitch, Cody Gakpo's transfer and FSG's ownership.
1 DAY AGO
LFCTransferRoom

All the key details as Real Madrid face Al Ahly SC in the FIFA Club World Cup on Wednesday.
1 DAY AGO
LFCTransferRoom

All the key details as Manchester United host Leeds United in the Premier League on Wednesday.
1 DAY AGO