Get the latest breaking news, sports, entertainment and obituaries in Canton, OH from Canton Repository.

Do you see a smile in the center of this daisy? It brightened this Canton family's day. CANTON – Katie Kent-Horton was dropping off some stuff at her parents' house Thursday afternoon when a wild daisy by the driveway caught her eye.

It was smiling at her.

"And I got into the car, and I'm like 'I've got to take a picture of this,'" said Kent-Horton, a mother of two who lives in Louisville. "You don't see flowers that have faces every day."

Kent-Horton said she did not do anything to alter the daisy. And she's not aware of any person who did. 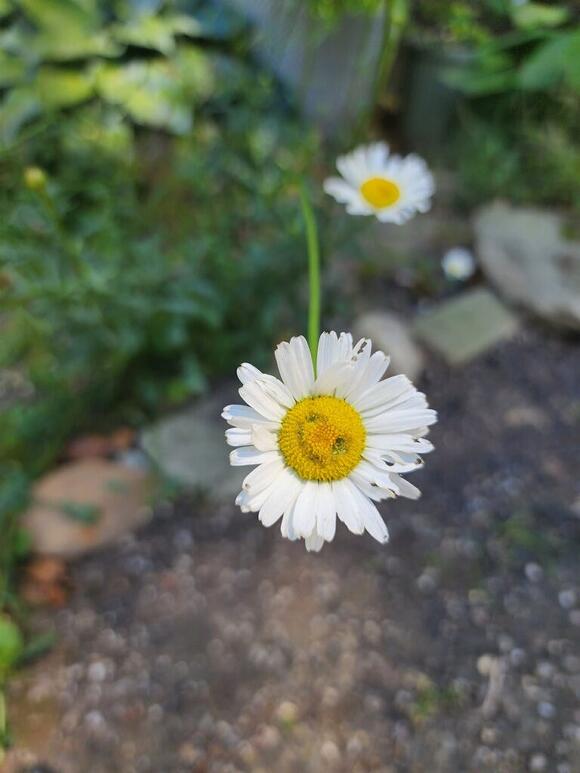 "I think maybe the bees when they were just gathering up pollen, they just happened to be landing in that position and ... that's the way it looked," she said.

Her father Mike Kent said: "We'd probably never noticed it if our daughter hadn't noticed it."

Gardening: Wildflowers are a spring delight

Kent-Horton's mom, Kathy Kent, suggested that her daughter send the picture to The Canton Repository. Kathy Kent recalled planting some daisies on one side of the driveway. And apparently, seeds made their way to the other side of the driveway, leading to the growing of the daisy that got a smile.

The next day when a reporter went by the Kents' home on 38th Street NW, the daisy's face was not exactly the same as in the picture provided by Horton.

Apparently, bees had torn off the chunk of flower between one of the eyes and the mouth.

"I just think maybe God was just making us smile," Kent-Horton said. "He puts things in our lives, and in our paths, and we don't even realize it sometime. Just to maybe make us feel better or just to talk to us so I think he might have been just making me smile that day."

Kathy Kent said, with the suggestion of a laugh in her voice, "I think it's cool. ... I think it's a botanical miracle."

Researchers have long documented people's tendency to see patterns and facial expressions in nature. It's known as face pareidolia. That's why one may see the Virgin Mary on a toasted cheese sandwich or a face on a rock on Mars.

"You never know what you see in nature," Kent-Horton said. 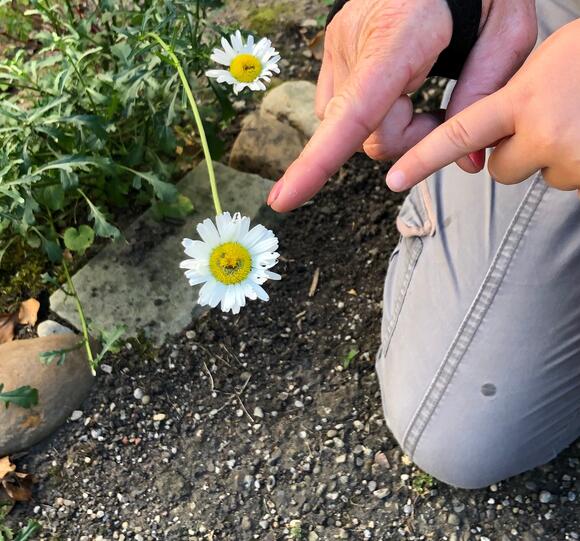 This article originally appeared on The Repository: Do you see a smile in the center of this daisy? It brightened this Canton family's day.

My husband and I chose daisies for flowers at our wedding. He died 2 years ago but the smile on the daisy reminds me that he's still smiling after 54years together. Thank you.

Get the latest breaking news, sports, entertainment and obituaries in Canton, OH from Canton Repository.