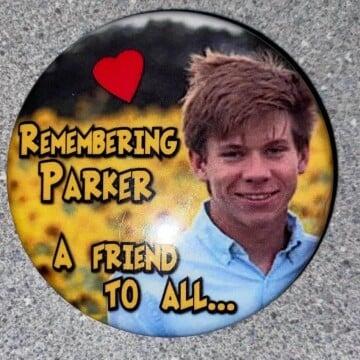 SPRING GREEN, Wis. — The Grant County Sheriff’s Office says they have found the remains of Parker Kruse, who had been missing since July 3rd of 2021.

RELATED: ‘You never want to go through this’: Search continues for missing Spring Green boater

Today, June 25, at 3:21 pm, the Grant County Sheriff’s Office received a call from a group of vacationers canoeing the Wisconsin River.

They have been canoeing the river for several years and were familiar with the Parker Kruse incident that took place on the river near Spring Green.

While setting up for camp for the night, they believed they had possibly discovered the remains of Parker just onto a sand bar island (Steamboat Island) about 1/4 mile north/east of the Blue River Bridge.  Blue River Fire Department was dispatched and assisted the Sheriff’s Office and Coroner’s Office in getting to the island.

The remains were transported back to shore, where it was determined by the family members on scene, that the remains located were those of Parker.

The Sheriff’s Office was assisted on scene by Blue River Fire and EMS, Wisconsin DNR, as well as the Grant County Coroner’s Office.

The fact the family identified him immediately after being in the water/sand bar for a year is unbelievable. The must have recognized his clothes or something specific on him. I don't think the body would be recognizable after all this time. My heart goes out to his family. Now they can have closure.

Finally, his family will have closure after such a tragic loss. My condolences to all who's lives this young man touched. ❤

MADISON, Wis. — The Dane County Medical Examiner’s Office on Thursday identified the victim who died in a crash on the westbound Beltline early Saturday morning. Carmelo Garcia Alvarado, 40, of Nicaragua, died at the scene of the crash on the Beltline near Agriculture Drive. Garcia Alvarado was...
DANE COUNTY, WI・1 HOUR AGO
Channel3000.com | News 3 Now

Bicyclist killed in crash on Madison’s east side ID’d

MADISON, Wis. — The Dane County Medical Examiner’s Office on Thursday identified the 79-year-old bicyclist killed in a crash on Madison’s east side earlier this month. William Cummings, of Madison, died at the scene of the Aug. 1. crash near the intersection of Pflaum Road and Mustang Way. The medical examiner’s office said he died from injuries he suffered in the crash, which police said involved a box truck.
MADISON, WI・2 HOURS AGO
Channel3000.com | News 3 Now

Man’s thumb bitten off during fight at Warner Park

MADISON, Wis. — A man’s thumb was bitten off during an argument and fight at Warner Park on Wednesday, according to the Madison Police Department. Madison police said the incident happened after two people who know each other got into a fight while drinking at the park. Police responded to the area around 5:50 a.m.
MADISON, WI・4 HOURS AGO
Channel3000.com | News 3 Now

PORTAGE, Wis. — A Columbia County judge set bond at $5,000 cash Wednesday for a Middleton man accused of fleeing law enforcement in three counties in a vehicle he allegedly stole from a woman at a Madison Walmart last week. Keewan Singleton, 34, faces charges of felony eluding and...
MADISON, WI・22 HOURS AGO

MAZOMANIE, Wis. — A delivery truck drove through a building Wednesday morning, destroying it. Dane County Sheriff’s officials said the driver failed to stop at a stop sign on Highway 78 in Mazomanie and drove through the structure, which housed a business. The incident was reported just before 7:15 a.m. Nobody was inside the building at the time of the...
MAZOMANIE, WI・1 DAY AGO
Channel3000.com | News 3 Now

MADISON, Wis. — A 12-year-old girl who went missing earlier this week has been found safe. Madison police had been searching for the girl since around noon on Tuesday. In an incident report update shared Thursday afternoon, police said the girl was found safe and is now back home. ﻿ Prior to her being found safe, police said the 12-year-old...
MADISON, WI・8 HOURS AGO
Channel3000.com | News 3 Now

Sun Prairie police ask drivers to avoid South Grand Ave. at US 151 due to crash

ATM stolen from east side coffee shop during overnight break-in

MADISON, Wis. — An ATM was stolen from an eastside coffee shop early Wednesday morning, according to local police. The general manager of EVP Coffee on East Washington Avenue told officers with the Madison Police Department he found signs that someone broke into the building when he arrived at work Wednesday.
MADISON, WI・7 HOURS AGO

MOUNT HOREB, Wis. — No one was injured in a house fire near Mount Horeb Monday evening, the Dane County Sheriff’s Office said. A neighbor reported seeing smoke coming from the home in the 2900 block of Town Hall Road east of Mount Horeb around 7:30 p.m., the sheriff’s office said in a news release. No one was inside the...
MOUNT HOREB, WI・2 DAYS AGO
Channel3000.com | News 3 Now

DARLINGTON, Wis. — Darlington police are asking those who witnessed a fight at the Darlington Swimming Pool to share what they saw. Police said a teenager was sent to the emergency room after a series of incidents that took place at the pool and nearby basketball courts. Police described video of the fight as “pretty graphic” and said the children who witnessed the incident may have found it disturbing.
DARLINGTON, WI・1 DAY AGO
Channel3000.com | News 3 Now

MADISON, Wis. — A man was caught on camera stealing rent checks from an eastside apartment building last week, according to a Madison Police Department incident report. Police said they responded to the 400 block of North Thompson Drive last Friday after a property employee called authorities to report the theft; officers ultimately determined the thief stole the checks on...
MADISON, WI・7 HOURS AGO
Channel3000.com | News 3 Now

BARABOO, Wis. — The Ochsner Park Zoo in Baraboo has finished installing security cameras more than two months after a man allegedly broke in and damaged locks on exhibits, allowing four animals to break free. The community’s parks department made the announcement Tuesday on Facebook. The post thanked community members for donating to the effort. Aaron Wayne Hovis, 34, of...
BARABOO, WI・2 DAYS AGO

‘Be Kind’ campaign underway in Sauk City after teen dies by suicide: ‘We can’t have another one’

Community members and businesses in the Sauk City area are reminding people to be kind to one another following a teenager's death by suicide two weeks ago.
SAUK CITY, WI・23 HOURS AGO
Channel3000.com | News 3 Now

MADISON, Wis. — The westbound Beltline is back open just past Todd Drive after a crash Wednesday. Footage from the scene appeared to show police and emergency vehicles pulled over on the righthand shoulder. Traffic was backed up all the way to John Nolen Drive due to the incident and delays still remain. It is unclear what caused the crash....
MADISON, WI・1 DAY AGO
Channel3000.com | News 3 Now

DEFOREST, Wis. — Firefighters are not strangers to rescuing animals from trees, but usually, those animals don’t have razor-sharp talons. That’s what crews with the DeForest Windsor Fire Department had to deal with Tuesday when they rescued a hawk. Somehow, the bird had gotten its foot stuck in a tree and was hanging upside down.
DEFOREST, WI・1 DAY AGO
Channel3000.com | News 3 Now

MADISON, Wis. — A delivery vehicle stolen on Madison’s east side Monday morning was found two hours later near Tenney Park, the city’s police department said. In an incident report, police said the vehicle was taken while a driver made a delivery to an apartment building in the 1000 block of East Washington Avenue around 10 a.m. The driver left the vehicle running while he made the delivery and came back to find it gone.
MADISON, WI・2 DAYS AGO
Channel3000.com | News 3 Now

MADISON, Wis. — Madison police arrested a man Tuesday who they said yelled and threw rocks at people. Officers were sent to a bike path near Broom Street and John Nolen Drive just after 9 a.m. after someone called about the 26-year-old. ﻿ When officers approached him he allegedly clenched his fists and became aggressive. He was arrested and faces...
MADISON, WI・1 DAY AGO
Channel3000.com | News 3 Now

DAYTON, Ohio — A Dane County man wanted in a deadly shooting on Madison’s north side late last month was arrested last week in southern Ohio. Madison Police Department spokesperson Stephanie Fryer said Aquille Lowe, 27, of Fitchburg, was arrested in Dayton, Ohio, on Thursday. He is being held in the Montgomery County, Ohio, jail and is awaiting extradition. The...
MADISON, WI・2 DAYS AGO
Channel3000.com | News 3 Now

MADISON, Wis. — A Madison man was injured Monday night after police said he fought off an attempted burglary. The man was reportedly in the living room of his home in the 500 block of South Randall Avenue when he heard someone enter the home at around 11:10 p.m. Police said he confronted the intruder and the two began to...
MADISON, WI・2 DAYS AGO