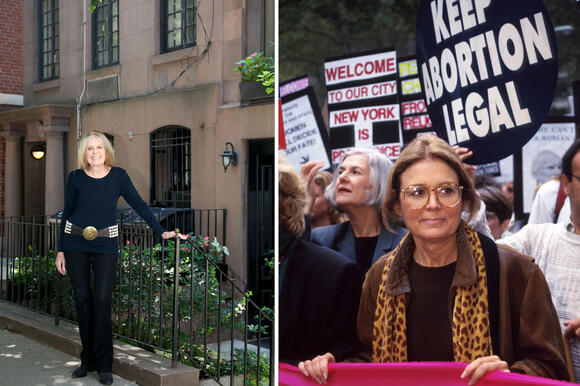 The morning after the Supreme Court’s overruling of Roe v. Wade , the famed feminist told The Post that her contribution to the cause will include opening her Upper East Side apartment to women in need of abortions.

“Everything from the small effort to say, ‘I have a guest room if you need to come to New York state, you can stay here,’” she said of her initial efforts.

“Which of course is limited since it’s only one room,” she added, laughing. “But at least it’s something that I can offer.”

The 88-year-old remembers a women’s clinic that was in her neighborhood and the influx of patients she would see arriving there following restrictions on abortions made in other states.

“I would see women coming in old, battered cars from all kinds of other states to get the abortion that they needed and couldn’t get in their homes,” she said.

On Friday, when she first heard the news of the ruling , her initial emotion was anger because she said it is “taking away our power to make decisions over our own bodies, which means we’re not living in a democracy.”

Steinem also weighed in on how some women are using sex strikes to regain some of that lost power. “That only makes sense if you’re striking against someone who’s against choice,” she said, laughing. “It would be good if we could withhold all sympathies, sex and support from the unfortunate members of the Supreme Court.”

The Ohio native moved to New York in 1960, and in 1971 famously launched Ms. Magazine, the first publication to be owned and operated by women.

The women’s rights leader, who has lived in Manhattan for over six decades, said she prefers New York because besides it being “a place of reproductive freedom … For one thing, I’ve never owned a car. I can walk everywhere. The street is diverse; you see people from all different countries as well as groups.”

Review: A novel becomes a metaphor for race and class hatred

“Jackal” by Erin E. Adams (Bantam) Something sinister lurks in the woods enveloping the fading industrial town of Johnstown, Pennsylvania. If you sense its presence, parents warn their children, “Don’t look.” If you do, the myth will become real. Liz Rocher knows there’s something to it. When she was a child, one of her friends disappeared, only to be found with her organs removed. When Liz was old enough, she moved away. But now, as Erin E. Adams’ novel “Jackal” opens, Liz reluctantly returns to attend a friend’s wedding. Being a Black female in Johnstown — and in America — is fraught with peril, Liz knows. As she puts it, “Your beauty is denied but replicated. Your sexuality is controlled but desired. You take up too much space, but if you are too small, you are ripped apart.”
JOHNSTOWN, PA・25 MINUTES AGO