Black bear spotted in Hudson Springs Park: How to 'bear-proof' your yard 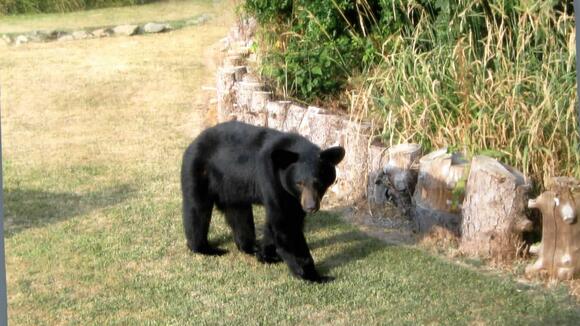 Bear Watch 2022 has officially began in Northeast Ohio with a recent sighting of a black bear in Hudson.

"It's that time of year! The annual bear migration through Hudson has begun, w/ a confirmed black bear sighting at Hudson Springs Park," read a tweet from the city of Hudson. "It is common for young black bears to travel great distances in search of new habitat, & they travel through Hudson."

In 2021, a black bear was spotted on the move in Hudson in an area off East Hines Hill Road in late June.

In 2018, a 400-pound bear caused a stir as it wandered through Northeast Ohio, damaging bird feeders and going through garbage in Brecksville, Hudson and Wadsworth. It was killed in June when it was hit by a vehicle on Interstate 77 in Akron.

In Summit County, black bears are generally “just passing through” as they seek out areas that are more suited to them, Stephanie Walton, chief of marketing and communications for Summit Metro Parks, said.

"Help wildlife stay wild. You can help bears stay safe by elevating bird feeders, feeding pets indoors and keeping your trash inside until pickup day," she said. "In the parks, stay on designated trails, leash your pets, respect park hours and refrain from approaching animals."

The Ohio Department of Natural Resources Division of Wildlife said black bears are usually fearful of people, making bear attacks a rare occurrence, but offers guidance on how to bear-proof your yard and what to do when you encounter a bear.

The best way to bear-proof a yard is to remove all potential food attractants from the area, including:

If you encounter a bear, the Department of Wildlife urges people to remain "AWARE":

Reporter Molly Walsh can be reached at mwalsh@gannett.com