WBTW News13 provides the latest breaking news, weather, and sports plus top stories from our daily broadcasts for the Myrtle Beach, Florence, and Pee Dee areas. 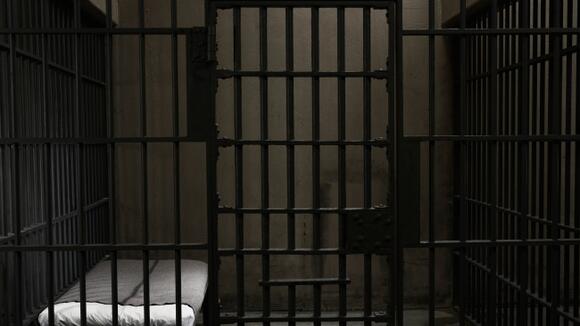 The U.S. Department of Justice said Thursday that 35-year-old Vernisha Suggs received her 71-month sentence Wednesday from U.S. District Judge James C. Dever III. She pleaded guilty in February to charges of conspiring to distribute heroin and fentanyl and conspiring to make false statements during the purchase of firearms.

According to court documents and other evidence presented by prosecutors, Suggs from 2018-20 bought numerous guns for Bloods gang members from licensed firearms dealers in Rocky Mount, signing paperwork saying the weapons were for her own use before handing them to gang members.

One of those guns was used in a gang-related shootout in 2019 and others were recovered from Bloods members during traffic stops or the execution of search warrants, prosecutors said.

Suggs also helped gang members distribute the two drugs in Nash and Edgecombe counties, allowing her home to be used for out-of-state drug suppliers to bring their fentanyl and heroin mixtures and providing a rental car that was used to bring a mixture of the two substances from New York to Rocky Mount.

For the latest news, weather, sports, and streaming video, head to WBTW.

Once again a gun law that's pled down. The drug charges alone should be 5-10 and the purchasing a gun for a felon should be 10 years each offense. Yet the DAs plead these cases and then complain about gins being the problem. Enforce the laws on the books and gun crime will go down. We don't need anymore laws that A)won't be enforced and B) won't affect crime rates.

she will be back out in no time because the time that she spend in county jail will go toward her time time serve she will b home within two years.

sentencing needs to be a bit more harsh. Criminal abuse of guns need to be addressed. Ridiculous. Isnt gang activity federal charges? Did someone get murdered with any of those guns? 6 yrs. smh What is our justice system hoping for? The already incarcerated to fix the problem? Tied to the Bloods, enemy to the Crypts?Reform People!

SPARTANBURG COUNTY, S.C. (WSPA) — Environmental Enforcement officers are seeking information from the public after officials found a puppy inside of a dumpster Thursday. According to the Spartanburg County Environmental Enforcement Department, officers responded to the 500 block of Willis Terrance Road after receiving a call about a dog in a dumpster. Once officers arrived […]
SPARTANBURG COUNTY, SC・1 DAY AGO

FLORENCE, S.C. (WBTW) — A 71-year-old woman was arrested Friday on two charges of reckless homicide after authorities said she drove through the scene of an accident Tuesday night, killing paramedic Sara Weaver and the injured motorcyclist she was treating, Cedric Gregg. The charges could carry up to 10 years each. South Carolina Gov. Henry […]
FLORENCE COUNTY, SC・1 DAY AGO
WNCT

Woman dies after being impaled by umbrella at South Carolina beach

Tammy Perreault, 63, was at a beach in Garden City when an umbrella was carried by the wind and hit her, according to Willard. Perreault died a short time later at an emergency room from chest trauma.
HORRY COUNTY, SC・2 DAYS AGO
WBTW News13

One North Carolina Walmart store has been repeatedly flagged by the state agency that checks for scanned prices lining up with those on the shelf.
CHAPEL HILL, NC・2 DAYS AGO
WBTW News13

What to know when facing eviction in North Carolina

Evictions are picking up again since the COVID-19 eviction moratorium ended one year ago.
DURHAM, NC・3 DAYS AGO

(WGHP) — When Johnathan Huff was born in January 2019, Jackie, her husband, AJ, and big brother Michael could not have been more pleased. “It felt like it completed our family because we were happy with just the four of us,” Jackie Huff said. Johnathan was an easy child. He was laid back and sweet […]
1 DAY AGO
WBTW News13

Cary police have released new 911 calls describing details of the pilot who exited an aircraft mid-flight in the Triangle on July 29.
3 DAYS AGO
CBS 17

While investigating further, Sgt. D. Newsome found the male driver, 29-year-old Dominic Battle, was in possession of a handgun and narcotics—and they were in a pretty unusual place.
ROANOKE RAPIDS, NC・4 DAYS AGO
WBTW News13

SLED: More charges in April death of child with disabilities in South Carolina

State agents have filed more charges related to the April death of a 14-year-old girl with disabilities in Cherokee County.
CHEROKEE COUNTY, SC・4 DAYS AGO

Horry County attempted murder, rape suspect in custody after being arrested in Massachusetts

HORRY COUNTY, S.C. (WBTW) — An attempted murder suspect is in custody, Horry County police announced Tuesday afternoon. Reginald Francis Neville was wanted in connection with a shooting on July 19 on Chanticleer Village Drive, according to Horry County police. Neville was arrested after being spotted in Massachusetts, according to a post from the Auburn […]
HORRY COUNTY, SC・4 DAYS AGO
cbs17

RALEIGH, N.C. (WNCN) — Zack’s Gas 76 and the connecting grocery store are taped off Wednesday night after Raleigh police responded to a shooting off New Bern Avenue. Along with the gas station and grocery store taped off, a Silver Pontiac Sedan was also taped off after it was shot multiple times and suffered damage to its windows as broken glass surrounded the vehicle.
3 DAYS AGO
WBTW News13

Workers at Carolina Forest Eggs Up Grill save woman’s life

CAROLINA FOREST, S.C. (WBTW) — Employees at the Eggs Up Grill in Carolina Forest on River Oaks Drive saved a woman who was choking with the help of a LifeVac. The woman passed out while choking and the employees were able to get out the food that was stuck in her throat. According to the […]
PUBLIC SAFETY・1 DAY AGO
WBTW News13

‘I drink my tears for water’: Grand Strand families who lost loved ones to violence gather to share experiences

SURFSIDE BEACH, SC (WBTW) — Children who have lost family members to gun violence gathered Thursday to share their experiences. Mothers Against Violence hosted an annual event at Wild Water and Wheels for children. The organization was founded by Elizabeth Bowens, whose son, Tony Hemmingway, was shot and killed working as a security guard at […]
MYRTLE BEACH, SC・2 DAYS AGO
WBTW News13

HORRY COUNTY, S.C. (WBTW) — Horry County Republicans have approved a resolution asking for an investigation into the county’s June 28 runoff election and major changes to how elections are handled in South Carolina. Party Chairman Roger Slagle plans to present the resolution to Horry County Council members during their meeting Tuesday night. The party […]
HORRY COUNTY, SC・20 HOURS AGO
WBTW News13

Most of the cities on the list are located in just one state, too.
MYRTLE BEACH, SC・6 HOURS AGO
WBTW News13

MYRTLE BEACH, S.C. (WBTW) – While South Carolina has made big gains in decreasing the number of mothers who smoke while pregnant, many counties still lag behind, according to the state’s health agency. In 2020, almost one in five expectant mothers in Union County smoked while they were pregnant, according to the South Carolina Department […]
MYRTLE BEACH, SC・4 DAYS AGO
WBTW News13

WBTW News13 provides the latest breaking news, weather, and sports plus top stories from our daily broadcasts for the Myrtle Beach, Florence, and Pee Dee areas.