California gas tax rebate: How much money will people get? 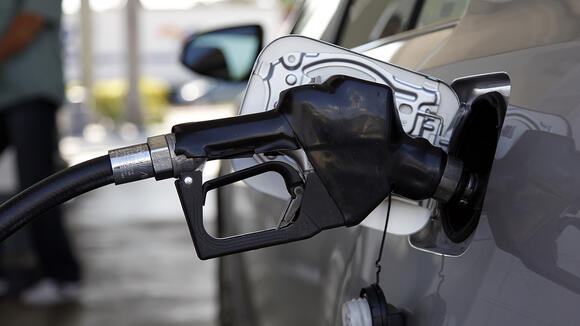 Most California taxpayers would get hundreds of dollars in cash to help offset the high price of fuel and other goods under a tentative budget compromise being discussed by legislative leaders and Gov. Gavin Newsom. The plan would return a portion of California's record-setting $97 billion budget surplus to taxpayers - but the money would only go to people who made below a certain income level. Newsom and legislative leaders were still negotiating the state budget on Friday, with talks scheduled to extend into the weekend. While both sides had agreed to a framework for rebates, the overall numbers could change as other parts of the budget are finalized. But in general, the less money people make in a year, the more money they would get from the state.

In general, the less money people make in a year, the more money they would get from the state.

As stocks plunge and costs continue to rise, ABC News' Rebecca Jarvis explains why experts say the U.S. economy may be headed toward a recession.

The proposal was confirmed by Assemblymember Miguel Santiago, a Democrat from Los Angeles. Santiago announced the plan in a news release late Friday afternoon, calling it an agreement between Newsom and the Legislature. But a representative for Santiago's office later clarified the deal has not yet been finalized. "As prices increase on everything from gas to baby formula, this rebate will help the vast majority of California taxpayers, including undocumented Californians, with hundreds of dollars in direct cash assistance, providing critical relief during tough times," Santiago said. The statewide average price for a gallon of regular unleaded gasoline in California hit an all-time high of $6.44 last week. The average price was $6.35 cents per gallon on Friday compared to the national average of $4.93. Republicans, who don't control enough seats in the state Legislature to pass anything, have called for Newsom and Democrats to temporarily suspend the state's gas tax - which at 51.1 cents per gallon is the second highest in the nation. The tax is scheduled to increase to 53.9 cents per gallon next week, an automatic adjustment that is part of a state law intended to keep up with inflation. Newsom and Democratic leaders have refused to suspend the gas tax, arguing it would not guarantee a big enough price drop to benefit drivers. They also said it would cost construction jobs as the tax pays for highway maintenance throughout the state.

With high gas prices, California lawmakers announced they would investigate oil companies they say are "abusing a historic situation to suck profits from Californians' wallets."

Instead, they pledged months ago to use the state's budget surplus to send money directly to taxpayers. But so far, nothing has happened because Newsom and legislative leaders have not been able to agree how to do it. Newsom had proposed sending the money to registered vehicle owners, while lawmakers wanted to send the money to tax filers. The proposal announced Friday is a compromise. The money would go to taxpayers instead of vehicle owners, but the checks would be larger than legislative leaders had initially proposed.

So, the state has almost 100 Billion and they are giving back about 10% of it. Where will the other 90 Billion go? We should spend the money on water reservoirs and new power plants, but no that's too much common sense, for the loons in Sacamrnto. They use the money as their personal slush fund to but votes and pay for meaningless pet projects.

Not everyone will receive this. First it was for everyone from DMV record now it only for people that have filed taxes 🙄 but I would not hold my breath.

Experts warn California of a disaster 'larger than any in world history.' It's not an earthquake.

A study says that as the Earth warms, a California flood that would swamp Los Angeles, displace millions and cause historic damage gets more likely.
CALIFORNIA STATE・1 DAY AGO
Washington Examiner

Social Security payments: First half of $1,652 direct payment to be sent in just weeks

Supplemental Security Income recipients are set to receive their first of two September Social Security payments in the next few weeks. Eligible recipients are set to receive their first payment of $841 on Sept. 1 and will receive their second payment of the month on Sept. 30 in the same amount, equaling out to a grand total of $1,652 for the month. September is one of two months in the year that people get two payments, according to the Social Security Administration, with the other month being December.
ECONOMY・1 DAY AGO