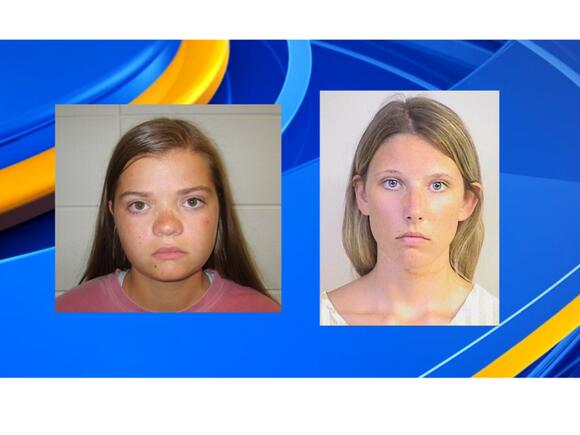 TUSCALOOSA, Ala. ( WIAT ) — The Tuscaloosa Police Department has charged a second person in relation to a social media post threatening violence against African-Americans made earlier this week.

Emily Elizabeth Cornett, 20, was charged Friday with disorderly conduct. She was jailed on
the misdemeanor charge Friday afternoon with bond set at $500.

Sydney Angela Holder, 20, of Mwas charged with disorderly conduct on Thursday. She has been
released from the Tuscaloosa County Jail after posting $500 bond.

The case stems from a video brought to TPD’s attention by members of the public and Shelton State College
administrators around 4 p.m. Thursday.

The Tuscaloosa Branch of NAACP released a statement on their Facebook’s page addressing details of the incident:

“The Tuscaloosa County Branch of the NAACP was notified late today of a video posted by a nursing student at Shelton State Community College depicting the student with a firearm, making a domestic terrorist statement. In the video, the student can be heard saying that she’ll ‘shoot a n***** in Walmart.’ “

The organization contacted Shelton State after being made aware of the video and its publisher. The college is actively working with TPD on this incident.

And nursing students at Shelton state at that, we don’t need people like this in the nursing field, yes make an example of them cause this behavior won’t stop here.

What very ugly hateful racist women. We should insist they be kicked out of nursing program and not allowed nursing licenses since nurses have a duty to treat everyone put into their care. Ignorance at its finest...

A woman killed in a Bessemer shooting was identified Wednesday morning.
BESSEMER, AL・9 HOURS AGO
CBS 42

Birmingham man sentenced to more than 3 years on firearm charge

A Birmingham man was sentenced to more than three years in jail on a firearm charge Tuesday.
BIRMINGHAM, AL・8 HOURS AGO
CBS 42

Second suspect arrested in shooting at Spades Restaurant and Lounge

TUSCALOOSA, Ala. (WIAT) — Tuscaloosa Police have arrested a second suspect involved in a shooting at Spades Restaurant and Lounge that left a man injured last month. According to Capt. Jack Kennedy with the Tuscaloosa Violent Crimes Unit, officers arrived at the restaurant and lounge on a shooting call around 1:20 a.m. on July 27. […]
TUSCALOOSA, AL・2 HOURS AGO
CBS 42

BIRMINGHAM, Ala. (WIAT) — From drag racing to donuts and now a deadly shooting – Birmingham Police said so-called exhibition driving led to a shooting that left one woman dead and four others hurt. Prosecutors have charged Ronald White, 23, with the weekend murder of Ja’Kia Winston, 19. Winston was killed early Sunday morning in […]
BIRMINGHAM, AL・1 DAY AGO
CBS 42

Birmingham-area attorney charged with smuggling drugs into jail for client

An arson and death investigation are underway after first responders found a body during a search after a house fire Tuesday morning.
BIRMINGHAM, AL・1 DAY AGO

The Birmingham man who was killed in a single-vehicle crash over the weekend was identified Tuesday morning.
BIRMINGHAM, AL・1 DAY AGO
CBS 42

HOMEWOOD, Ala. (WIAT) — One man is behind bars following a shooting in Homewood over the weekend.
HOMEWOOD, AL・2 DAYS AGO
CBS 42

BIRMINGHAM, Ala. (WIAT) — Neighbors in North Birmingham tell CBS 42 they feel like the city doesn’t care about their road conditions, after large potholes and other road hazards have been marked with cones for months. “We have several streets in this area that either have a hole in them or a soon to be […]
BIRMINGHAM, AL・1 HOUR AGO
CBS 42

TUSCALOOSA, Ala. (WIAT) —Tuscaloosa Police are looking for thieves who are stealing drivers’ personal information by using credit card skimmers at gas pumps. TPD Captain Kip Hart says three skimmers have been found on three different gas station pumps along I-20-59 in Tuscaloosa County. The skimmers were promptly removed. “It’s unclear how long they have […]
TUSCALOOSA, AL・1 DAY AGO

Class is back in session and kids across Jefferson County are hitting the books and looking ahead to another school year.
BIRMINGHAM, AL・20 HOURS AGO
CBS 42

BIRMINGHAM, Ala. (WIAT) — UPDATE: Detectives were told the suspects car was recovered in a separate incident. He will not be traveling in that particular vehicle. ORIGINAL: The Birmingham Police Department is seeking help from the public in locating a person of interest in an arson/homicide investigation. According to BPD Public Information Officer Truman Fitzgerald, […]
BIRMINGHAM, AL・1 DAY AGO
CBS 42

A woman is in custody after an attempt to elude police concluded with her sustaining minor injuries when an officer fired a handgun at her vehicle.
TUSCALOOSA, AL・2 DAYS AGO
CBS 42

A 73-year-old woman is dead after her vehicle was struck by a train in Birmingham over the weekend.
BIRMINGHAM, AL・2 DAYS AGO
CBS 42

1 dead, 2 injured in major crash that shut down Highway 31 in Calera

A major accident involving several vehicles and a tractor trailer has a portion of Highway 31 temporarily shut down.
CALERA, AL・7 HOURS AGO
CBS 42

Man injured, woman in custody after shooting in Bessemer

A man is injured and a woman is in custody following a shooting in Bessemer Monday morning.
BESSEMER, AL・2 DAYS AGO
CBS 42

BIRMINGHAM, Ala. (WIAT) — A suspect has been arrested following a shooting that left a woman dead and several others injured during a street race in Birmingham Sunday morning, the Birmingham Police Department reports. Ronald Demetrius White, 23, of Bessemer was arrested Sunday and charged with the murder of Ja’Kia Winston, 19, who was found […]
BIRMINGHAM, AL・2 DAYS AGO
CBS 42

It was a hectic start to the school year for Brighton School in Bessemer Tuesday. A fire broke out, forcing the school to close for the day.
BRIGHTON, AL・19 HOURS AGO