Violence by extremists could occur 'for weeks' in wake of SCOTUS decision: DHS 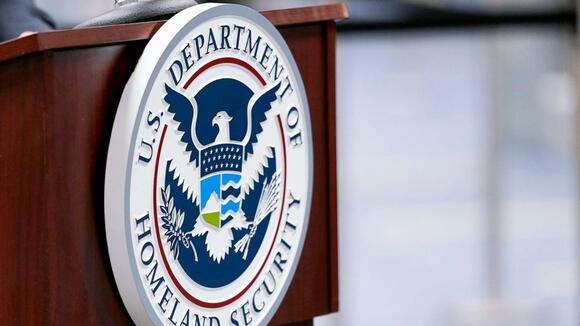 The Department of Homeland Security expects violence could occur "for weeks" from domestic violent extremists following the Supreme Court decision overturning Roe v. Wade , according to a bulletin obtained first by ABC News.

"We expect violence could occur for weeks following the release, particularly as DVEs may be mobilized to respond to changes in state laws and ballot measures on abortion stemming from the decision," the bulletin, dated June 24, said. "We base this assessment on an observed increase in violent incidents across the United States following the unauthorized disclosure in May of a draft majority opinion on the case," the bulletin said.

In the May bulletin, DHS warned that extremists might infiltrate the abortion debate.

According to DHS, domestic violent extremists are racially motived with perceived grievances.

Homeland Security Secretary Alejandro Mayorkas has said domestic violent extremists posed one of the biggest threats to the country.

DHS also assesses that federal judges and state government officials could likely be the target for violence ins response to the court's decision.

"Federal and state government officials -- including judges -- and facilities probably are most at risk for violence in response to the decision," the bulletin said. "In May, a network of loosely affiliated suspected violent extremists, known as "Jane's Revenge" -- which has been linked to arson attacks against the buildings of ideological opponents -- shared a post online encouraging a "night of rage" following the Supreme Court announcement, stating, "we need the state to feel our full wrath" and "we need them to be afraid of us.'"

The department also cites the recent arrest of a California man who traveled to the Washington area to allegedly kill Justice Brett Kavanaugh .

In a statement, a DHS spokesperson says they respect Americans rights to protest.

"Americans' freedom of speech and right to peacefully protest are fundamental Constitutional rights. Those rights do not extend to violence and other illegal activity," the spokesperson said. "DHS will continue working with our partners across every level of government to share timely information and to support law enforcement efforts to keep our communities safe."

MORE: What can Democrats in Congress do to protect abortion rights? Probably nothing, at least for now

Those protests, along with abortion clinics will "likely" be a target, DHS says.

"First [A]mendment-protected events following the released decision also probably will be attractive targets for a range of DVEs to commit violence against ideological opponents," the bulletin said. "On 22 June, an unidentified social media user posted content encouraging violence in response to the "night of rage" and told followers to "prepare to defend" themselves and "don't lock and load either. Load then lock," according to US Capitol Police."

Additionally, DHS says that faith based institutions will likely continue to be targets as well as family advocacy centers.

"In May and June, suspected DVEs opposed to abortion rights conducted arson attacks targeting a reproductive healthcare facility in Wyoming and a vacant building that was formerly a reproductive healthcare facility in Washington," the department said. "Also, in June, a suspected racially or ethnically motivated violent extremist posted online calling for attacks against abortion-related targets in reaction to "Jane's Revenge" activity."

They are holding the January 6 hearings to keep Trump from running for President again with their claims of resurrection. And now there are democratic elected officials demanding to dissolve the SCOTUS. Calling them illegitimate. Maxine Waters and others demanding violence against the justices. Obiden saying the high court as illegitimate. Jobama saying it is a mistake. Trying to intimidate the justices, making it necessary to put them under protection. This simply proves that the democratic leadership has no respect for the Constitution and the Amendments, and without these documents being respected for what they are and do, is definitely a roadblock in their path to socialism. 🇺🇸🇺🇸🇺🇦🇺🇦

They keep saying right wing terrorists, but all you see is the mayhem and destruction from the left! Yup here it goes again, mainly peaceful protests as cities burn, cops injured or killed etc.

Violence from democrats have been on the rise since the summer of the riots in 2020. With Kamala Harris saying "they won't stop the violence and shouldn't stop" and the Democrats defunding the police in so many Democrat controlled cities have made American citizens open air shooting galleries.

I am a disability rights leader in Indiana, and I am extremely concerned about the future of critical social services in our state and country. On Nov. 8, Health and Hospital Corporation (HHC) v. Talevski will be heard by the U.S. Supreme Court. A ruling in this case is likely to strip away the legal rights and protections of vulnerable citizens, including people with disabilities who rely on these programs to live full and active lives. These...
INDIANA STATE・12 MINUTES AGO
Asheville Citizen-Times

Roll Call: Here's how WNC's members of Congress voted the week of Sept. 23-29

WASHINGTON - Here's a look at how area members of Congress voted over the previous week. Along with the week's roll call votes, the Senate also passed, by voice vote, a resolution (S. Res. 753) urging the government of Brazil to ensure that the October 2022 elections are conducted in a free, fair, credible, transparent, and peaceful manner; and the Technological Hazards Preparedness and Training Act (S. 4166), to authorize preparedness programs to support communities containing technological...
CONGRESS & COURTS・14 MINUTES AGO
WEKU

How local and national leaders are tested by major natural disasters

If handled well, storms like Hurricane Ian can cement politicians' images as community leaders — competent and trusted to help constituents get what they need. If mishandled, they can mar legacies.
ENVIRONMENT・14 MINUTES AGO

As Russia’s war in Ukraine drags into its eighth month, the European Union scrambles for energy to heat its homes and power its industry in the coming winter, the U.S. and China continue to rattle sabers at each other over Taiwan and smaller actual and potential conflicts rage around the world, it seems like a good time to take stock […] The post Imperial delusion the enemy of peace, prosperity first appeared on Restoration NewsMedia.
U.S. POLITICS・8 MINUTES AGO