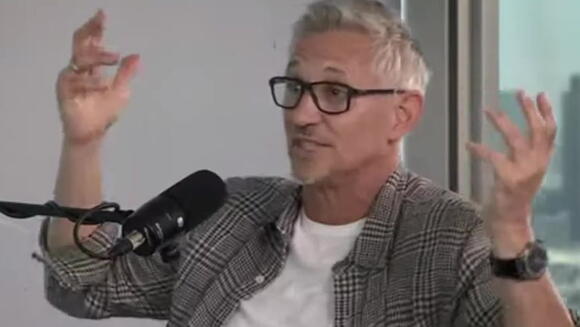 Gary Lineker has revealed he suffered “racist abuse” both as a child and during his football career, because of his “darkish skin”.

The England legend opened up on the abuse during an interview with The High Performance Podcast .

“I was a tiny geeky kid with darkish skin and [got] pretty much racist abuse even though I’m as English as they come,” Lineker said.

“Even in professional football I had that a couple of times, [but] I wouldn’t ever name any names.”

Erik ten Hag said that he did not introduce Cristiano Ronaldo as a substitute in Manchester United’s 6-3 derby defeat to Manchester City out of respect for the five-time Ballon d’Or winner’s career.Ronaldo was an unused substitute at the Etihad as hat-tricks by Erling Haaland and Phil Foden devastated United, ending Ten Hag’s run of four consecutive Premier League victories.Anthony Martial was instead introduced during the second half, making his first appearance since August after a spell out with an Achilles injury, and scored twice late on to reduce the arrears.Ten Hag revealed that he brought Martial on with the...
PREMIER LEAGUE・19 HOURS AGO
The Independent

Manchester City inflicted one of rivals United’s highest-scoring Premier League defeats with Sunday’s 6-3 stroll at the Etihad Stadium.A result featuring hat-tricks for Phil Foden and Erling Haaland, and which could have been even more emphatic but for two meaningless late Anthony Martial consolations, was only the fourth time United have conceded six in a Premier League game and made City the first team to inflict that fate twice.Here, the PA news agency looks at United’s worst defensive days in the competition.Hit for sixSunday was the first time United have conceded six since their defeat to Tottenham almost exactly two...
SOCCER・1 HOUR AGO
The Independent

Jesse Marsch has urged his players not to become frustrated by the opposition’s time-wasting tactics when they visit Elland Road.Aston Villa boss Steven Gerrard admitted after Sunday’s goalless Premier League draw that his side had deliberately tried to slow the game down in a bid to counter Leeds’ high-tempo style.Marsch’s 10 men held on for a point in an ill-tempered start-stop encounter after Luis Sinisterra’s dismissal early in the second half.Leeds’ head coach said: “I almost feel like we have to apologise (to fans) because they don’t get an entertaining match.“They get a match that’s totally slowed down from the...
PREMIER LEAGUE・1 HOUR AGO
The Independent

Cristiano Ronaldo’s unhappy season at Manchester United continued as he remained on the bench throughout defeat to Manchester City, prompting former captain Roy Keane to accuse the club of disrespect.The Portugal great remained a Manchester United player following a summer of speculation around his future but has started only one Premier League game this season with his only goal coming in the Europa League against Sheriff Tiraspol.Here, the PA news agency assesses Ronaldo’s impact in his second spell with United, and how it compares to his first.Shooting starThe final three seasons of Ronaldo’s first spell at Old Trafford, in which...
PREMIER LEAGUE・55 MINUTES AGO

Manchester United were "not brave enough" in the 6-3 loss on derby day at Manchester City, football boss Erik ten Hag has said.Though the Red Devils had bounced back from alarming defeats to Brighton and Brentford with four successive Premier League wins, they were brought down at the Etihad Stadium as Erling Haaland and Phil Foden both scored hat-tricks.“We were, in possession, not brave enough, made technical skills mistakes, decision mistakes and then you get hammered," Mr ten Hag said.Sign up to our newsletters.
PREMIER LEAGUE・2 HOURS AGO