30 With Murti: Howard Bryant on his new Rickey Henderson biography 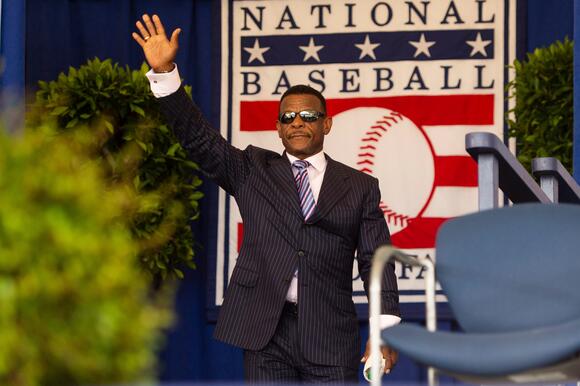 Rickey Henderson, one of the most impactful baseball players ever, spent parts of five amazing but controversial seasons with the Yankees in the 1980's. On the latest 30 With Murti, look back at Rickey's Yankees years with Howard Bryant, best-selling and award-winning author of the new biography, "Rickey: The Life and Legend of An American Original," from Mariner Books.

Alex Cora bragged about 2017 Astros, according to new book: 'We stole that f—-g World Series'

According to Evan Drellich’s new book, “Winning Fixes Everything,” Alex Cora would brag to his Red Sox team about how the 2017 Astros “stole” the World Series.
HOUSTON, TX・1 DAY AGO
WFAN Sports Radio

BT: Gerrit Cole not being recognized as top 10 pitcher is 'disrespectful'

Gerrit Cole did not make MLB Now’s annual top 10 list of pitchers in the league, and Brandon Tierney can’t believe the disrespect towards the Yankee ace.
1 DAY AGO
WFAN Sports Radio

According to MLB insider Hector Gomez, Luis Severino will not pitch in the World Baseball Classic this year because Brian Cashman shot it down.
NEW YORK CITY, NY・1 DAY AGO
WFAN Sports Radio

“He’s not going to beat around the bush about anything and he’s not going to sugarcoat anything,” Baty told Will Sammon of The Athletic. “If he doesn’t see something he thinks will play at the next level, he will tell you straight up.”
MINNESOTA STATE・2 DAYS AGO