It started 40 minutes late, and had its share of flubbed chord changes and missed cues — but Jack Antonoff’s Superjam seems a lock as to be one of Bonnaroo 2022’s high points.

Simply put, it was unpredictable, unpretentious, chaotic and fun as all get out — descriptors that have defined this fest’s best moments. 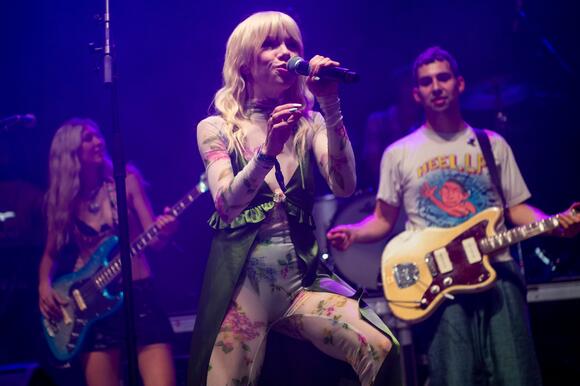 Dubbed “Jack Antonoff’s 1984,” the set saw the Bleachers frontman and in-demand pop producer tackling the biggest hits of his birth year. He and his band were joined by a slew of special guests from indie rock, jam bands and pop — some of whom weren’t even on the festival lineup.

Bonnaroo 2022 live updates: See the latest from The Farm

Chief among those was Carly Rae Jepsen, whose introduction led to audible gasps and cheers from the field. The “Call Me Maybe” singer joined Antonoff to perform Cyndi Lauper’s “Time After Time” and Tina Turner’s “What’s Love Got To Do With It.”

Other highlights included Chvrches’ Lauren Mayberry (just 30 minutes before her band played on the Which stage) knocking Madonna’s “Like a Virgin” and “Material Girl” out of the park, Spoon’s Britt Daniel (also not part of the ‘22 bill) on Echo & the Bunnymen’s “The Killing Moon” and Japanese Breakfast’s pitch perfect casting on Nena’s “99 Luftballons.” 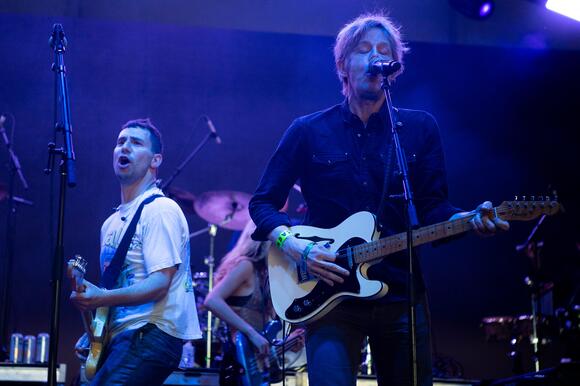 Antonoff took lead vocals on “You Spin Me Round (Like a Record)” — “Best Adam Sandler song,” he exclaimed in a nod to “The Wedding Singer.”

Jack, Japanese Breakfast’s Michelle Zauner and company closed things out with a song close to Tennessee’s heart: “Islands In The Stream.”

On Sunday night, Elton John and Music City finally finished a very long goodbye. It’s been nearly five years since the rock legend announced he’d embark on one last tour before riding off into the sunset. The “Farewell Yellow Brick Road” tour first came to Nashville in 2018, then returned for a victory lap the following year.
NASHVILLE, TN・17 HOURS AGO
The Tennessean

"People are disasters. Sometimes someone gets their a** whupped for cheating [on their partner] in the parking lot of an Exxon filling station. And we're not just going to talk about it at the beauty salon. I hope this album is one where people hear it, feel smarter or better for hearing it, and when they do, it either makes their chins drop in thought, or they smile to themselves. Then I want them to whisper to their friends to stream it from beginning to end." ...
MUSIC・2 DAYS AGO