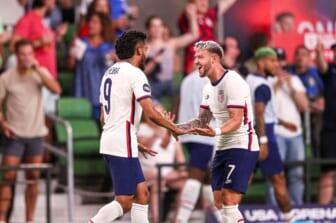 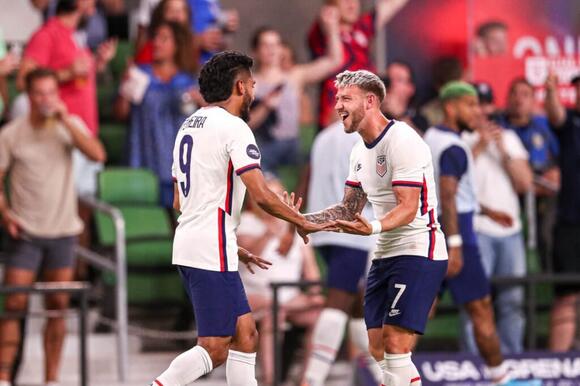 Surprising FC Dallas returns to the pitch after the international window Saturday night when the Vancouver Whitecaps visit Frisco, Texas.

The teams played on May 18, with the Whitecaps rallying to beat FC Dallas 2-1 in Vancouver behind goals from Brian White and Lucas Cavallini, the latter a penalty kick in the 92nd minute.

FC Dallas (7-3-4, 25 points) has been outstanding at home this season, losing just once in seven matches. That loss was in its most recent home game, when FC Dallas fell to Minnesota United 2-1, snapping a five-match home winning streak.

It was also the first time this season the Toros have conceded more than one goal in a home match.

FCD’s Paul Arriola was voted the league’s player of the month for May after he scored in five consecutive MLS matches, equaling the third-longest streak in club history. Only Carlos Ruiz (seven straight in 2006) and Jeff Cunningham (six straight in 2009) have had longer streaks for Dallas.

Arriola tallied six goals in May, leading all MLS players during the month. Four of Arriola’s goals came on the road including an away brace at Orlando City on May 28 in a 3-1 win in the final game before the break.

“This is why he’s here,” FCD head coach Nico Estevez said about Arriola. “This is why the club invested. We know what he can do. He’s the best winger in the league. And then he’s showing up every weekend … we are really, really happy to have him on our team.”

Arriola and Jesus Ferreira (nine goals) give Dallas the top 1-2 scoring punch in the league this season as they also play for the U.S. Men’s National Team.

Vancouver (5-8-2, 17 points) heads to the Dallas-Fort Worth Metroplex on the heels of a 4-0 loss at Seattle on Tuesday. It was the Whitecaps’ eight setback in their last nine matches away from home. Vancouver has surrendered three goals or more in four of those nine road games.

“The frustrating thing is it looked like they wanted it more than us,” Whitecaps midfielder Ryan Gauld said after the loss. “That can’t be allowed to happen. We didn’t really have any response for really breaking them down or stopping them playing. We’re just all frustrated, and we’re all pissed off.”

Still, the Whitecaps are 4-2-1 since the beginning of May, reversing a terrible 1-6-1 start to the MLS season. Cavallini leads the Whitecaps with four goals on a team-best 33 shots.

The Philadelphia 76ers fancy themselves as one of the top contenders to unseat the defending NBA Champion Golden State Warriors
PHILADELPHIA, PA・2 DAYS AGO
Sportsnaut

Temple looks to defeat No. 3 Houston again, pull even in AAC

Third-ranked Houston will look to avenge a home loss to Temple when the teams engage in an American Athletic Conference
HOUSTON, TX・6 HOURS AGO
Sportsnaut

The Dallas Mavericks will tip off a five-game trip without Luka Doncic when they visit the Golden State Warriors on
DALLAS, TX・12 HOURS AGO
Sportsnaut

Free agent guard Kia Nurse signed a contract with the Seattle Storm on Friday. Terms of the deal were not
SEATTLE, WA・18 HOURS AGO
Sportsnaut

The Chicago Bulls overcame a pair of less-than-stellar performances from stars DeMar DeRozan and Zach LaVine to record their fifth
CHICAGO, IL・5 HOURS AGO
Sportsnaut

The Western Conference-leading Denver Nuggets will attempt to sweep their three-game homestand on Saturday when they face the Atlanta Hawks,
DENVER, CO・5 HOURS AGO
Sportsnaut

Dallas Mavericks guard Luka Doncic will not join the team for the start of a five-game road trip Saturday against
DALLAS, TX・17 HOURS AGO
Sportsnaut

There are no definitive means to measure how much the trade deadline rumors are adversely affecting the Toronto Raptors, but
HOUSTON, TX・1 DAY AGO
Sportsnaut

Forward/center Azura Stevens is leaving the Chicago Sky and plans to sign as a free agent with the Los Angeles
CHICAGO, IL・1 DAY AGO
Sportsnaut

The Philadelphia Eagles remain the favorite to win Super Bowl LVII, but the line has made a noticeable shift, with
PHILADELPHIA, PA・1 DAY AGO
Sportsnaut

No. 3 Houston comes from behind to top Wichita State

Jarace Walker and Marcus Sasser scored 15 points apiece to lead five Houston players in double figures as the No.
WICHITA, KS・1 DAY AGO