Social Security: New Bill Could Give Seniors an Extra $2,400 a Year 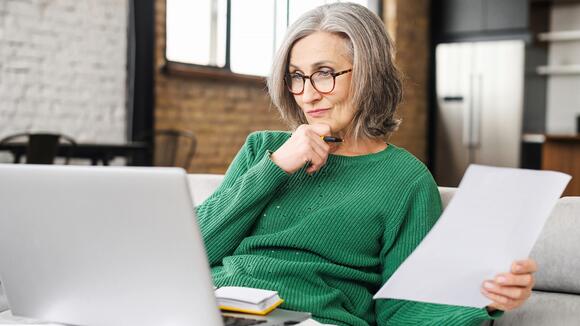 Social Security recipients could get an additional $2,400 a year in benefits if a new bill recently introduced to Congress wins approval — something seniors would no doubt welcome as surging inflation wipes out their annual cost-of-living increases.

Social Security: Women Get $354 Per Month Less Than Men – Here’s Why
Related: 5 Things You Must Do When Your Savings Reach $50,000

The Social Security Expansion Act was introduced on June 9 by U.S. Rep. Peter DeFazio (D-Ore.) and U.S. Sen. Bernie Sanders (I-Vt.), CBS News reported. Under terms of the bill, anyone who is a current Social Security recipient or who will turn 62 in 2023 would receive an extra $200 in each monthly check.

The bill is timely for a couple of reasons. First, it follows a Social Security Administration announcement earlier this month that Americans will stop receiving their full Social Security benefits in about 13 years without actions to bolster the program.

Take Our Poll: Do You Think Student Loan Debt Should Be Forgiven?

It also comes during a period of historically high inflation that has a particularly big impact on seniors living on fixed incomes, many of whom rely solely on Social Security payments. This year’s Social Security Cost-of-Living Adjustment (COLA) of 5.9% is based on inflation figures from 2021. But since then, inflation has pushed well above 8%, meaning Social Security recipients today are actually losing money.

The new bill aims to ease the financial strain by boosting each recipient’s monthly check. The average monthly Social Security check is about $1,658, meaning a $200 increase would represent a 12% boost.

“Many, many seniors rely on Social Security for the majority, if not all, of their income,” said Martha Shedden, president of the National Association of Registered Social Security Analysts. “$200 a month can make a significant difference for many people.”

Even if the bill in its current form doesn’t pass Congress, observers expect some kind of change to Social Security to ensure it serves the needs of recipients well into the future.

“I’m confident changes will be made,” Shedden said. “I don’t know if this is the bill that will pass, but there is more and more movement on it.”

This article originally appeared on GOBankingRates.com : Social Security: New Bill Could Give Seniors an Extra $2,400 a Year

they just reduced college debt loans by $10,000. These are individuals that don't deserve it - they are young and can get out there and work. Seniors are the one that are feeling the brunt of this inflation.

it's not going to happen folks. typical politician's lies before a election. but the politicans didn't hesitate to give themselves a raise last year.

If you love mild, sunny weather, Florida is the place to be. It's no secret that the climate is a big part of the reason retirees flock there year after year. And while there are some affordable...
FLORIDA STATE・3 DAYS AGO
GOBankingRates

On Jan. 19, the U.S. officially hit its debt ceiling, having spent all of the $31.4 trillion available for expenditures as allocated by the Treasury. In the days since, conversations have become...
3 DAYS AGO
GOBankingRates

Food Stamps in Peril? Record Costs for SNAP in 2022 Put the Program in Debt Ceiling Crosshairs

It's no secret that certain lawmakers want to cut federal spending as part of the current debt-ceiling negotiations -- and some have their eyes on entitlement programs such as Social Security,...
IOWA STATE・10 HOURS AGO
GOBankingRates

Although 2022 was the first year since the pandemic without federal stimulus, states across the country distributed payments to their residents last year through their own initiatives. Some payments...
ILLINOIS STATE・3 DAYS AGO
GOBankingRates

As soon as America reached its debt ceiling on Jan. 19, exhausting the $31.4 trillion in its credit line from the Treasury, all eyes and ears turned to the country's financial future. Congress has...
3 DAYS AGO
GOBankingRates

Dollar Tree Is Raising Prices: What You Need To Know

Dollar Tree changed its standard price point from $1 to $1.25 in 2022, and there are more changes coming. The Fortune 500 company has also been working on Dollar Tree Plus, a new initiative for...
3 DAYS AGO
Business Insider

McCarthy appeared on the CBS program "Face the Nation" ahead of a Wednesday meeting with President Biden where the two will discuss the debt limit.
CALIFORNIA STATE・1 DAY AGO
GOBankingRates

It's no surprise that the housing market has been a difficult one recently, as inflation, soaring rates and short supply made for a bad combination for potential homebuyers. What may come as a...
COLORADO STATE・5 DAYS AGO
GOBankingRates

8 Best Deals at the Dollar Tree

Dollar Tree is a popular go-to store for frugal shoppers, but many customers might not realize just how much they can actually save by shopping there. From household items and party supplies to pantry...
5 DAYS AGO
GOBankingRates

The East Coast is often seen as an affluent part of the country, even though it includes a number of states spanning New England to the South with varying economies. The entire U.S. has experienced...
GEORGIA STATE・4 DAYS AGO
GOBankingRates

Times have been tough amid inflation, which was up 9.1% in June 2022 -- the largest year-over-year increase since the 12-month period ending Nov. 1981, according to the U.S Bureau of Labor Statistics....
6 HOURS AGO
GOBankingRates

Claim Your Money From All These Class Action Settlements Worth Millions

Consumers and the government alike are cracking down on companies that have engaged in negligent or harmful policies -- whether it's purposefully slowing down data while keeping rates high (in the...
ILLINOIS STATE・5 DAYS AGO
GOBankingRates

The sudden and lengthy appearance of the coronavirus pandemic delivered many lessons -- among them, that life can be taken away from even the healthiest individuals in the blink of an eye. Planning...
4 DAYS AGO
GOBankingRates

Renter Protection: White House Issues ‘Renters Bill of Rights’ — What It Means for Tenants (and Landlords)

In what it terms a "renters bill of rights," the Biden administration has unveiled a new plan of action to protect American renters from unfair housing practices and steep rent increases. See: 40...
4 DAYS AGO
GOBankingRates

A job is designed to meet our financial needs, but these days, perks matter almost as much as salary. According to a recent Glassdoor survey, around 60% of respondents said they strongly consider the...
5 DAYS AGO
GOBankingRates

Will Your Home Lose Value in a Recession?

The big 'R' word: We've been hearing it tossed about through gritted teeth for months now. As the Federal Reserve has steadily hiked interest rates in its efforts to curb inflation, the unfortunate...
FLORIDA STATE・3 DAYS AGO
GOBankingRates

Millionaire by 65: This Deposit at Birth Ensures Your Child Retires With Seven Figures

Retirement may not come easy for future generations. With talk of Social Security being depleted by 2035 and more people retiring later in life than they did 30 years ago (76% of Americans aged 65-69...
5 HOURS AGO
GOBankingRates

With Social Security in Jeopardy, How Do Americans Plan To Fund Retirement?

Social Security is an important source of retirement income for most Americans, but the program continues to come under assault because of the amount of money that goes into funding it. Last year,...
3 DAYS AGO
GOBankingRates

Retirees in Trouble: How To Play Catchup as 75% Fall Behind This Major Income Goal

Unwritten rules guide us throughout our lives, from infancy to old age. As far as retirement income goes, most experts have agreed for years that replacing 70% of your pre-retirement income should be...
5 DAYS AGO
GOBankingRates

Social Security: Is It Truly Advantageous To Delay Benefits In Today’s Economy? Experts Weigh In

There's a lot to consider in deciding when to apply for Social Security benefits, ranging from your personal wealth and financial needs to your health and life expectancy. Most financial experts...
3 DAYS AGO