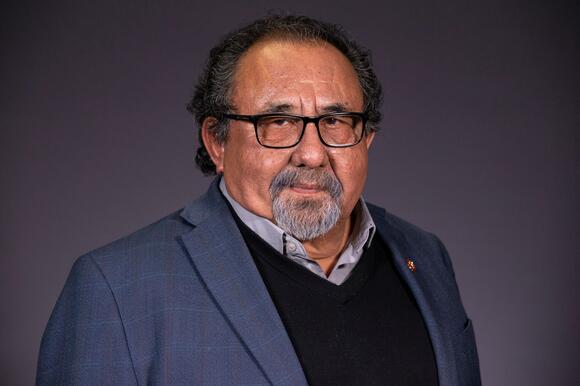 Within the next two weeks, the U.S. Supreme Court will issue a ruling that could light a powder keg in America.

A leaked early draft opinion , indicating the justices are preparing to overturn Roe v. Wade, was enough to prompt a 26-year-old California office manager to plot murder. That, and a belief that the conservative court would loosen gun laws.

In the wee hours of June 8, police say the man took a cab to Supreme Court Justice Brett Kavanaugh’s Maryland home after finding his address on the internet. He brought with him a gun, a knife, pepper spray, duct tape, zip ties and a crowbar, among other things.

Fortunately, sanity kicked in and the man called 911 to turn himself in.

The Supreme Court Police Parity Act breezed through the House on Tuesday, passing on a 396-27 vote.

Rep. Raúl Grijalva was among the 27 Democrats who voted no. (The bill earlier passed the Senate on a unanimous vote.)

Grijalva tried, and failed, to take the high road

Grijalva grappled to claim the high ground in voting with other liberal Democrats to deny protection to the husbands and wives and children of the justices. He didn’t quite reach it.

“ I am concerned at the speed which Republicans are willing to act to protect the Supreme Court, but not the lives of children from gun violence,” he said, in a written statement to The Arizona Republic’s Tara Kavaler.

So, because Republicans have shamelessly refused to pass any gun reforms to try to protect children, Grijalva refused to provide additional protections to the Supreme Court justices who face the chilling prospect of attack?

If that doesn’t fly, how about this one?

Looking ahead: What would a ban on abortion in Arizona look like?

So, because the bill doesn’t extend protection to the Supreme Court's staff and to lower-court federal judges, Grijalva voted against expanding Supreme Court protection on the eve of a ruling that is sure to provoke rage from sea to seething sea?

Justices' families could easily be targeted

Just last month, a molotov cocktail was tossed into the headquarters of an anti-abortion group in Madison, Wis. A message was scrawled onto a wall by a group calling itself Jane’s Revenge: “If abortions aren’t safe, then you aren’t either.”

Earlier this month, a pro-life Christian pregnancy center in Buffalo, N.Y., was firebombed and a message painted onto the wall: “Jane Was Here.”

Earlier this week, a pregnancy resource center in Des Moines, Iowa, was attacked and vandalized.

Is it really a stretch to think terrorists would target the home or the family of a Supreme Court justice who votes to overturn Roe?

It’s not, which makes Grijalva’s vote all the more outrageous.

I'm going to take the high road here and presume that Grijalva's vote wasn't political payback. That he would have voted the same way were it the liberal contingent of the court that is under fire.

It should be beyond dispute that the men and women who are the ultimate arbiters of what is constitutional and what is not ought not have to fear for their lives or the lives of their loved ones as they consider these highly charged cases that could transform America.

Whether we agree with that transformation or not.

Grijalva is right that protections should be extended to federal judges and their families when warranted. But to use that as the excuse to hold off on expanding protections to the Supreme Court on the eve of an abortion ruling that is likely to ignite America?

Raúl Grijalva: Immigration fix 'is not found in simplistic slogans or fearmongering'

The Arizona Republic asked candidates Rep. Raúl Grijalva, D-Ariz., and Republican challenger Luis Pozzolo a series of questions that ranged from policy issues such as water rights and the war in Ukraine to specific topics in the 7th Congressional District. Below are Grijalva's responses, which were submitted in writing....
ARIZONA STATE・1 DAY AGO
Matthew C. Woodruff

Jared Kushner has agreed to pay a $3.25 million fine to the state of Maryland and to reimburse potentially tens of thousands of tenants of his 9000 rental units in Baltimore. The restitution will take the form of refunds to tenants who were charged illegal fees such as excessive application fees, improper agent fees, writ fees and unreturned security deposits.
MARYLAND STATE・1 DAY AGO
HuffPost

Kamala Harris awkwardly flubbed her speech while visiting the Korean Demilitarized Zone (DMZ) on Thursday, September 29. The Vice President was in the middle of lauding the United States' relationship with South Korea — known as The Republic of Korea — when she accidentally referred to them as a completely different country."The United States shares a very important relationship, which is an alliance with the Republic of North Korea," she declared. "And it is an alliance that is strong and enduring."PRESIDENT JOE BIDEN 'IRKED' AFTER LEARNING KAMALA HARRIS 'SOWING DIVISION' IN DEMOCRATIC CIRCLES AS PARTY MULLS WHETHER HE’S TOO OLD"I...
POTUS・23 HOURS AGO

A court filing by Donald Trump’s legal team has revealed that the former president hoarded some 200,000 pages of federal documents upon leaving office, spread between the 11,000 documents already mentioned following the search of Mar-a-Lago.In the filing, which contains Mr Trump’s objections to an accelerated review schedule laid out by special master US District Judge Raymond Dearie, his lawyers argue that an early October deadline for scanning and reviewing the documents is unrealistic because they cannot be processed quickly enough.The former president’s team also claims that Judge Dearie is overstepping his authority by asking them to confirm the...
FLORIDA STATE・17 HOURS AGO
Salon

When former President Donald Trump went to court against the Justice Department to stall the federal investigation into classified documents at his Mar-a-Lago resort in Palm Beach, Florida, a district judge he appointed, Aileen Cannon, granted Trump everything he asked for, appointing a special master to review the documents for executive privilege even though no legal precedent grants a former president privilege over national security documents, and effectively blocking the DOJ from conducting a national security review until the special master's work is complete.
POTUS・2 DAYS AGO
Newsweek

The House January 6 committee will speak to Ginni Thomas this week after she agreed to a "voluntary meeting."
CONGRESS & COURTS・1 DAY AGO
Cincinnati CityBeat

The study suggests Ohio may experience more gun crimes by not screening out people who have been convicted of violent assaults from buying guns.
OHIO STATE・4 MINUTES AGO

The Justice Department on Thursday accused an Army doctor and a Johns Hopkins anesthesiologist of conspiring to provide the Russian government with medical information about U.S. soldiers and their relatives. The indictment names Jamie Lee Henry, an Army major at Fort Bragg who had a secret security clearance, and Henry’s...
MILITARY・1 DAY AGO
AZCentral | The Arizona Republic

The Arizona Republic asked 2nd Congressional District candidates Rep. Tom O'Halleran, D-Ariz., and Republican Eli Crane questions about policy issues such as water rights, the war in Ukraine and other top issues. O'Halleran represented the 1st Congressional District since 2017; post-redistricting, he is running in the new 2nd district. ...
ARIZONA STATE・2 DAYS AGO
AZCentral | The Arizona Republic

$8 loaf of bread? Inflation drives already-high prices even higher on the Navajo Nation

It’s already expensive to live on the Navajo Nation and inflation has only added to the cost.  Crystalyne Curley saw a picture posted on Facebook from a Blue Gap community member that drove home the message.  ...
BLUE GAP, AZ・1 DAY AGO

Truth or fiction? 5 steps to avoid getting duped by election season misinformation

The rise of internet and social media has brought a surge in misinformation that can travel at the speed of a finger click on the "share" button. And there's no time like an election season to hone your critical thinking skills and ensure you don't get duped. ...
ARIZONA STATE・2 DAYS AGO
Reuters

Sept 30 (Reuters) - A federal judge on Friday dismissed Mexico's $10 billion lawsuit seeking to hold U.S. gun manufacturers responsible for facilitating the trafficking of a deadly flood of weapons across the U.S.-Mexico border to drug cartels.
CONGRESS & COURTS・17 MINUTES AGO
AZCentral | The Arizona Republic

Kyrsten Sinema fraternizes with Mitch McConnell. That doesn't make her a traitor

After the mass murder of teachers and students at a Texas elementary school, a small group of Republican and Democratic senators began meeting in Kyrsten Sinema’s Capitol Hill office. They crafted a bill that would eventually become the most important gun legislation passed in a quarter-century. ...
CONGRESS & COURTS・2 DAYS AGO
AZCentral | The Arizona Republic

Opinion: Arizona Republicans will set back the fight against abortion if they refuse to accept political reality and double down on stringent laws instead. Arizona Republicans are locked in a debate over how to regulate abortion. Gov. Doug Ducey argues for a 15-week ban he signed earlier this year. Attorney...
ARIZONA STATE・5 HOURS AGO

Maricopa County attorney: 'I will not prosecute women for having abortions'

Maricopa County Attorney Rachel Mitchell says she will not prosecute anyone who receives an abortion, in a statement posted to Facebook on Tuesday. "I know this is a highly emotionally charged subject, and I want the community to know that I will not prosecute women for having abortions," Mitchell said in the video.  ...
MARICOPA COUNTY, AZ・2 DAYS AGO
AZCentral | The Arizona Republic

Sustainable spending or 'sustainobabble'? A new group of experts will try to sort it out

Money can't solve everything. But a trillion U.S. dollars — that's a one with twelve trailing zeros — can make a sizable dent in a lot of problems. That's the theory behind the Biden-Harris administration's new Acquisition Policy Federal Advisory Committee, which held its first meeting Thursday. ...
ECONOMY・2 DAYS AGO
Reuters

Fentanyl has become a serious problem for teens and young adults in Arizona. In an effort to address the issue of opioid abuse, the Maricopa County District Attorney's Office hosted a panel Tuesday night to alert parents about the prevention and effects of the drug. The event was held at...
MARICOPA COUNTY, AZ・2 DAYS AGO