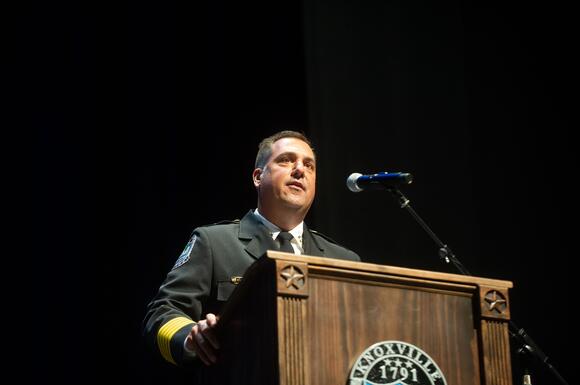 New Knoxville Police Chief Paul Noel is a Louisiana man who knows his football. And he knows every new coach is expected to improve the team's record.

It's the same for a new police chief.

Noel said he is ready to get to work on addressing the department's biggest challenges, including a rise in violent crime and a collection of resignations and retirements amid investigations.

Noel was sworn in Monday. Here are his challenges.

Stem a rise in homicides 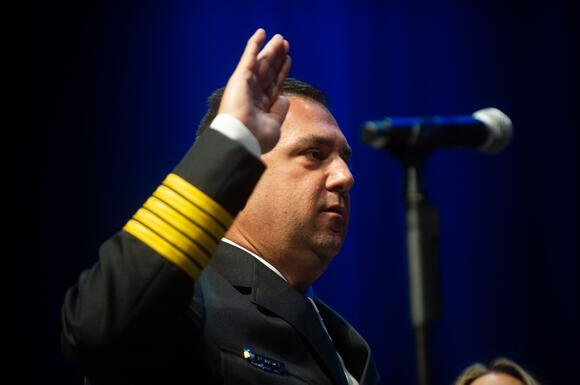 Knoxville’s rise in violent crime is highlighted by consecutive years of record-setting homicides. Noel recognized the challenge when he spoke to reporters after his swearing-in ceremony.

“There's many different public safety problems going on, but violent crimes is going to be the most important thing that we focus on,” he said.

Nine teenagers died by gunfire in 2021, including six teenagers who attended the same high school.

Thirteen people in Knoxville have lost their lives to violence this year.

Violence rates are up across the country — in both rural and urban areas — with no clear explanations for what's causing the uptick.

Noel said he'll use data analytics to make better-informed decisions about how the department uses its time and resources.

“How do we deploy, how will we staff, how do we use overtime?” he said. “How are we using the resources that we have right now, to successfully tackle our problem?”

KPD has two vacancies in the highest level of the department after two of the three deputy chiefs retired early amid internal investigations.

Noel has secured a change to policy to make filling those positions easier.

Last week, at Noel's request, the city's Civil Service Merit Board approved a change that allows the chief to hire and fire deputy chiefs "at will" and to choose officers from outside the department to fill those top command spots.

Noel said he wants to give KPD commanders every opportunity to fill those positions.

The change gives Noel a powerful path to increase command diversity and guide the department's leadership with a firm hand.

Noel said Monday he won’t rush the hires and plans to meet with every captain and Deputy Chief Cindy Gass this week. He’ll do the same with KPD’s lieutenants in the coming weeks. 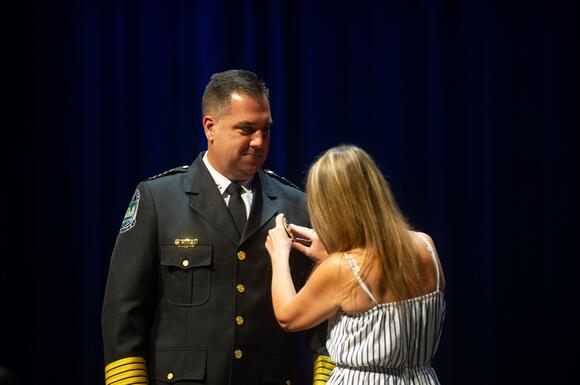 In the past three years, there have been nine resignations or retirements amid scandal at KPD, plus another individual who retired due to retaliation for blowing the whistle.

Departmental culture will have to be reshaped, Noel said, starting with accountability. KPD will submit an application to join ABLE, the Active Bystandership for Law Enforcement program

It's an offshoot of New Orleans' Ethical Policing Is Courageous program that made Noel a national figure.

The Ethical Policing Is Courageous program teaches trainees how to speak with and stop colleagues or supervisors who are on the verge of violating agency policies or laws, according to NOLA.com . The program was part of federally mandated reforms by the department and Noel received a national award for implementing it.

Separately, Noel requested and council approved to use donation funding to hire an outside company to conduct a survey on the cultural climate within the police department . The assessment is expected to give Noel an unvarnished look at operations and employee morale.

Fix a culture of racism

Noel will need to tackle what some Black officers say is endemic racism within the department. Knox News detailed their concerns in a 2021 investigative report, which showed how commanders helped cover up a fellow officer’s racist comments and harassment. The reporting was based on an internal affairs report and interviews with six current and former officers.

Knoxville Police Department: A cop told bosses a fellow cop was racist. They did nothing.

It has almost been a year since Jackson filed his complaint, with no response from KPD or the city law department. 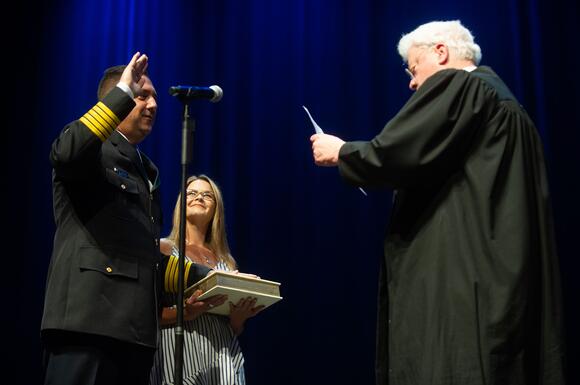 “So that's why the culture change, I think, is so important to the first piece of the foundation is creating that environment where a person of color, where a female officer, is going to feel really comfortable working.”

Tyler Whetstone is an investigative reporter focused on accountability journalism
Connect with Tyler: Twitter | Email
Make our community, our society and our republic stronger by supporting robust local journalism. Subscribe online at knoxnews.com/subscribe.