J Dilla and the brilliant art of 'listening' 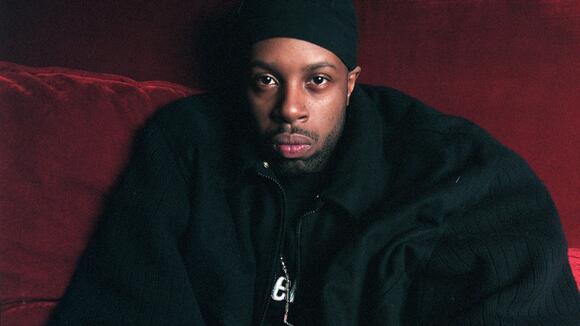 On the latest episode of Broken Record , Rick Rubin chats with his longtime friend Dan Charnas . Charnas is a Hip Hop journalist, professor, former A&R, and author of Dilla Time: The Life and Afterlife of J Dilla .

Charnas's new book is the product of four years of exhaustive research and nearly 200 interviews. The roots of his book go all the way back to a trip to Detroit with rapper Chino XL to work with the producer then known as Jay Dee. “He loved everything; he was a master listener,” says Charnas , referring to J Dilla. “ He listened to electronic music, and he listened to funk… he had a record library like no other. That is one sensory memory that I had of the basement is walking through his record collection.”

Listen to the full episode now on Audacy.

The actress/model did her best to set off the return of jeggings by sporting a full bodied catsuit in an eye-grabbing pink acid wash with minimal accessories.
BEAUTY & FASHION・7 HOURS AGO
Audacy

Audacy’s Rob + Holly are bringing the biggest Country songs to our airwaves each weeknight, and they’re letting you pick the playlist on all your favorite Audacy Country stations nationwide.
MUSIC・1 DAY AGO
Variety

A short film created as part of a project to showcase Sony technology’s capabilities is already changing how the company makes content. Noir-inspired “Killian’s Game” was the first project to come out of the Sony Content Technology Strategy Committee, a group of around 100 people “and growing,’ according to Daniel De La Rosa, VP of Post Production at Sony Picture Entertainment. Behind-the-scenes up-and-coming Hollywood creators worked on the projects and the nine-minutes packs in new filmmaking techniques developed by combining creators’ ideas with Sony Group’s multifaceted technologies. “There have always been requests from the R&D teams to visit sets because it helps them...
MOVIES・12 MINUTES AGO
Parade

Kanye West has been causing quite a stir in the fashion world recently, and Gigi Hadid has had enough. The model recently commented on one of his Instagram posts, calling him a "bully." The whole controversy started with the debut of West's Yeezy Season 9 collection on Oct. 3 at...
BEAUTY & FASHION・12 MINUTES AGO

Get ready for tonight’s airing of the 2022 BET Hip Hop Awards with Audacy – and follow along with our all-new stations curated for die-hard fans and listeners looking for their next musical obsession.
MUSIC・6 HOURS AGO
Audacy

The day has come! On a brand new episode of Not Skinny But Not Fat, Amanda Hirsch’s #1 podcast guest Kourtney Kardashian Barker sat down for an exclusive interview to talk all things Travis, therapy, blending families, motherhood, and more. LISTEN NOW: LIVING LIFE WITH KOURTNEY KARDASHIAN BARKER. These...
FAMILY RELATIONSHIPS・7 HOURS AGO
Audacy

Rock & Roll Hall of Famer Bonnie Raitt joined NPR’s ‘Bullseye’ podcast with Jesse Thorn to talk every thing from her early days as an artist to some of her memories with cherished friends and fellow artists.
MUSIC・7 HOURS AGO
Audacy

Join hosts Rob + Holly as they kick the weekend off with today’s hottest Country artists every Friday from 7PM - Midnight with Audacy’s Friday Night Takeover. Joining them this week is Breland
NASHVILLE, TN・4 HOURS AGO

Pearl Jam gets a critical look back in new 'Long Road' book: Listen as the author explains

Formed in 1990 in the ashes of Seattle’s beloved grunge pioneers Mother Love Bone, Pearl Jam, over their 3-decade career, has pushed ever-forward to become one of the biggest bands in American, and dare we say world history.
SEATTLE, WA・4 HOURS AGO
Audacy

Slipknot has reached 'The End, So Far': Listen to their new album now

Slipknot’s 2022 album, aptly titled ‘The End, So Far,’ has officially hit shelves and streaming services today, with more special editions than you could ever wish for.
MUSIC・4 DAYS AGO
Audacy

Steve Lacy lands at number 1: Look back on our talk with the 'Bad Habit' singer

After weeks at the No. 2 spot on the Hot 100 chart, (four to be exact), Steve Lacey’s “Bad Habit” has officially secured the No. 1 spot. Check out what he had to say, when talking to Audacy about the track.
MUSIC・9 HOURS AGO

Now that September has ended, you already know what time of year it is. Well yes, it’s spooky season, but that’s not what we meant. It’s that time of year, when everyone makes sure Billie Joe Armstrong is awake. Because… well, you know the lyrics.
MUSIC・1 DAY AGO
Audacy

Yeah Yeah Yeahs are back with their first album in 9 years: Listen now

Ringo Starr and the international incidents you never knew

While his star may shine brightly being known for his role as the drummer for legendary Rock group, The Beatles, things have not always been bright for Ringo Starr
CELEBRITIES・4 HOURS AGO
Audacy

Tate McRae is joining us at Audacy's 'We Can Survive' 2022

With ‘We Can Survive’ 2022 less than 20 days away, we are excited to announce one more artist addition — Tate McRae! McRae joins the already star-studded lineup, including Alanis Morrisette, Halsey, Weezer, OneRepublic, and Garbage.
LOS ANGELES, CA・1 DAY AGO
Audacy

Join Audacy as we celebrate the holidays with shows across the country featuring some of your favorite artists! From OneRepublic and The Band Camino to Andy Grammer, Matt Nathanson, John Mayer and more, you won’t want to miss the holiday fun!
MUSIC・1 DAY AGO
Audacy

Watch Ashlee Simpson return to the stage with Demi Lovato

’Blue’s Clues’ is getting the feature-length treatment at Paramount+ and will see the return of fan-favorite and original show host Steve Burns on Nov. 18.
MOVIES・6 HOURS AGO
Audacy

The ‘Pam & Tommy’ star looked to a few of Anderson’s iconic ‘90s looks for inspiration as she stepped out at a London gala earlier this week.
CELEBRITIES・4 DAYS AGO