Lawson currently represents Congressional District 5, a minority-access district that stretches across seven North Florida counties from Quincy to Jacksonville, and is the only North Florida Democrat in the state's 27-member congressional delegation.

District 5 was drawn by the Florida Supreme Court in 2014. It joins Tallahassee and Jacksonville’s urban cores with five rural counties that were a “slave belt” in antebellum Florida.

District 2 runs from the Alabama border to Ocala and takes in logging, farming, and fishing communities that overwhelmingly vote Republican.

Lawson and Dunn have both held their seats since 2016 and the two districts meet in Tallahassee near an intersection of the Florida State and Florida A&M university campuses.

Painting the town red: How Ron DeSantis is trying to turn Tallahassee Republican

Lawson on his district: Al Lawson responds after DeSantis upends district: 'My plan right now is to be on the ballot'

More: Democrats stand with Al Lawson in feud with DeSantis over 'wickedness' in redistricting

But DeSantis viewed Lawson’s seat as an illegally gerrymandered district, and in an unprecedented move, submitted his own congressional district map to the Legislature when they redrew all of the state’s political boundaries this year.

The DeSantis map wipes out Lawson’s and another minority access district and could increase the number of GOP leaning seats from 16 to 18.

“I don’t take what he did personally, but I’m not going to let him do that,” Lawson said about the DeSantis map.

“His goal is to eliminate African American representation, I guess, to show his constituents that if he didn’t run for president he did all he could to try to help (Rep.) Kevin McCarthy become the Speaker of the House,” said Lawson.

Last week the Florida Supreme Court allowed the DeSantis map to be used for this year's election.

It is likely to be the subject of future court hearings, but at this point, it is the map for the qualifying period set for June 13-17.

The new District 2 takes in all of Tallahassee, which Lawson has represented for 34 years in the Legislature and Congress, into a district that gave former President Donald Trump 54% of the vote and DeSantis 53% in the last two elections. 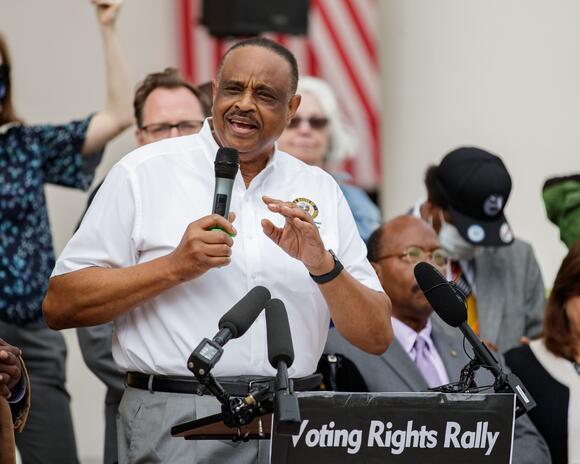 After a House meeting Thursday, Lawson told Dunn of his decision and that the two would be running against each other.

Dunn said he looks forward to a campaign that will highlight the differences between the Republican and Democratic parties.

"We have dramatically different policy views on how to solve America’s problems," said Dunn. "I look forward to the coming months where we will have an opportunity to talk about those policies, and I am confident the voters in this district are far more aligned with my views than Al Lawson’s.”

And to demonstrate his ability to compete for cross-over voters, he points out he was Neal Dunn’s state senator for 10 years.

Those handicapping House races nationwide view the seat as a “solid” or “safe” Republican seat, meaning that Lawson faces a challenging campaign to defeat Dunn.

Analysts with FiveThirtyEight reported this week that the district is one of 18 statewide that are “leaning Republican.” 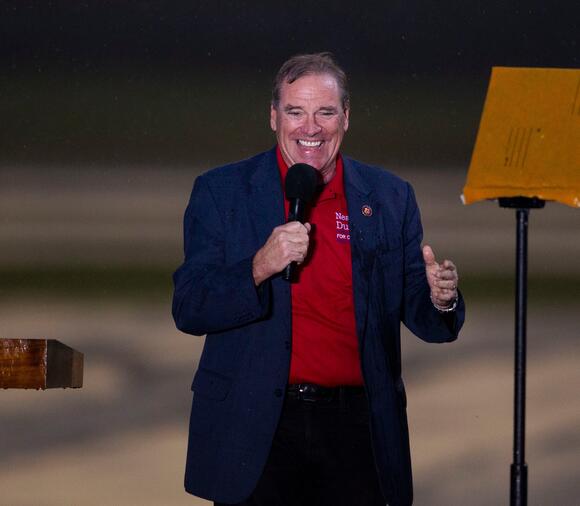 Lawson, who was the first African American elected to the Florida Legislature from a North Florida district, said he enjoys competitive campaigns.

Lawson intends to file paperwork to be a District 2 candidate with the Secretary of State office Monday, the first day of qualifying.

James Call is a member of the USA TODAY NETWORK-Florida Capital Bureau. He can be reached at jcall@tallahassee.com. Follow on him Twitter: @CallTallahassee

Never miss a story:  Subscribe to the Tallahassee Democrat using the link at the top of the page.

This article originally appeared on Tallahassee Democrat: Al Lawson and Neal Dunn will face off in November to represent Tallahassee in Congress