By Jennifer Taylor
GOBankingRates
14 hours ago

You're planning to retire and have your sights set on a warm climate. Specifically, you want to settle down in the South, but you need to find new hometown that's affordable on a fixed income.

See: Here's How Much Americans Have in Their Savings Accounts in 2023
Also: With a Recession Looming, Make These 3 Retirement Moves To Stay On Track
More: Why Buying Property in These Vacation Destinations Could Be a Great Investment

In addition to affordability, it's also important choose a Southern town with a sizable 65 and older population. The U.S. average is 16%, so remember this, as it will be important to your social life. Ready to explore GOBankingRates' findings? Here are the five best Southern cities to retire on with a budget of $1,500 per month. 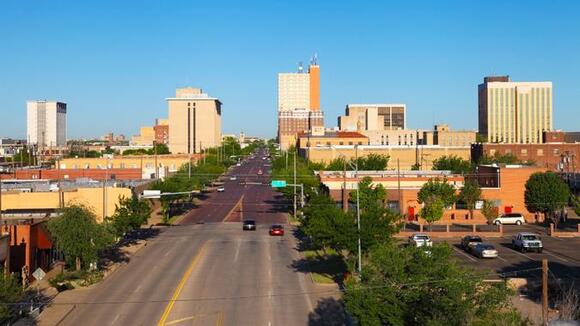 Take Our Poll: How Do You Think the Economy Will Perform in 2023? 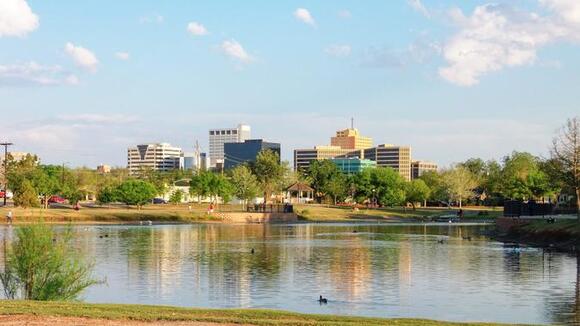 Monthly groceries are the most expensive of all cities on this list, averaging $400.30 in Midland -- just under the national average of $411.83 per month. Rent is also the second highest, averaging $716 per month for a one-bedroom apartment. However, healthcare costs fall right in the middle at an average of $436.59 per month. 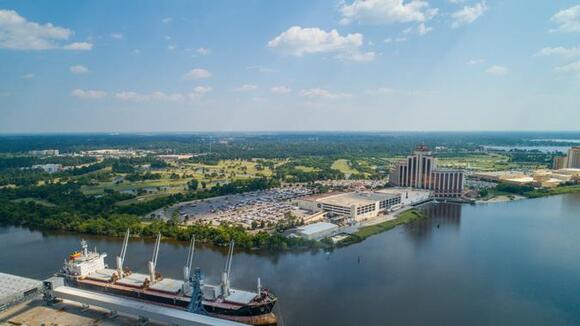 Monthly healthcare costs in Lake Charles are the second lowest on the list, averaging $419.77. The city falls right in the middle for both the average rent on a one-bedroom apartment -- $608 per month -- and groceries -- averaging $382.59 per month. 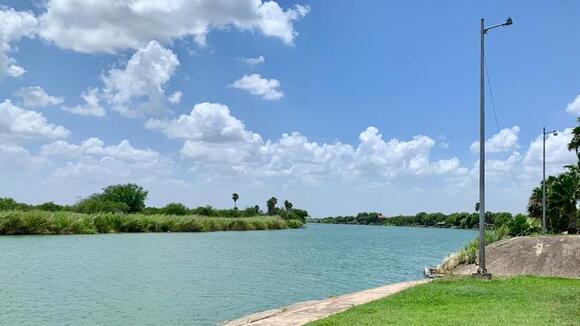 Living in McAllen will allow you to enjoy both the lowest monthly grocery cost -- averaging $379.30 -- and healthcare expenses -- averaging $391.29 per month -- on the list. Rent is also the second lowest of all five cities, averaging $592.75 per month for a one-bedroom apartment. 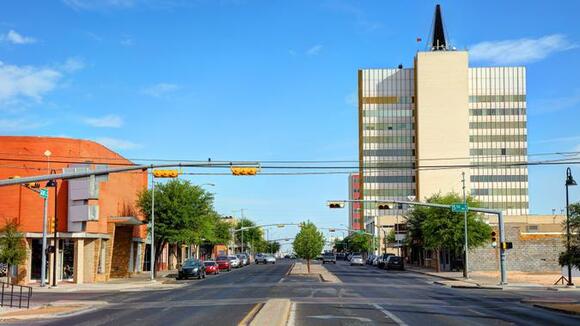 Odessa is the best Southern city to retire with a monthly budget of $1,500, with rent on a one-bedroom apartment being the most affordable on the list, at an average of $510.50 per month. Both the average monthly grocery cost -- $385.89 -- and average monthly healthcare cost -- $440.48 -- are the second highest of all five cities, but it still comes out on top.

Methodology: To find the best Southern cities in the U.S. to retire on a monthly budget of $1,500 dollars or less, GOBankingRates first used Zillow's 2022 rent data to find Southern cities that have an (1) average monthly rent of $750 dollars or less. GOBankingRates then used Sperling's Best to find the cost of living index for each listed city, looking at (2) grocery and (3) healthcare index scores. Next, GOBankingRates used data from the Bureau of Labor Statistics 2020 Consumer Expenditure Survey to find the annual expenditure amount for both grocery ("food at home") and healthcare costs for people aged 65 and older, to find how much a person 65 and over would spend on groceries and healthcare in each city on a monthly basis. GOBankingRates then added monthly housing, grocery and healthcare costs together to find where in the South a person 65 and older could survive on $1,500 or less. For a city to qualify for the study, its population had to be 10% or more over the age of 65, according to the Census Bureau's 2020 American Community Survey. All data was collected on and up to date as of June 1, 2022.

This article originally appeared on GOBankingRates.com : 5 Best Southern Cities To Retire on a Budget of $1,500 a Month

Texas is beautiful and a great place to live. Please no liberals though..,..you guys stay in CA. please don't come here and ruin our beautiful state.

You've got a better chance surviving with Christians than you do with atheists, heathens and agnostics. The blue states bare this out.

This is hilarious! Couldn't be further from the truth. Midland/Odessa are oil field towns and the cost of living at those two places is outrageous!! A nice one bedroom apt in Midland goes for around $1,400 minimum. Everything is more expensive over there. Lubbock is about 1.5 hours from Midland and the difference in cost of living is huge between the two. Neither Midland nor Odessa should be on this list.....

Forget Hurricanes and Tornados: This is Texas’ Biggest Fear

Texans can handle quite a bit. We tough out hurricanes, squash deadly critters, and even chase tornados. However, the moment a winter storm sneaks its way in, all bets are off. When it comes to other forms of weather, we are built to handle them. But winter weather is a...
TEXAS STATE・1 DAY AGO
ABC Big 2 News

MIDLAND, Texas (KMID/KPEJ)- The City of Midland has announced that all offices will be closed, and services will be suspended amid a winter storm that moved into the Basin earlier this week.  The closure includes City Hall, Animal Services, Health Services, MLK Community Center, customer service, Municipal Court, garbage pickup and the landfill.
MIDLAND, TX・1 DAY AGO
cbs7.com

ODESSA, Texas (KOSA) - OPD would like to warn residents and businesses about the recent circulation of counterfeit money in Odessa. The Criminal Investigation Division is currently on several cases involving counterfeit $50 bills. The man shown in the surveillance photos recently passed counterfeit $50 bills at three different businesses along Andrews Highway.
ODESSA, TX・15 HOURS AGO
koxe.com

Beatrice Irene Matchus, age 96, formerly of Midland, passed away peacefully Friday, January 20, 2023, in San Angelo, Texas with family by her side. Bea, as she was known to family and friends, was born February 26, 1926, in Niles, Michigan to Edward Howard Klute and Edith Irene (Sittig) Klute. She grew up in Niles and graduated from Niles High School.
MIDLAND, TX・2 DAYS AGO
Michele Freeman

On January 31, 1990, a human skull was recovered in Crane County, Texas. Law enforcement believes the skull belongs to an Hispanic woman between the ages of sixteen and twenty-one. They also estimated the woman died at least ten years before her skull was recovered.
CRANE COUNTY, TX・14 HOURS AGO
ABC Big 2 News

PERMIAN BASIN (KMID/KPEJ)- With winter storm warnings issued across parts of Texas, some school districts and business in the Basin are preparing for closures and delays as weather officials said freezing rain is expected until at least Wednesday. We will update this list as information becomes available, or you can view closings here. Please keep […]
MIDLAND, TX・2 DAYS AGO
marfapublicradio.org

Weather forecasters are warning West Texans to avoid travel in the region through at least Thursday morning, as highways and interstates from the Permian Basin to parts of the Big Bend have been blanketed with ice this week. The National Weather Service has issued winter weather warnings covering most of...
BREWSTER COUNTY, TX・13 HOURS AGO
Mix 97.9 FM

The weather is not favorable this morning at all and it's only doing to get worse. The roads are very slick and accidents are happening, so be very careful. Here are is a list of closures and delays. Grady ISD- classes canceled. Seminole ISD- 10:00 a.m. start. Greenwood ISD- classes...
MIDLAND, TX・2 DAYS AGO
ABC Big 2 News

PERMIAN BASIN (KMID/KPEJ)- Multiple school districts across the Basin have opted to close Tuesday after evaluating road conditions.  Midland ISD, Andrews ISD, Greenwood ISD, and Midland College will be closed January 31, 2023.  Districts will continue to monitor road conditions throughout the day and decisions regarding closures or delays for Wednesday will be made at […]
MIDLAND, TX・1 DAY AGO
ABC Big 2 News

ODESSA, Texas (KMID/KPEJ)- The Odessa Police Department is asking for help from the community to identify two suspects accused of breaking into a business.  Aroun 4:15 a.m. on January 31, OPD officers responded to Mango Tango, located at 1219 W 10th Street to investigate a break in. Investigators said that two men forced their way into […]
ODESSA, TX・11 HOURS AGO
NewsWest 9

MIDLAND, Texas — Last week, the Midland City Council made the decision to move on from the Quality of Place Conservancy in the Hogan Park project. Midland Mayor Lori Blong held a press conference Monday afternoon at Midland City Hall to address it once more in order to accept the reality of the situation and move forward.
MIDLAND, TX・2 DAYS AGO
NewsWest 9

ODESSA, Texas — The Odessa Police Department is currently investigating four separate 18-wheeler crashes on IH-20 with all being between West Loop 338 and West County Road. If you have to travel today, OPD says to use extreme caution if you must travel on Interstate 20, Highway 80, and Highway 191. They suggest that you need to reduce your speed and maintain a safe distance to the vehicle in front that will allow enough time to stop your vehicle.
ODESSA, TX・1 DAY AGO
ABC Big 2 News

MIDLAND, Texas (KMID/KPEJ)- Midland ISD leaders also issued a statement Monday afternoon in response to early morning confusion regarding school closures.  “In preparation for the possibility of school closures due to inclement weather, Midland ISD evaluates road conditions early in the morning and consults with the National Weather Service. At the time of this morning’s […]
MIDLAND, TX・2 DAYS AGO
National Weather Force

Ice Storm To Impact Texas, Including the I-20 Corridor from Dallas to Midland Monday night through Wednesday

National Weather Force has issued an Ice Storm Advisory effective Monday night through Thursday morning for parts of Texas, which does include the Dallas-Fort Forth forecast zones as a storm system from the Southwestern United States will be expected to come up from the south, using the freezing air in place at the current time, dropping ice concerns which will impact travel.
DALLAS, TX・3 DAYS AGO
cbs7.com

DPS update on crashes in Midland

ODESSA, Texas (KMID/KPEJ)- The Odessa Police Department is currently investigating several major crashes, including three on Highway 191, an eight-vehicle pileup at Billy Hext, a five-vehicle crash at Faudree, and rollover at East Loop 338. Please avoid traveling on Highway 191 and use alternative routes until further advised. OPD said that roads are expected to […]
ODESSA, TX・5 HOURS AGO
ABC Big 2 News

PERMIAN BASIN (KMID/KPEJ)- The Texas Department of Public Safety’s Midland District responded to 42 crashes from midnight to noon on January 31 amid icy weather throughout the Permian Basin.  Crews are still working to clear a multi-vehicle crash at the IH-10 / IH-20 split near mile marker 185 in Jeff Davis County. A DPS spokesman […]
JEFF DAVIS COUNTY, TX・1 DAY AGO
NewsWest 9

MIDLAND, Texas — The Midland police have released updated information on an unidentified, non-verbal teen who was found in town on Sunday. On that day around 2:10 p.m., officers responded to a check person request in the intersection of Ward Street and Shandon Avenue. Upon arrival, they found a...
MIDLAND, TX・1 DAY AGO
ABC Big 2 News

ODESSA, Texas (KMID/KPEJ)- The Odessa Police Department is asking for help from the community to identify two suspects accused of theft.  According to a news release, around 11 a.m. om January 27, OPD officers responded to the Lowe’s Market at 4600 N Grant to investigate a theft. Officers said two men were caught on camera […]
ODESSA, TX・2 DAYS AGO
ABC Big 2 News

ECTOR COUNTY, Texas (KMID/KPEJ)- Ector County ISD issued a statement Monday afternoon in response to a late morning decision to cancel classes amid a winter weather advisory: “This morning, ECISD leaders worked through the school district’s hazardous weather procedures and began the day with the intention of having school start on time.  Any time hazardous […]
ECTOR COUNTY, TX・2 DAYS AGO