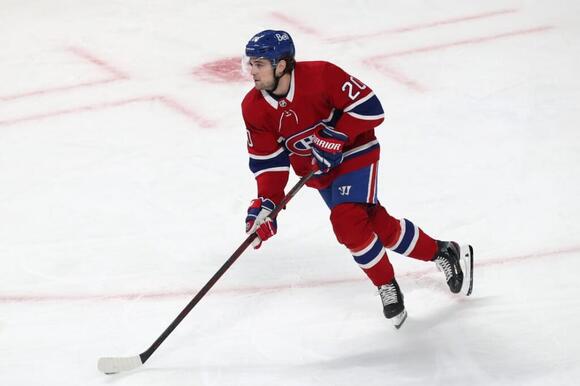 The Montreal Canadiens agreed to a two-year contract extension with defenseman Chris Wideman that runs through the 2023-24 season.

The team announced the deal but not the financial terms on Monday.

The Senators selected Wideman in the fourth round (100th overall) in the 2009 NHL Draft.

The Washington Capitals enter the 2022-’23 season with plenty of uncertainty regarding how this team will fare in the months
WASHINGTON, DC・6 HOURS AGO
Sportsnaut

Anaheim Ducks defenseman Urho Vaakanainen was removed from the ice on a stretcher in the first period of a preseason
ANAHEIM, CA・9 HOURS AGO

Future Hall of Fame slugger Albert Pujols has had a magnificent career spanning 22 MLB seasons. The slugger has won
MLB・22 HOURS AGO
Sportsnaut

The Ottawa Redblacks fired head coach Paul LaPolice on Saturday after a 3-11 start to the 2022 CFL season. Special
SPORTS・6 HOURS AGO
Sportsnaut

A minor league player who thought his season was over will get his first major league start for the Detroit
DETROIT, MI・14 HOURS AGO
Sportsnaut

Boston Red Sox second baseman Trevor Story is expected to miss the rest of the season due to an illness.
BOSTON, MA・2 DAYS AGO