Graham Neff has been an athletics director for barely five months. He won't have a more obvious or more personally heartbreaking decision the rest of his career.

It had to be done. They both knew it. They might be friends forever, but they won't be neighbors for long.

Clemson baseball coach Monte Lee was let go Tuesday, an official release coming from the university in the afternoon, a day after the Tigers were left out of the 64-team NCAA tournament field. Monday was Memorial Day, so there's a good chance they had a tearful conversation in one of their backyards, surrounded by the sounds of playing children and the smells of smoking barbecues.

"Graham is a baseball guy," Lee said from the Tigers' dugout on the eve of the Feb. 18 season opener. "Graham loves baseball." 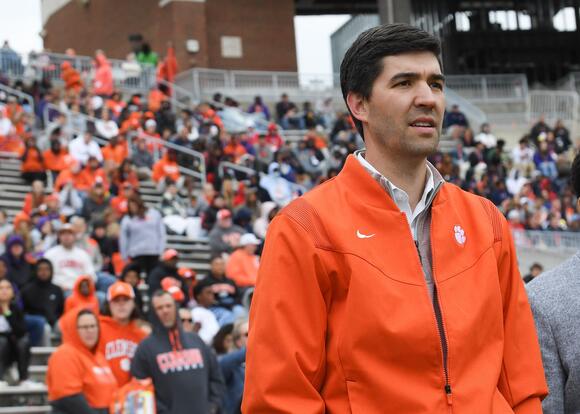 Being such a baseball fan, and such a friend, Neff had to be praying to the baseball gods for a late rally. Clemson, coming off a rare losing season, barely made the 12-team tournament in the 14-team ACC. Still, there seemed a chance for the Tigers to be chosen for the NCAAs with a strong run last week in Charlotte. Instead, they lost two straight in the double-elimination event and were outscored by 20 runs.

It was probably during a seven-run third inning Thursday by Virginia Tech, making the score 10-2, that Neff realized that the game – and all hope – was lost.

Lee called last season "absolute hell." He said he had trouble sleeping at night. Clemson lost more games than it won for the first time since 1957. Lee's predecessor, Jack Leggett, apparently fired for failing to get out of the Regionals five straight years after a College World Series appearance in 2010, never had a losing season. 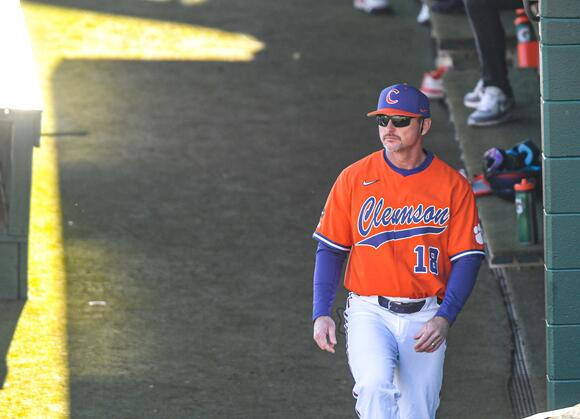 The Tigers won their first 14 this season, their best start in 20 years. They swept a three-game rivalry series against South Carolina, after which Lee's own words of joy almost seemed to have a gloomy undertone, as if it was possible the highlight of the year had just happened.

"Special weekend for our program and for our players," Lee said. "To find a way to sweep the Gamecocks is something that I'll never forget."

For Neff, a relative youngster in athletics administration, not yet 40 years old, this was a grown-up moment, the first time he had to swing a heavy axe. It seemed on the verge of happening even earlier, during basketball season, when coach Brad Brownell was feeling heat from fans and, more importantly, big donors. But the difference was that the basketball team rallied. The Tigers won four straight to end the regular season, three without their best player, P.J. Hall, and one against eventual tournament champion Virginia Tech. In the ACC tournament, Clemson beat N.C. State and took Virginia Tech to overtime.

Something similar would have saved Lee.

Instead, he will have to continue his promising career somewhere else. Lee, 45, is a smart coach. He’s a good coach. He’s a caring coach. Those sleepless nights weren’t spent coming up with excuses. He also knows he didn’t get the job done and that his friend had to do his.

They live in a nice neighborhood.

But it’s a tough one.

This article originally appeared on Greenville News: Clemson's new athletics director had no choice but to fire friend Monte Lee