Get the latest breaking news, sports, entertainment and obituaries in Kent, OH from Kent Ravenna Record-Courier. 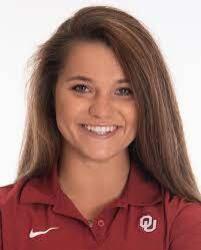 Now, the two will make the trip to Eugene together for the NCAA Track & Field Championships. 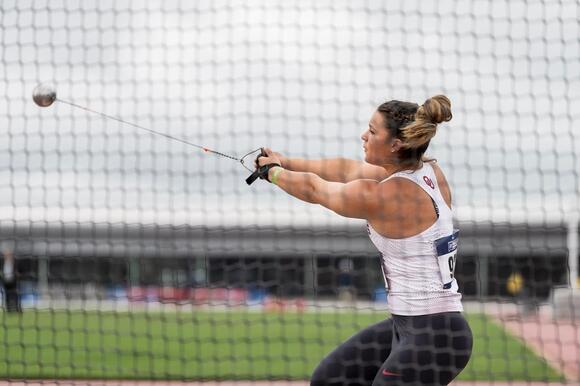 Needing a top-12 finish to qualify for the national meet, Jones took sixth in the West Regional hammer Thursday with a mark of 66.86 meters (219-4 feet).

Now running for Baldwin Wallace University, Murphy qualified with a time of 4:26.27 in the 1500, then turned in a 4:31.55 in Thursday's preliminary run to qualify for Saturday's finals.

Her third-place finish means Murphy is an All-American for the first time.

The Portage County softball season officially came to an end with Field's 12-4 loss to Hoban in a Division II Macedonia Regional semifinal , but the score was misleading. The two teams played a back-and-forth contest until the Knights erupted for five runs in the top of the seventh. The Falcons certainly demonstrated they could go head-to-head with one of the hottest lineups in the area after they similarly impressed in comeback district victories over Hubbard ( rallying from a pair of three-run deficits ) and Marlington.

While the Falcons will graduate essentially their entire outfield, they return a ton of talent, from their three freshmen pitchers to leading slugger Megan Schmidt (who slugged 10 homers) to a treasure trove of other freshmen and sophomores.

Indeed, all three Portage County softball teams that advanced to the district stage in 2022 are set to contend for years on end.

Rootstown, which finished as the Division III Leavittsburg District runner-up, has a lineup made up largely of sophomores, including ace Shelbie Krieger and centerfielder Abby White. Mogadore, which lost a heartbreaker to Loudonville in a Division IV Akron District semifinal, similarly has a roster full of sophomores, including its own 10th-grade ace in Katie Gardner and sharp-hitting sophomore catcher Olivia Kidd.

Meanwhile, while Aurora graduates ace Mackenzie Krafcik, sophomore McKennah Metzger is a more than capable hurler and slugger while freshman Sophie Retton actually led the team with a .522 average, 12 doubles and 31 RBIs.

Still, Thursday featured another relevant contest as fellow Portage Trail Conference members Lake Center Christian and Warren John F. Kennedy met in the Division IV Struthers District championship game. The two squads, which split their regular-season series, staged another superb game with the Eagles walking it off in the bottom of the seventh on a game-winning hit by Michael Mauro.

The game ensured JFK is the last PTC team standing in the postseason but also emphasized the strength of the league. Consider that four of six PTC baseball teams won sectional titles with three advancing to district championship games and the fourth, the Wildcats, falling by a single run to top-seeded Hillsdale (which went on to capture a district championship).

The tournament is played every year in honor of Simons, a Rootstown cheerleader who tragically died in a 2015 car crash when she was just 17 years old.

Get the latest breaking news, sports, entertainment and obituaries in Kent, OH from Kent Ravenna Record-Courier.