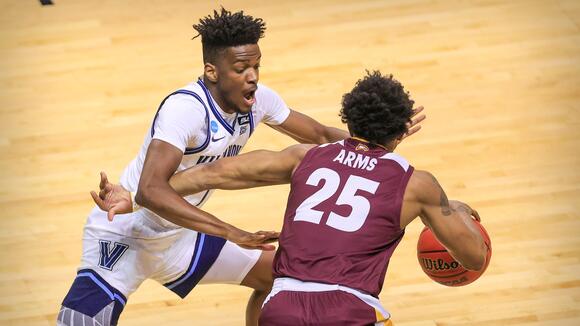 There was some serious thought that Antoine would return to that scene to finish his college career at Monmouth University.

Antoine, a former 5-star recruit and McDonald’s All-American, is headed to Radford for his fourth year, his AAU coach Brian Klatsky announced Thursday.

The Matawan native is transferring from Villanova, where he struggled through three injury-plagued seasons. The 6-5 guard will seek to hit the reset button on his career at the Virginia college, which is a member of the Big South Conference.

With two years of eligibility remaining, Antoine, who had shoulder surgery and a knee injury as part of a series of physical setbacks, played 46 games over three seasons for the Wildcats, with no starts. He averaged 1.5 points-per-game, averaging 8.8 minutes. The 20 games he played last season was a career high.

There will be questions about why a former five-star recruit didn't move to another high-major or prominent mid-major program.

For Antoine, this is an opportunity to step into a feature role, where the game plan will revolve around his talents. He's making the most of the time he has left.