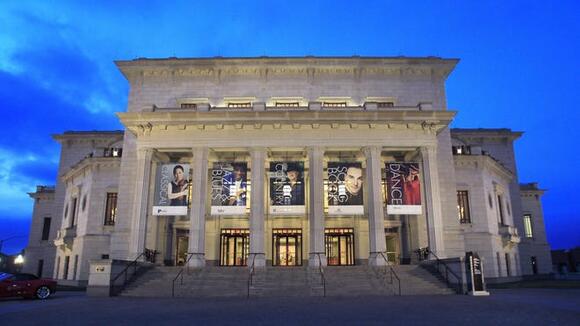 The Center for the Performing Arts has unveiled the initial slate for its 2022-23 season, anticipated to be the Carmel theaters' largest yet and featuring a wide variety of genres, new and familiar faces and a debut set of National Geographic scientific talks.

“Nothing can replace the experience of gathering together for live arts and entertainment, and this lineup should give everyone a reason to come and join us at the Center," President and CEO Jeffrey C. McDermott said.

In all, more than 50 performances were announced Monday evening at a donor and sponsor event at the Tarkington theater in the Center. McDermott noted a typical season announcement is normally about 30 to 35 shows. He expects the Center will eventually book more than 70 acts, a record for the nonprofit in its 12th season.

The season, sponsored by Allied Solutions, begins in September.

Subscriptions are available by series and for sale online at thecenterpresents.org, by phone at 317-843-3800 or at the Palladium’s Fifth Third Bank Box Office, 1 Carter Green in Carmel. A series subscription also includes presale access to other Center shows during the season.

Hoosier Village and The Barrington of Carmel Songbook Series

Looking for things to do? Our newsletter has the best concerts, art, shows and more — and the stories behind them