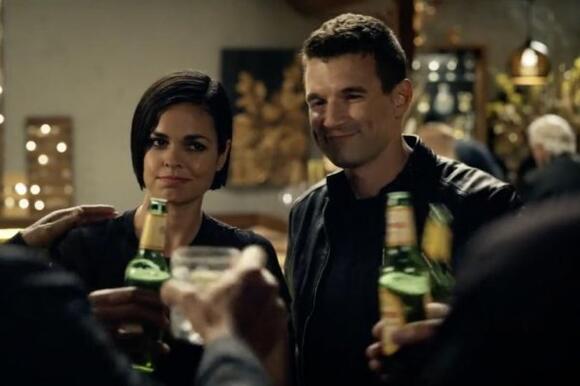 Lina Esco, who played Christina "Chris" Alonso for five seasons, has exited the CBS action drama ahead of Season 6.

In the show, Chris (Esco) left S.W.A.T. to take over for Mama Pina at a local safe house for immigrant women.

Esco confirmed her departure Sunday, the same day as the Season 5 finale.

"bringing to life a strong, smart bi-sexual character like chris alonso has been both a pleasure and a powerful opportunity to increase visibility for diverse women everywhere. five years later - i am leaving SWAT to pursue new creative endeavors," the actress wrote on Instagram.

Esco is "excited" to embark on a new chapter but said leaving S.W.A.T. was "one of the most difficult decisions" she's had to make.

"i'm forever grateful to my SWAT family - my fellow cast, the crew, the writers, and the producers, - for an incredible journey," she wrote. "to the amazing SWAT fans, you are the heart of the show. i can't thank you enough for your support and for walking beside me through all of chris' journey!"

S.W.A.T. showrunners Shawn Ryan and Andy Dettmann celebrated Esco and her "important, iconic" character in a statement on Twitter.

"Lina rewarded us this season with thrilling performances as well as a terrific job directing an episode. What Lina brought to the show and what Chris represented to our audience are hard to replace. We'll miss Chris, but we'll especially miss Lina, as we wish her the best of luck with everything she chooses to do next," the pair said.

"1923," a Western drama starring Helen Mirren and Harrison Ford, will return for a second season on Paramount+.
21 HOURS AGO
UPI News

CBS has announced it is working on a "Matlock" remake starring Oscar-winning actress Kathy Bates.
2 DAYS AGO
UPI News

Reese Witherspoon and Ashton Kutcher attended the Los Angeles premiere of "Your Place or Mine," their romantic comedy for Netflix.
LOS ANGELES, CA・22 HOURS AGO
UPI News

Martin Lawrence and Will Smith have announced in a video they posted on social media that they are reuniting for a fourth "Bad Boys" action-comedy.
2 DAYS AGO
UPI News