In the week since a racist shooting in his city left 10 dead and three injured, Buffalo Mayor Byron Brown has been omnipresent.

At a church Sunday morning, then a blizzard of press conferences providing updates. Welcoming the governor, senators and President Joe Biden. Passing out food with the Buffalo Bills. Joining a healing circle with community leaders .

The city's first Black mayor, now in his fifth term, is a divisive figure in Buffalo, including in the east-side neighborhood that the shooter targeted for its deep racial segregation, where Brown himself lives.

Brown is a centrist Democrat who often touts his record on economic development. That includes some prominent projects along Jefferson Avenue, including a new bank branch in 2019 and a new housing development — but most of the impact has instead been downtown. 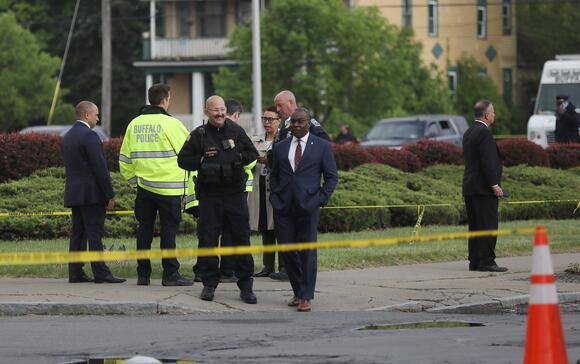 When asked this week about the city's divided nature, he claimed that is a thing of the past.

"We know the historical reputation of a segregated city," he said. "That is no longer the reality of what Buffalo is."

In fact, Buffalo remains one of the most racially segregated metropolitan areas in the country, with significant disparities in health, job access, education and criminal justice resulting.

"The ascent of Blacks to political office and other positions of power and influence have not reduced Black inequality, nor has it eased Black misery and suffering," Henry Louis Taylor Jr., director of the University of Buffalo Center for Urban Studies, wrote in an influential report in 2021, following a similar report from 1990. "Today, just as it was thirty-one years ago, Black Buffalo lives in underdeveloped neighborhoods and experiences oppressive and exploitative conditions every single day. Everything has changed, but everything has remained the same." 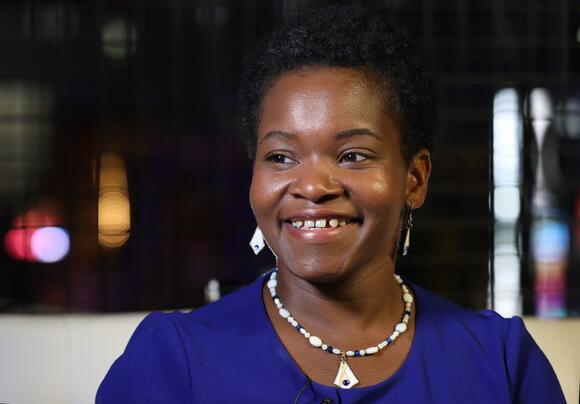 The race made national headlines , and the election hinged largely on whether Brown, while spearheading progress downtown, had also done enough to improve living conditions on the East Side, whether through police reform, lead poison abatement or economic development.

Brown ultimately won the election through a write-in campaign — yet in the precincts surrounding the Tops store on Jefferson Avenue, Walton beat him by six points.

"That campaign was about community needs and how much change we haven’t seen with the current administration," said Geovaira Hernandez, a Buffalo-based organizer for the Working Families Party, which backed Walton. "That’s still showing up."

In particular, she criticized the inclusion of $5.4 million funding increase for the Buffalo Police Department in the current city budget proposal.

Since the shooting, support for the city has poured in — emotional support, but also money and promises to build up the East Side more generally, something Brown declared a priority.

"The eyes of the world are watching us," Brown said Sunday. "Let's show them what Buffalo is made of, and out of this terrible tragedy, let's make it a triumph for every man, woman and child in this community."

More: A Buffalo pastor's dilemma: Healing a neighborhood split by grief and relief 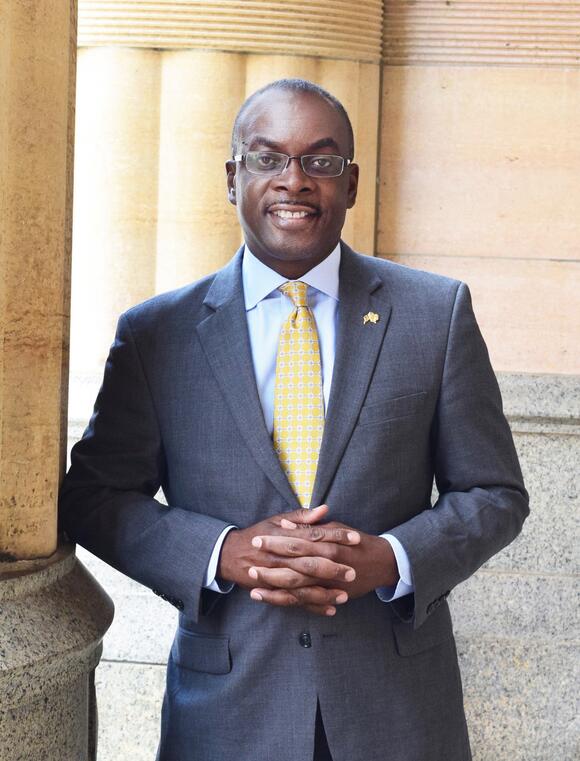 In particular, he endorsed calls from Biden and Gov. Kathy Hochul for greater gun control measures on the federal and state level . Such calls have become commonplace after tragedies like the one in Buffalo yet have not produced meaningful legislation because of near-unanimous Republican opposition.

"There are those in Washington who have put the needs and desires of gun manufacturers ahead of the lives of Americans, and that has to stop," Brown said Tuesday. "I won’t let anyone forget what happened to my friends, to my neighbors, to my community."

The Friday after the shooting, several East Side residents said they support Brown, and made clear their top priority for him.

"I just hope he does the right thing and gets the (gun) laws changed," Lois Green said as she waited for a ride at a food distribution outside Gigi's Soul Food. "We're the city of good neighbors — but with the violence, it's getting worse instead of getting better."

Green said she's voted for Brown in every election. So, too, did Charlene Bailey.

y'all voted for that fox to guard the henhouse, I've been on the same street since 2007, and it still looks like a third world country, but who did you let the "poor political refugees" from the third world countries buy up entire blocks on the east side, mainly the Broadway-Fillmore area?

Byron knows the whole world is watching this time. the fact that he beat the only one person to ever run up against him and he never even tried to work for votes until India Walton and she won because we want change and votes were rigged against her. 😡 still the poorest black community with so many donations always end up in the suburbs. the world is watching Byron