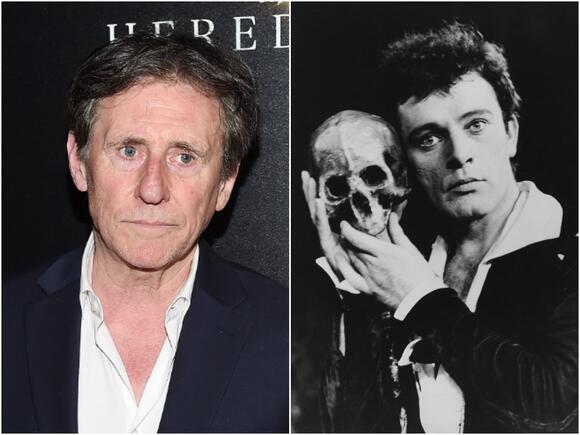 Gabriel Byrne has claimed that Richard Burton once told him he was “ashamed” to be an actor.

The Irish actor worked with Burton on the 1983 TV series Wagner , with the legendary stage and screen performer taking Byrne under his wing while filming in Venice.

In a new interview with The Telegraph , Byrne recalled sharing a drink with Burton after a day’s filming, when Burton told him that he was “rather ashamed to be an actor sometimes”.

“I’ve done the most appalling s*** for money,” Burton apparently said. “Give it all you’ve got but never forget it’s just a bloody movie, that’s all it is. We’re not curing cancer.”

“Those words stayed with me,” Byrne said.

In 2020, he released his memoir Walking With Ghosts, about his life growing up on the outskirts of Dublin.

It was announced on Wednesday (18 May) that he would be bringing a live show of the same name to the West End in September, having performed it in Dublin earlier this year.

Byrne told WhatsOnStage : “The West End for me has always meant more to me (moreso than Broadway, even though I’ve worked there three or four times).

“It’s where I had my first experiences of theatre outside of Dublin – so it had a faraway magical allure. I’ve seen some great plays there – so being there has been a great ambition of mine.”

Walking With Ghosts will play at the Apollo Theatre from 6 to 17 September before transferring to New York.

Since Elizabeth II passed away, which happened on September 8 this year at Balmoral, many fans of the royal family have been wondering: why did no one see the late monarch during the farewell ceremony? At least 200 thousand people came to say goodbye to the Queen, who had to stand in line for at least 16 hours, but they never saw Elizabeth’s face. Conspiracy theorists have already begun to build crazy theories about what could have caused this. However, when reporters of The Telegraph turned to specialists for clarification, the answer turned out to be very simple.
4 DAYS AGO
The Independent

Drag queen George Ward, best known by his stage name Cherry Valentine, has died at the age of 28.The performer, who appeared on the second series of RuPaul’s Drag Race UK, died on Sunday (18 September), his family announced.A statement from his family was released on Friday (23 September), reading: “It is with the most heart-wrenching and deepest sadness to inform you that our George – Cherry Valentine – has tragically passed away.“This will come as a profound shock to most people and we understand there is no easy way for this to be announced.“As his family, we are...
CELEBRITIES・2 DAYS AGO
The Independent

The Prince and Princess of Wales are meeting volunteers and operational staff to thank them for their work on the Queen’s committal service at Windsor Castle.William and Kate arrived at Windsor Guildhall on Thursday for their first royal engagement since the late monarch’s funeral.The pair will pass on their appreciation to volunteers and staff who worked on the service at St George’s Chapel on Monday afternoon.They will also thank the group for supporting the large crowds that gathered in Windsor to commemorate the Queen and watch the procession of her coffin up the Long Walk to the castle before...
U.K.・2 DAYS AGO
The Independent

King Charles has been pictured with his red box for the first time.The image, taken last week, shows the King carrying out official government duties in the Eighteenth Century Room at Buckingham Palace.Red boxes contain papers from government ministers in the UK and the realms, as well as Commonwealth representatives.Documents are sent from the private secretary’s office to the King, wherever he is around the world, in a locked, red despatch box.These include papers which require a signature, briefing documents and information about forthcoming meetings.In the picture, Charles is sitting at a desk. Papers, one tied with a ribbon, are...
U.K.・1 DAY AGO

Author Hilary Mantel has died “suddenly yet peacefully” aged 70, her publisher Harper Collins said on Friday 23 September. Fans and peers of the prolific British writer are paying tribute to her many critically adored works, including the Wolf Hall trilogy set during the Tudor period. As well as writing about historical royal figures, Mantel was also known for her observations about the current British royal family. Read The Independent’s tribute to Hilary Mantel.In September last year, she said that she did not believe that Prince George, the eldest son of the Prince and Princess of Wales, would ever...
BOOKS & LITERATURE・2 DAYS AGO
The Independent

Jayde Adams has shared a behind-the-scenes clip from a costume malfunction ahead of her first Strictly Come Dancing performance.Saturday (24 September) night’s first live show saw the stand-up comedian competing alongside her fellow contestants for the first time, performing a Samba to “Dirrty” by Christina Aguilera with partner Karen Hauer.The routine began with Adams in a cleaning cupboard, before walking forward and ripping off her boilersuit to reveal a black dress.However, in a clip shared to her Instagram on Sunday (25 September), the comedian’s original costume failed to tear away.Adams saw the funny side and doubled over with laughter,...
CELEBRITIES・1 HOUR AGO
The Independent

The Crown: First trailer for season 5 shows ‘all-out war’ between Charles and Diana

The first trailer for The Crown season five has been released, showing an “all-out war” between King Charles III and Princess Diana. Netflix’s historical drama will next head to the Nineties in its forthcoming new season, with Dominic West playing the monarch-to-be while Elizabeth Debicki takes over the role of the late Princess of Wales.
TV & VIDEOS・4 HOURS AGO
The Independent

The Crown will return to our screens this autumn as a new cast step into the shoes of Queen Elizabeth II and the royal family.Netflix’s historical drama has seen a resurgence in interest around the world following the death of the monarch earlier this month.During the streamer’s fan event Tudum on Saturday (24 September), Netflix announced that season five of The Crown would be arriving on Wednesday 9 November.Imelda Staunton will be taking over from Olivia Colman as the Queen, with Jonathan Pryce playing her late husband Prince Philip.Australian actor Elizabeth Debicki is playing Princess Diana, while Dominic West...
TV & VIDEOS・3 HOURS AGO