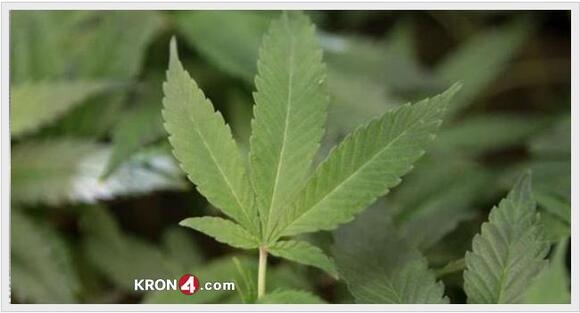 OAKLAND, Calif. (KRON) — Oakland City Council members announced a proposed ballot measure on Tuesday known as the Emerald New Deal, which if approved, would move nearly $7 million in annual cannabis tax revenue from the city’s general fund to a separate fund to pay services for victims of the war on drugs.

“Between 1995 and 2015 more than 12,000 residents were incarcerated due to cannabis drug offenses,” City Council Member Loren Taylor said. “77% of those were black men and women.”

Taylor, who Is one of the sponsors of the proposal, says the diverted funds would be used towards mental health services, housing support, and community and economic development.

“We need that restitution, those reparations putting our money where our preverbal mouth is to make sure we are ensuring opportunities for people living today and in the future,” John Jones III said.

If passed, the measure would create a nine person commission that would oversee and determine who qualifies for the services, which are aimed at helping people who were incarcerated or had family members in jail due to the war on drugs.

The plan would also reinvest some funds into the city’s cannabis equity program. However, James Anthony who’s an Oakland cannabis attorney and founder of the Oakland citizens for equity and prosperity, says the proposed measure is well meaning but misguided.

“Frankly it looks to me like the city council ducking its responsibilities and trying to shove them off onto the voters, Anthony said.

The proposal will go to the city council on May 24.

LIVERMORE, Calif. (KRON) — California Attorney General Rob Bonta on Tuesday filed an amicus brief in a lawsuit filed by the group Save Livermore Downtown against the city of Livermore, supporting the city’s request for dismissal, or expedited review, of an appeal challenging the city’s approval of Eden Housing’s 130-unit, downtown affordable housing project. The […]
2 DAYS AGO
KRON4 News

(BCN) –San Francisco City Attorney David Chiu announced Thursday that legal action is being taken against an “immigration consulting business” for allegedly charging immigrants for fraudulent legal services it was not allowed to provide. The motion to enforce an injunction was filed Monday and would prohibit Leonard Lacayo and Lacayo & Associates from providing immigration […]
SAN FRANCISCO, CA・18 HOURS AGO
KRON4 News

SAN FRANCISCO (KRON) – A third candidate has announced a bid for San Francisco District Attorney in November’s special election, according to a press release. The entry of John Hamasaki, an attorney and former San Francisco police commissioner, balances out sitting DA Brooke Jenkins and former police and fire commissioner Joe Alioto Veronese in the […]
SAN FRANCISCO, CA・21 HOURS AGO

OAKLAND, Calif. (KRON) – On Friday morning, Vice President Kamala Harris will be in Oakland, her birthplace, to launch the Generation Fund with Mayor Libby Schaaf.  The fund will give a total of $50 million to support low-income students ages 20-35. $500 in college savings accounts will be made for all Oakland babies born within the […]
OAKLAND, CA・1 DAY AGO
KRON4 News

Recalled SF School Board member announces run for board commissioner

SAN FRANCISCO (KRON) — A familiar face is returning to run for Commissioner of the San Francisco School Board. One of the three recalled board of education members made the announcement on Thursday night.  On Friday, she explained why she is running again. “I know that it’s going to be a fight, and we don’t […]
SAN FRANCISCO, CA・16 HOURS AGO
KRON4 News

SAN FRANCISCO (KRON) — The luxury apartments at 33 Tehama Street in San Francisco have flooded for the second time in just two months. No one’s lived in the building since the first water main failure in June. Now, residents worry about yet another roadblock in returning to their homes. “Life has been completely disrupted […]
SAN FRANCISCO, CA・1 DAY AGO

SAN FRANCISCO (KRON) – U.S. Vice President Kamala Harris and California Gov. Gavin Newsom will be returning home to the Bay Area for separate events Thursday morning. Harris will be in San Francisco where she will hold a roundtable with state legislators and reproductive health care advocates, according to the White House. Her visit comes […]
CALIFORNIA STATE・2 DAYS AGO
KRON4 News

(BCN) — The city of Stockton is asking residents to fill out a survey and give their input about the new Victory Park pool renovations. The 10-question English and Spanish survey can be found at http://www.stocktonca.gov/government/departments/publicWorks/projVictoryPool.html and will be available until Sept. 6. Victory Park pool first constructed in 1948 is located at 1001 N. […]
STOCKTON, CA・21 HOURS AGO
KRON4 News

SAN FRANCISCO (KRON) – Brooke Jenkins, who was appointed San Francisco District Attorney by Mayor London Breed last month after being the public face of the recall of her predecessor, was paid more than $100,000 to consult a nonprofit formed by a billionaire who helped bankroll the recall effort, multiple media outlets have reported. Jenkins, […]
SAN FRANCISCO, CA・2 DAYS AGO
KRON4 News

ALAMEDA COUNTY, Calif. (KRON) — A laundromat business owner has moved his entire family out of the Bay Area. His businesses may soon follow. The problem? A wave of crime. And there is video proof. “They had a stolen truck,” said laundromat owner Derek Thoms who relocated from the East Bay to Alabama. “They back […]
ALABAMA STATE・2 DAYS AGO

SAN FRANCISCO (KRON) — Former San Francisco District Attorney Chesa Boudin has questioned the integrity of his successor after stories emerged early Wednesday indicating she had been paid $100,000 for consulting in the effort that saw him recalled. Reports emerged in the San Francisco Chronicle and other outlets that current SF DA Brooke Jenkins had […]
SAN FRANCISCO, CA・2 DAYS AGO
KRON4 News

RIO VISTA, Calif. (KTXL) — Law enforcement will restart the search for a potentially drowned man on Thursday after their search was unsuccessful near Sandy Beach Boat Launch on Wednesday, according to the Solano County Sheriff’s Office. At 4 p.m. on Wednesday the sheriff’s office said they received a report of a potential drowning of […]
SOLANO COUNTY, CA・1 DAY AGO
KRON4 News

On Tuesday the San Francisco Board of Education voted to recognize Eid as an official school holiday, but one member of the Board voted no, according to a press release from
SAN FRANCISCO, CA・2 DAYS AGO
KRON4 News

(KRON) — On Wednesday, Livermore police arrested a man who had 26 pounds of marijuana in the trunk of his car and an unregistered Glock 9MM handgun, according to a social media post from the Livermore Police Department. The man, a 27-year-old from Modesto, was pulled over in a 2012 BMW near Greenville Road and […]
LIVERMORE, CA・1 DAY AGO
KRON4 News

(BCN) — A federal judge ruled on Wednesday that sentencing for a Napa naturopathic doctor accused of selling fraudulent COVID-19 vaccination cards and immunization pills will be set for November after the court denied her motion to withdraw her guilty plea, court records show. Juli Mazi, 41, pleaded guilty in April in federal court to […]
NAPA, CA・1 DAY AGO

https://KRON4.com
Is this article relevant to you?