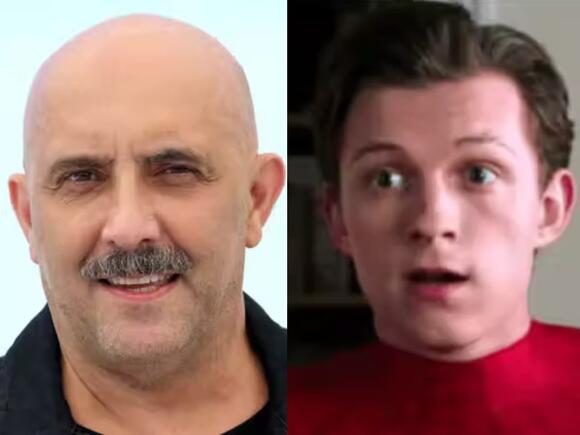 The acclaimed French-Argentine filmmaker – famous for his 2002 film Irreversible starring Monica Bellucci and Vincent Cassel – spoke about current cinema in a new interview with The Independent.

“Do you think the Marvel movies are turning the Americans stupid or is the whole of America turning so stupid that they need such stupid movies to represent their minds?”

Noé is known as a controversial filmmaker, having attracted criticism for depicting a rape scene over 10 minutes long in his film Irreversible.

Elsewhere in the interview, Noé spoke about the recent success of his 2015 movie Love, which attracted huge audiences on Netflix when it was added to the streaming giant in 2020.

Noé is not the first filmmaker to criticise superhero movies, with The Godfather director Francis Ford Coppola calling them “despicable”.

Prior to that, Martin Scorsese said that he had “tried” to watch movies from the MCU, but later decided that they are “not cinema”. He compared them instead to “theme parks”.

“It isn’t the cinema of human beings trying to convey emotional, psychological experiences to another human being,” said Scorsese.

Noé’s recently released film Vortex – about an elderly couple in Paris nearing the end of their lives – has received hugely positive reviews from critics. You can read The Independent’s four-star review of Vortex here.

Mark Laita, the host of the Soft White Underbelly youtube channel, is one of the first to highlight the Whittaker family. Mark first came to know the Whittaker family in 2004 while working on his book ¨Created Equal¨.
ODD, WV・7 DAYS AGO
The Independent

Beyoncé and Jay-Z had the most married couple moment at the 2023 Grammys and it’s sparked some hilarious reactions from fans online.It was a big night for Beyoncé at this year’s Grammy Awards. The Renaissance singer took home her 32nd Grammy to become the most decorated artist in the award show’s history.She also scooped up early wins at the start of the ceremony, but even she got stuck in traffic and arrived fashionably late to the 65th annual Grammys. When she was finally seated, host Trevor Noah approached the table to present her with the award she had missed.But...
9 HOURS AGO
The Independent

Katherine Schwarzenegger has opened up about the downsides of fame, and why she tries to avoid responding to criticism of her husband Chris Pratt.Schwarzenegger, 33, spoke candidly about life in the spotlight, and what she learned growing up with her famous parents, journalist Maria Shriver, and actor and former governor of California, Arnold Schwarzenegger, while speaking to The New York Times.According to the author, who shares daughters Lyla, two, and Eloise, eight months, with the Guardians of the Galaxy star, she tries to ignore negativity at the guidance of her mother, who warned her against the “never-ending” trap of...
CALIFORNIA STATE・1 DAY AGO
musictimes.com

Madonna graced the 2023 Grammy Awards stage on Sunday to present another singer's performance. However, she quickly shared a speech to the crowd and those watching from home. The "Material Girl" singer told everybody, "I'm here to give thanks to all the rebels out there, forging a new path and taking the heat for all of it."
2 DAYS AGO
The Independent

Elizabeth Chambers recalls finding out about Armie Hammer allegations: ‘There are no words’

Elizabeth Chambers has broken her silence on the various allegations facing her ex-husband Armie Hammer.The Call Me By Your Name star was accused in 2021 of rape by one woman, and of sexual misconduct by multiple others.Around the same time, unverified messages allegedly sent by Hammer were circulated online, which contained graphic sexual fantasies and mentioned cannibalism.Hammer denied any criminal wrongdoing, but admitted to being “emotionally abusive” and treating people poorly.In a new interview with Elle, TV personality Chambers recalled hearing about the allegations for the first time.“I was learning things as the public was,” Chambers said. “I was...
7 HOURS AGO
Cinemablend

As Kanye West Was Finally Tracked Down By Lawyers, His L.A. Ranch Is Making Waves For Being An Abandoned Mess

Kanye West's lawyers track him down, as reports on the state of his L.A. ranch make the rounds.
LOS ANGELES, CA・1 DAY AGO
The Independent

The unverified rumours surrounding Adele‘s Grammys “walkout” following Harry Styles’s win has been cleared up.After the ceremony, which took place on Sunday (5 February), a video was shared on social media appearing to show an unimpressed Adele after Styles was named as Album of the Year winner.Many claimed that Adele didn’t applaud Styles. These rumours were swiftly followed by claims that Adele walked out of the Los Angeles venue before the “As It Was” singer delivered his acceptance speech.Lizzo has now debunked these rumours by releasing a TikTok video, which has been viewed 10m times, in the immediate aftermath...
14 HOURS AGO
The Independent

Elizabeth Chambers reflected on spending the Covid-19 lockdown with ex-husband Armie Hammer.Early in the pandemic, the former couple and their two young children quarantined with Hammer’s father and stepmother at their home in the Cayman Islands.Speaking with British GQ at the time, the disgraced Call Me by Your Name actor said lockdown made him feel “like a wolf who got caught in a snare”.“A wolf who wanted to chew his own foot off,” Hammer described. “I was just like, ‘I can’t do this.’”“He was the worst,” Chambers told Elle of Hammer during the lockdown.According to Chambers, it wasn’t long...
CALIFORNIA STATE・6 HOURS AGO
The Independent

Melanie Lynskey had a few choice words for America’s Next Top Model winner Adrianne Curry after the model body-shamed her.Lynskey took to Twitter on Wednesday to repost the since-deleted tweet from Curry, who was the season one winner of ANTM in 2003. The TV personality tweeted a photo of the actor from her photoshoot with InStyle in August 2022, which featured the Yellowjackets star posing in a brown, sparkly gown and a multi-coloured cape.Curry criticised Lynskey’s figure in the tweet and claimed that her shape didn’t fit the role Lynskey was cast in for the drama series The...
4 HOURS AGO
The Independent

Netflix viewers have called on others to help the streamer’s “underrated” Lockwood & Co land a second season. Despite minimal press and promotional content, the eight-episode detective fiction has managed to secure the No 2 spot on Netflix UK’s Top 10 watchlist, having arrived on the platform on 27 January.Based on British author Jonathan Stout’s supernatural book series of the same name, the show follows Lucy (Ruby Stokes), a girl with psychic abilities. Lucy joins the ghost-hunting agency Lockwood & Co, which is run by teenagers Anthony (Cameron Chapman) and George (Ali Hadji-Heshmati).Together, without adult supervision, the trio battle...
2 DAYS AGO
The Independent

Many Twitter users found themselves unable to tweet, follow accounts or access their direct messages on Wednesday as the Elon Musk-owned platform experienced a slew of widespread technical problems. “Twitter may not be working as expected for some of you. Sorry for the trouble. We’re aware and working to get this fixed,” the company tweeted from its “support” account. Further details were unavailable Wednesday and an email seeking comment from the company's press account went unanswered. Twitter has dissolved its media relations team. Users first noticed the problem when they tried to send tweets and received a message saying they...
1 HOUR AGO
The Independent

Voices: The way we talk about women like Amanda Holden reveals one of our deepest fears

There is a trope in movies and TV that occurs so often I’m not sure we even notice it anymore: a woman stands in front of a mirror and uses the palm of her hands to lift her face. Usually, she hones in on her forehead, lifting her eyebrows and eyes to the place where they perhaps used to sit. It’s a brisk, lazy way of telling an audience, “this woman is feeling haggard”.As a child, I never understood exactly what they were doing, these women who appeared entirely normal looking, if a little tired. Why they were dragging...
2 DAYS AGO
The Independent

The Walt Disney Co. will cut about 7,000 jobs as part of an ambitious companywide cost-savings plan and “strategic reorganization” announced Wednesday by CEO Bob Iger.The job cuts amount to about 3% of the entertainment giant's global workforce and were unveiled after Disney reported quarterly results that topped Wall Street’s forecasts. Iger returned as CEO in November following a challenging two-year tenure by his handpicked successor, Bob Chapek. The company said the job reductions are part of a targeted $5.5 billion cost savings across the company. As of Oct. 1, Disney employed 220,000 people, of which about 166,000 worked...
CALIFORNIA STATE・3 HOURS AGO
The Independent

Twitter and Instagram appear to be suffering outages after thousands of users reported problems with the two social media apps.Down Detector, a website that tracks internet outages, showed a large spike in user glitch reports for Instagram beginning around 10.48am Pacific Time on Wednesday.A similar spike was also visible for Twitter, Facebook, Facebook Messenger, and several other services, beginning around 12pm or 1pm.Several reporters for The Independent were unable to tweet on Wednesday, instead getting an error message that said: “You are over the daily limit for sending tweets.” The usual daily limit is 2,400 tweets.Numerous Twitter users who were...
3 HOURS AGO
The Independent

King Charles III has cancelled his annual skiing trip to Klosters for the first time in 45 years.The King traditionally visits the Swiss ski resort in either February or March – but the winter holiday will not go ahead this year.It has been widely reported that the move is aimed at avoiding potential injury ahead of the coronation in May. Sources have reportedly said the Royals are also mindful of the message a ski trip would send during the cost of living crisis. The Sun has quoted a senior palace source as saying: “There are many factors at play, not least...
13 HOURS AGO
The Independent

Titles incorporating themes of mental health lead the shortlist for the Waterstones Children’s Book Prize for 2023.The winner, which will be selected from a total of 18 books across three categories and voted for by Waterstones booksellers, will be announced during a ceremony on March 30.With six books nominated in each category, the illustrated books nominees include The Missing Piece, by author Jordan Stephens and illustrator Beth Suzanna, which is a story about family and friendship and gently tackles how to overcome feelings of isolation.Elsewhere in the category, Gretel The Wonder Mammoth, by Kim Hillyard, explores the difficulties and anxiety...
3 HOURS AGO
The Independent

Netflix steps up its effort to get paid for account sharing

Netflix has a plan to deal with rampant account sharing: a program that lets subscribers pay extra to share their account with people outside their household.The streaming giant introduced paid sharing in Canada, New Zealand, Portugal and Spain on Wednesday. It was previously rolled out in multiple markets in Latin America.While Netflix won’t say when paid sharing will come to other countries, some version of the plan is expected to be introduced in the U.S. in the next few weeks. Around one-third of Netflix's subscribers live in the U.S. and Canada.Netflix has more than 231 million paid subscribers in 190...
5 HOURS AGO