We’re not in a housing bubble, say Zillow economists 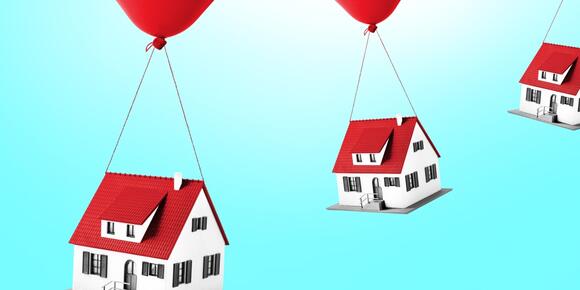 Sign up for the Fortune Features email list so you don’t miss our biggest features, exclusive interviews, and investigations.

While the hot labor market has put upward pressure on incomes—with private sector wages up 4.8% over the past year—it isn't rising fast enough to account for the uptick in home prices. That disconnect has many in the real estate industry on edge. A housing market that has become detached from economic fundamentals also has more economists posing the bubble question: Are we staring down another 2008-like housing bust?

That's something economists at Zillow have been researching. On Monday, Zillow published a paper declaring that we are not inching toward a housing bubble or crash. They also argue that housing bubble fears are actually making matters worse and could drive home prices even higher.

“The expectation of another [housing] crash could contribute to keeping homes so unaffordable. Builders have been firing on all cylinders, and with more homes under construction than any time since 1973, they understandably feel exposed in the event of a housing downturn. If they trim their construction plans out of caution, we will miss out on one of the best hopes we have for net new inventory on the market, and the inventory crunch that’s helped push prices up will persist for longer than expected,” write the Zillow researchers.

Simply put: Zillow researchers think if homebuilders reduce production out of housing crash fears, it could keep inventory levels suppressed. Of course, the lack of inventory has been among the major drivers of the ongoing housing boom. The fact that home shoppers far outnumber homes for sale gives buyers little choice but to engage in bidding wars.

It’s understandable that the ongoing construction and housing booms have so many U.S. homebuilders feeling uneasy. After all, the last U.S. housing crash saw homebuilding go into a decade-long slump. At the height in 2006, monthly new housing starts peaked at 2.3 million. Over the coming years, new home construction kept falling until bottoming out at 478,000 in April 2009. That period put many homebuilders and subcontractors out of business. Firms that did survive were humbled and have since adopted more conservative business approaches.

While Zillow doesn't believe we're in a housing bubble, others aren't so sure. Back in March, the Federal Reserve Bank of Dallas put out a research paper titled Real-Time Market Monitoring Finds Signs of Brewing U.S. Housing Bubble. The Dallas Fed researchers found home prices are rising much faster than underlying economic data should support.

“The gap between the actual price-to-rent ratio and its fundamental-based level in the U.S. has grown rapidly during the pandemic—comparable to the run-up of the last housing boom—and started showing signs of exuberance,” write the Dallas Fed researchers. However, they go on to say if a housing correction does come, it shouldn't resemble the 2008-type crash and the foreclosure crisis that followed. Unlike the 2000s housing bubble, homebuyers these days are in better financial shape and should be better prepared to weather an economic storm.

That Dallas Fed paper is hardly an outlier. Over the past month, Fortune reached out to researchers at CoreLogic, Moody’s Analytics, and the Real Estate Initiative at Florida Atlantic University to get their regional analysis of U.S. housing markets. Looking at the data through a historical lens, researchers at those organizations tried to answer if local home prices are overpriced relative to local incomes. Researchers at Moody’s Analytics labeled 96% of regional housing markets as “overvalued,” while Florida Atlantic University finds 100% of housing markets are “overpriced.” Meanwhile, CoreLogic’s data (see chart above) labels 64% of regional housing as “overvalued.”

Mark Zandi, chief economist at Moody's Analytics, agrees with Zillow's assessment that the U.S. housing market is not in another housing bubble. Zandi tells Fortune that a housing bubble requires both home price overvaluation and speculation driving the market upward. While the market is overvalued, he says, it doesn't appear to be driven up by speculation this time.

That said, Zandi does believe that U.S. home price growth is about to flatline over the coming year as spiking mortgage rates price out more homebuyers. But that economic shock caused by higher mortgage rates will hurt some markets more than others. Zandi predicts that extremely "overpriced" housing markets, like Phoenix and Charlotte, could see 5% to 10% price declines.

Zillow disagrees with Zandi. The home listing site is forecasting that U.S. home prices are poised to rise 14.9% between March 2022 and March 2023. The reason? They believe homebuyer demand, underpinned by a demographic wave of millennials entering the market, will continue to outmatch supply. Even if their forecast proves wrong, they’re highly skeptical home prices could fall by much.

"If prices did begin to fall, we know there are millions of stymied first-time buyers, or younger millennials soon to be aging into that situation, waiting in the wings to snap up homes if they see a bargain," write the Zillow researchers. "Those first-time buyers will continue to feel the pressure from rising rents, which jumped 17% in just the past 12 months. And a generally high-inflation environment will keep homeownership looking attractive as a hedge against inflation."

Following any of Zillow’s advise will leave you bankrupt. They’ve been right about absolutely nothing. Who would believe them now?

Zillow saying there is no housing bubble is a bit difficult to swallow considering their conflict of interest. Their business model relies on people buying homes, so if that drops they will lose business

Well, Zillow’s home buying and selling operation went out of business. Did these same economists come up with the business concept or forecast its demise?

The housing market recession could be bottoming out. What does it mean for home prices?

Employers cut 35,000 temporary jobs last month. Economists say it may be a preview of what’s to come: ‘For me, it’s a real warning sign’

Employers cut 35,000 temporary workers last month, marking the largest monthly drop since early 2021, according to data from the St. Louis Federal Reserve. The reductions bring the total number of cuts from August to December to more than 110,000, leading many economists to fear that the labor market is taking a turn for the worse.
3 DAYS AGO
Fortune

Experts weigh in on the latest GDP report. Was the fourth quarter the economy’s final hurrah?
1 DAY AGO
Fortune

Inflation has reduced the value of social security benefits to recipients. But there will be further cuts in the long run. Experts say the increasing needs of seniors are burdening small benefit reserves. Americans are living longer because of lower lifestyle risks. Life expectancy was 47 years in 1900 and it was 76 in 2021.
3 HOURS AGO
Fortune

There’s a big skills gap at work right now. These are the top 10 skills employers are looking for

Bill Gates, seen here at the Australian Open on Thursday, considers China's rise a net positive. Bill Gates sees China’s rise as a “huge win for the world.” But he knows that not everyone shares his view. Speaking this week at the Lowy Institute, a think tank...
WISCONSIN STATE・1 DAY AGO
Fortune

At the opening of Atlantis the Royal, Queen Bey reportedly slept in $100,000 a night accommodations.
3 DAYS AGO
Fortune

With egg prices up 137% from a year ago, shoppers are trying to bring them in from Mexico.
2 DAYS AGO
Fortune

He claims to have made $8 million in just 6 years.
ARIZONA STATE・10 HOURS AGO
Fortune

Russia's war in Ukraine is piling on pressures that threaten a crisis in global food supply.
1 DAY AGO
Fortune

Half of the world’s population is under 30–but they have little say over the decisions that shape their future. It’s time for young people to be seen and heard in the halls of power

The public trusts young people to participate in decision-making–but they remain massively underrepresented in public life. Today, our world is home to the largest generation of young people in history. But what kind of world are these young people going to inherit? It’s time for all generations to unite–and together tackle some of the most pressing issues facing the world. And the first step is to make sure young people are meaningfully included in decision-making spaces around the world.
2 DAYS AGO
Fortune

Forget Big Tech—Emerging market stocks will be the leaders of the next decade as India takes China’s thunder, Morgan Stanley IM says

China is “at the eye of a de-globalization storm,” JPMorgan’s emerging markets specialist Jitania Kandhari said Tuesday—and India may be the biggest beneficiary. “Everything that is not working for China is working for India.”
2 DAYS AGO
Fortune

Big tech CEOs like Zuckerberg, Pichai and Elk are all ‘taking full responsibility’ for massive layoffs—here’s why they’re all using the same language and what effect it has

Big tech CEOs like Zuckerberg, Pichai and Elk are all ‘taking full responsibility' for massive layoffs—here's why they're all using the same language and what effect it has. Sajjad Hussain—AFP/Getty Images; David Paul Morris—Bloomberg/Getty Images; Drew Angerer—Getty Images. “I take full accountability for the moves...
3 DAYS AGO
Fortune

Working from home saves employees 2 hours a week in commute time, and they’re spending it in ways CEOs don’t expect

Working from home saved people roughly two hours a week in commute time, according to the National Bureau of Economic Research. Something is typically considered to be a cliché only after being a long established, entrenched truism. Like if you’re at the office Keurig machine and say to a coworker, “Man, traffic was hell this morning.” Innocuous pleasantries about traffic as a conversation piece is a cliché—but only because it’s also fact.
3 DAYS AGO
Fortune

Despite a dip in job security, workers are not willing to forgo flexibility and work-life balance, according to Randstad's research.
2 DAYS AGO
Fortune

Men with college degrees are working fewer hours compared to women with similar education. The Great Resignation, quiet-quitting, and a looming recession have caused major changes to the labor force. First, workers quit in droves due to a pandemic-induced burnout. Then, some of the ones who stayed on the job quietly started doing the minimum work required.
2 HOURS AGO
Fortune

Rupert Murdoch’s Fox and News Corp. merger falls apart after the Australian billionaire withdraws his proposal to combine them

Murdoch indicated that the combination was "not optimal at this time," according to a press release from News Corp.
3 DAYS AGO