A week after dangerous storms hit Seminole and other parts of Oklahoma, the U.S. House approved legislation by Rep. Stephanie Bice to upgrade and modernize the systems used by the National Weather Service to issue warnings by radio.

The bipartisan bill cleared 397-20 on Wednesday and headed to the Senate, where it may be fast-tracked.

“Whether it is an earthquake, tornado, chemical release, oil spill or Amber Alert, the NWR (National Weather Radio) broadcasts 24 hours a day, 7 days a week to 95% of the U.S. population,” Bice said during discussion on the House floor. “It is lifesaving and informative to everyone, no matter their location. Simply put, NWR is the single source for comprehensive weather and emergency information. 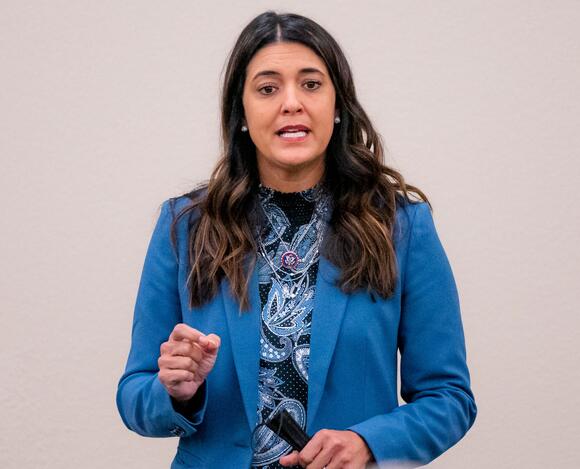 “Many of my constituents in Oklahoma heard alerts through their National Weather Radio receiver last week when severe weather and tornadoes struck Seminole County in the late evening. Thankfully, there have been no reported casualties, and that is due in large part to citizens heeding the warnings of the NWR.”

When was the National Weather Radio last upgraded?

“It should be obvious that technology has greatly advanced, as the very first iPhone wasn't available when these upgrades took place,” she said.

Bice said that, as the debate on the legislation was occurring, 19 National Weather Radio transmitters in the country were out of service and nine more had degraded signals.

According to the Congressional Budget Office, the bill would authorize $20 million to expand National Weather Radio coverage to underserved areas and $40 million to modernize the radio system by upgrading its legacy technology to Internet Protocol-based services, accelerating software upgrades and other updates.

Lucas is the top Republican on the Science, Space and Technology Committee, on which Bice serves and which cleared the legislation. Democrats on the panel also praised the bill.