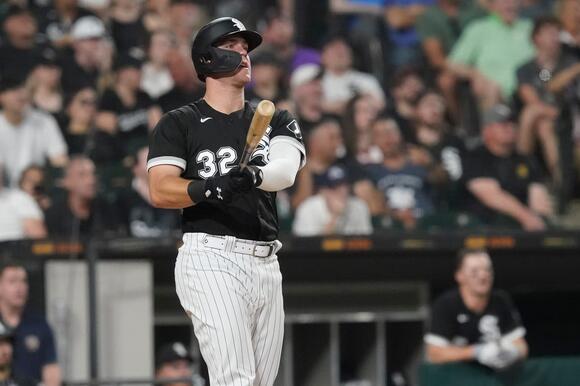 CHICAGO — Gavin Sheets homered in his second consecutive game, Tim Anderson had three hits and two RBIs and the Chicago White Sox shook off the previous night's big collapse and beat the Guardians 4-1 on Tuesday night.

Starter Lucas Giolito (2-1) pitched seven innings and gave up just the one run that came on a Josh Naylor homer to win his second consecutive start. He allowed six hits, struck out five and walked one.

The White Sox won their seventh of eight games, with the only blemish blowing the six-run lead in the ninth on Monday night and losing in 11 innings.

Anderson gave the White Sox a 1-0 lead with a single in the fifth, Sheets had his two-run shot in the sixth and Anderson then chased Guardians starter Cal Quantrill (1-2) with an RBI double in the seventh for the final tally.

Jose Ruiz got two outs in the eighth before Bennett Sousa retired Jose Ramirez on a groundout with a runner on second. Kendall Graveman worked the ninth for his second save in three chances.

Graveman walked Franmil Reyes with two out and gave up a single to Amed Rosario before retiring Andrés Giménez on a slow roller to first baseman Jose Abreu. A diving Giménez was initially ruled safe, but the call was overturned after a lengthy review.

Naylor, who hit the tying grand slam in the ninth Monday against closer Liam Hendriks and a three-run drive in the 11th, smacked a solo drive in the sixth. He had two hits.

The White Sox beat the Guardians for the first time in five games this season. 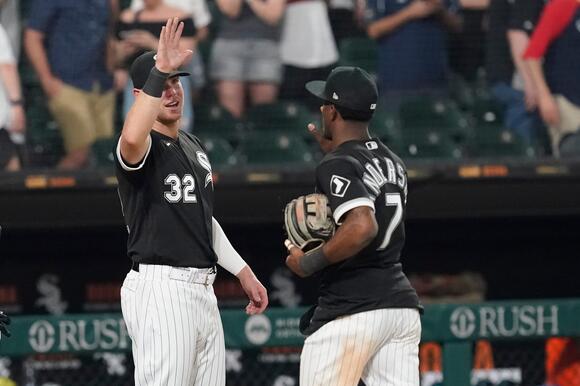 Major League Baseball dropped the one-game suspension of Anderson for giving fans the middle finger during a game on April 20. It was part of a settlement with the players’ association, in which Anderson agreed to a fine to avoid an appeal before MLB special adviser John McHale Jr.

Guardians: Right-hander James Karinchak (right back strain) might throw to some hitters during the Guardians' homestand next week, possibly May 20, manager Terry Francona said. Karinchak has been working out at the team's facility in Goodyear, Arizona. ... Francona expects infielder Yu Chang (COVID-19 recovery) to rejoin the team this week after he completes a minor league rehab assignment.

White Sox: Outfielder Eloy Jiménez said he is making quick strides in his recovery from a torn hamstring. Jiménez said Tuesday he is pain free and has been running and swinging. “We’re gonna be back sooner than later,” he said. He was injured trying to beat out a grounder at Minnesota on April 23 and had surgery a few days later. The White Sox said he would be out six to eight weeks. ... Manager Tony La Russa said outfie Andrew Vaughn (bruised right hand) will likely play in a few rehab games for Triple-A Charlotte, starting Wednesday.

Jose Ramirez homers, Emmanuel Clase gets 40th save in Guardians' win over Royals

CLEVELAND — José Ramírez hit a three-run homer and Emmanuel Clase closed for his major league-leading 40th save in the Guardians' 6-3 victory over the Kansas City Royals on Friday night. Ramírez put the American League Central Division champion Guardians ahead for good at 4-3 in the...
KANSAS CITY, MO・2 DAYS AGO
Akron Beacon Journal

CLEVELAND — Shane Bieber allowed two runs over five innings in his final start before the postseason, Josh Naylor and rookie Will Brennan hit three-run homers and the Cleveland Guardians defeated the Kansas City Royals 7-5 on Sunday. Bieber (13-8) is scheduled to start Game 1 of the wild-card...
CLEVELAND, OH・13 HOURS AGO
Akron Beacon Journal

The Guardians added some flexibility with their catchers and had a difficult decision with their most veteran reliever. On Saturday, Cleveland made a series of roster moves that could provide some clarity as it relates to the potential playoff roster heading into Friday's Game 1 of the Wild Card Series.
CLEVELAND, OH・14 HOURS AGO

Guardians outfielder Will Brennan has chance to impact playoff roster

Will Brennan has the distinction of being the 16th rookie to make his major league debut for the Guardians in 2022. He also has a distinct chance of playing a significant role on the Guardians' playoff roster. Brennan had his contract selected from Triple-A Columbus on Sept. 21, and in his short time...
BASEBALL・2 DAYS AGO