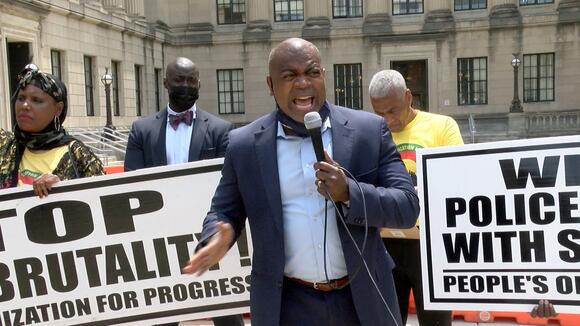 Baraka, who was first elected mayor in 2014, has 13,382 votes, compared with challenger Sheila Montague's 2,760 votes, with 96.4% of the districts reporting, according to the county election site.

Essex County Executive Joseph N. DiVincenzo Jr. tweeted: "Congratulations to Newark Mayor Ras Baraka on his re-election to a third term as Mayor! Looking forward to working with him to continue Putting Our Residents First!"

The election results will not be official until all of the mail-in ballots are counted.

John Connolly is a breaking news editor for NorthJersey.com. For unlimited access to all the major news happening in North Jersey, subscribe here. To get breaking news directly to your inbox, sign up for our newsletter .