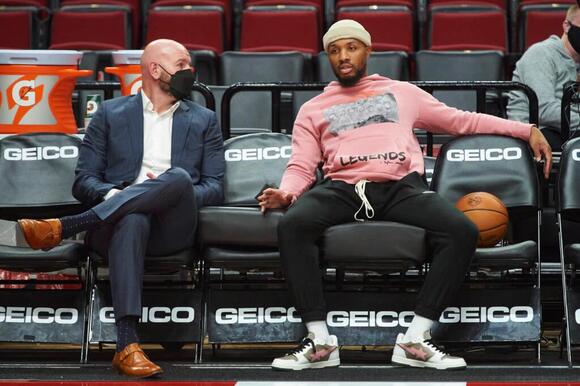 Joe Cronin has spent over 16 years in the Portland Trail Blazers organization. Promoted to assistant general manager back in 2021, he took over for general manager Neil Olshey on an interim basis back in December after the latter was fired .

Following an active NBA trade deadline back in February, most figured that Cronin would keep the GM job on a full-time basis for the downtrodden Blazers.

That’s now come to fruition. The Blazers announced on Tuesday that Cronin has been elevated to its general manager position and has signed a four-year contract.

“I would like to thank Jody and Bert for this opportunity and a long list of other incredible people that have put their faith and trust in me not only over the last six months, but the last 16 years. My focus has always been creating a championship team and culture that players, coaches, and staff want to be a part of. I look forward to continuing that focus with the vision that Chauncey, Dewayne, and I share while unifying our business and basketball operations on and off the court.”

Joe Cronin in press release, via the Blazers’ official website

This decision comes with Portland facing a franchise-altering offseason following an ugly 55-loss 2021-22 campaign. With Damian Lillard sidelined , the Blazers lost 21 of their final 23 games.

For his part, Cronin dealt the likes of C.J. McCollum, Norman Powell, Robert Covington and Larry Nance Jr. ahead of the February 10 NBA trade deadline. This was a clear indication that Portland intended to keep him long-term. It also opened up a ton of avenues for Cronin to help build around Dame moving forward into the summer.

Despite rumors of a potential Damian Lillard trade over the past calendar year, it seems likely that he’ll return to the Pacific Northwest for an 11th season. Lillard is among the most-loyal players in the NBA and has in the past pushed back against forming a super-team elsewhere.

If that is indeed the case, Portland’s goal will have to be to find a supporting cast that can elevate this team to championship contention. Prior to the 2021-22 campaign, Lillard-led Blazers squads had earned a playoff appearance eight consecutive years — only to fail to reach the Confernce Finals all but one time.

There’s definitely good news on this front. By virtue of the moves he made back in February, Joe Cronin has a ton of avenues to upgrade the roster behind Dame.

That includes what’s projected to be a top-eight pick in the 2022 NBA Draft, lottery results pending . Portland also boasts a massive $21 million trade exception that could be used in concert with draft picks to acquire another star behind Lillard. 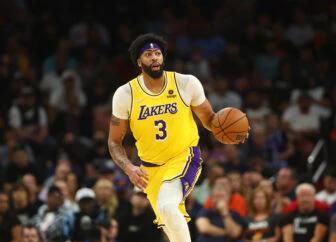 In addition to this, Cronin will have to look into extending both Anfernee Simons and Nassir Little — two potential building blocks.

In particular, Simons played exceedingly well down the stretch before suffering a season-ending left knee injury. The 23-year-old guard was just brilliant in his final 27 games — averaging 23.4 points and 5.8 assists on 42% shooting from distance.

Even then, the Lillard story will be something to watch this summer. He’s not going to push for a trade. But would be open to one if the Blazers opt to go in that direction.

“If they came to me and they wanted to trade me—I’m not going to fight them on wanting to trade me. I don’t want to be anywhere I’m not wanted. But I don’t think that’s the case,” Lillard said back in April .

It’s all going to be about the Blazers’ decision-making process under Joe Cronin this summe. We’re intrigued to see what he does with the entire organization firmly behind him.

Former Brooklyn Nets player Blake Griffin threw a little shade in the direction of his previous team this week as
BROOKLYN, NY・1 DAY AGO
Sportsnaut

Golden State Warriors star forward Draymond Green is facing potential disciplinary action from his own team once again. According to
SAN FRANCISCO, CA・18 HOURS AGO
Sportsnaut

Minnesota Timberwolves center Karl-Anthony Towns was so ill last week with a throat infection that he was hospitalized on bed
MINNEAPOLIS, MN・2 DAYS AGO
Sportsnaut

How many championships do the Golden State Warriors have?

The question of the Golden State Warriors championships during their existence sounds simple but it’s tricky. This is because until
SAN FRANCISCO, CA・8 HOURS AGO
Sportsnaut

Lebron James’ heart currently resides in Los Angles and his focus is on getting the Lakers a 17th championship, however,
LAS VEGAS, NV・6 HOURS AGO
Sportsnaut

The Indiana Pacers’ preseason got underway Wednesday evening against the Charlotte Hornets. The majority of the fans believe this season
INDIANAPOLIS, IN・9 HOURS AGO

3 things to watch in Phoenix Suns’ next two preseason games

The Phoenix Suns started their preseason schedule with a loss this week against the Australian team the Adelaide 36ers. The
PHOENIX, AZ・4 HOURS AGO
Sportsnaut

LeBron James made his post-retirement goals clear: He wants to own an NBA team, and he wants it in Las
LAS VEGAS, NV・6 HOURS AGO
Sportsnaut

Robert Sarver’s sale of the Phoenix Suns is not expected to be complete for 6-9 months after the embattled owner
PHOENIX, AZ・1 DAY AGO
Sportsnaut

Bookmark. Save. Favorite. Do your thing. This is the one-stop shop for everything NBA schedule-related heading into the 2022-2023 season.
NBA・10 HOURS AGO

How to Watch UFC Pay-Per-View Events on ESPN Plus

Before diving into the MLB games today rundown for the MLB Playoffs schedule, here are the final 2022 MLB standings.
HOUSTON, TX・1 HOUR AGO